States With the Most Pizza Places per Person 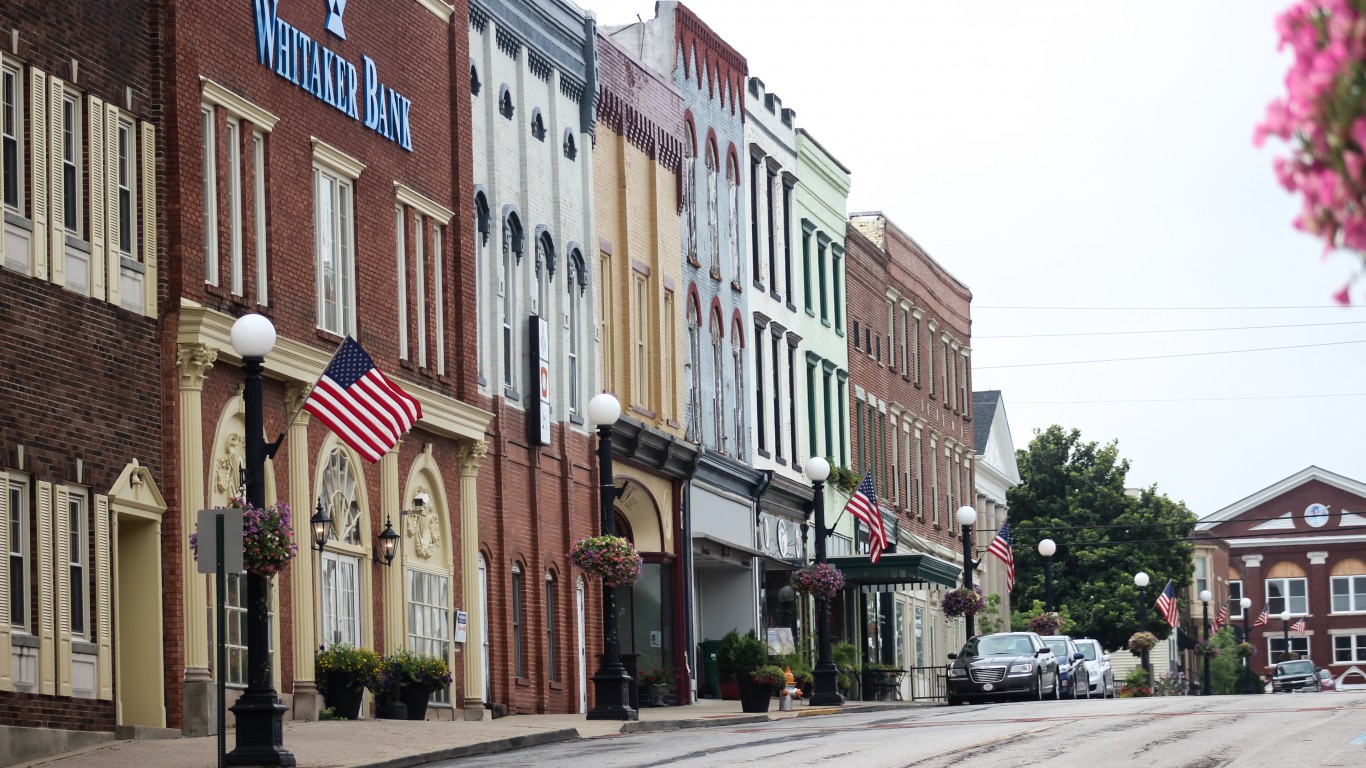 Source: JerryGrugin / iStock Editorial via Getty Images
Pizza is one of the four basic food groups, at least in the United States. Originally from Naples, it was brought to the U.S. by Italian immigrants in the 19th century. The first dedicated pizzeria opened in New York around the beginning of the 20th century — there are conflicting stories as to when exactly, though Lombardi’s in Manhattan’s Little Italy claims to have been the pioneer, back in 1905 — and now there are pizza places everywhere. (These are the 25 best pizza places in America.)

24/7 Tempo has assembled a list of the states with the most pizza places per capita, based on the Pizza Index 2021 published by the financial advisory site Expensivity. The site derived the number of pizzerias in each state from Yelp and MenuWithPrice, and 24/7 Tempo used U.S. Census Bureau data to add population figures, then used them to compute the number of pizzerias per 100,000 people.

The state with the largest number of total pizzerias is California, but because its population is so large, it falls to No. 43 on a per capita basis. At least in part for the same reason, the famous pizza capital of New York comes in at No. 24, while Illinois — famous for Chicago’s unique deep-dish pies — ranks only No. 12. (New York City and Chicago place highly, however, on our list of the best cities for pizza lovers.)

The No. 1 state for pizzerias per 100,000 residents is tiny Rhode Island. It may be the smallest state in area and the ninth-smallest in population — but a big percentage of that population is of Italian origin. The same is true of Rhode Island’s neighbor, No. 2 Connecticut, considered by some experts to have the best pizza in America. Hawaii, on the other hand, is the state with the fewest pizza places. It’s the farthest state from Rhode Island and its cuisine has more Asian influences than Italian.