Does Deal With Ford Offset Qualcomm's Potential Loss of Apple? 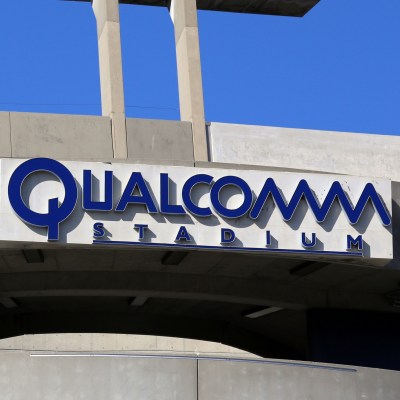 Source: Thinkstock
A late report on Monday cited sources who said that Apple Inc. (NASDAQ: AAPL) is designing its next iteration of iPhones and iPads with modem chips from Intel Corp. (NASDAQ: INTC) instead of long-time supplier Qualcomm Inc. (NASDAQ: QCOM).

Apple filed suit against Qualcomm last February claiming that the chipmaker used its market dominance to block competitors and to charge excessive royalty payments for the use of its technologies. Qualcomm, to no one’s surprise, disagrees.

Now Apple is claiming that Qualcomm is withholding software from the iPhone maker that would allow Apple to test the Qualcomm chips in the new versions of the mobile devices. Qualcomm says it has already tested the modem chips and they could be used in the next Apple devices.

This is a big deal for Qualcomm, which sold about $3.2 billion worth of modem chips to Apple last year and is on track to sell about $2.1 billion worth this year as it begins to split the business with Intel. Apple also paid $2.8 billion in royalties to Qualcomm last year, according to a report in The Wall Street Journal, and Apple stopped paying those fees to its manufacturers earlier this year. The manufacturers, of course, have stopped paying Qualcomm.

Losing a big chunk of Apple’s $6 billion modem purchases and royalty payments is a much bigger immediate problem for Qualcomm than the automobile testing program can replace this year, or even any near-term year. Embedded microprocessors will be a very big deal in both fully self-driving and driver-assisted autonomous driving over the next several years, but even if Qualcomm put a C-2VX processor in every new car sold in the United States next year that would still account for fewer than 18 million units. Worldwide, Apple sold nearly that many iPhones every month last year.

That’s not to say that developing a new market is not a good thing. The push for autonomous vehicles is becoming serious business and Qualcomm needs to be a player in that market. However, a long-term project that offers no return in the next three months — and may not earn a return for years — is not a favored strategy with investors. In comparison, the impact of losing Apple’s business is easy to calculate.

24/7 Wall St.
Will Apple Have Enough iPhone Xs to Go Around?
Get Our Free Investment Newsletter