What's Up With Apple: Epic Trial Drags On, New Apple Store in Rome, and More

Some observers expect the trial pitting Epic Games against Apple Inc. (NASDAQ: AAPL) to run through the rest of May. The trial already has run for two weeks, and for those of us not inclined to the nits of legal argument, the next two weeks could be very, well, trying.

Benedict Evans, formerly a venture capitalist at Andreessen Horowitz and now an independent tech analyst, thinks that whatever the outcome of the trial, Apple “will no longer be able to enforce its requirement for anyone selling content inside an iOS app to use its payment system and give it a 30% commission.” What is less clear is how that 30% will then get divided up.

For Apple, the real threat, according to Evans, is that the court (or the European Commission in its investigation of a complaint from Spotify) will “allow fintech companies to replace Apple’s in-app payment system itself, or indeed to replace Apple Pay–to allow other companies to offer frictionless payment on the phone instead of Apple.”

Evans thinks that is unlikely, but it is Apple’s worst-case scenario. Apple made more revenue last year from App Store commissions ($15 billion) than the entire music industry made from streaming and music downloads. 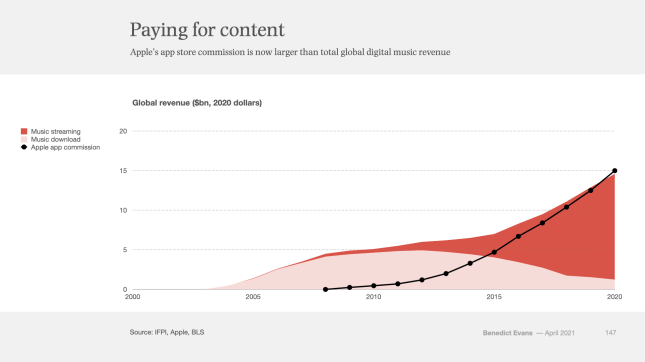 For Apple, there’s a lot at stake, and a four-week trial is worth the cost. Epic Games has at least as much at stake. So, strap in, because there are more twists and turns coming.

According to a report at MacRumors, Apple will introduce its third-generation AirPods next week, along with the company’s also-rumored high-fidelity tier for Apple Music, aka HiFi. Citing Apple YouTuber Luke Miani, MacRumors reports that Apple will release the new AirPods through an Apple Newsroom update and a website refresh. Apple analyst Ming-chi Kuo already has said that Apple will begin producing the new AirPods in the third quarter of this year.

Apple is about to open a new store on the Via del Corso in the central shopping district of Rome. The new store will be the company’s 17th in Italy, and the opening has been delayed for a year due to the COVID-19 pandemic.

Italy’s La Stampa news site has reported that the windows of the Via del Corso store displayed Friday morning a new rendition in Carrara marble of the Apple logo. 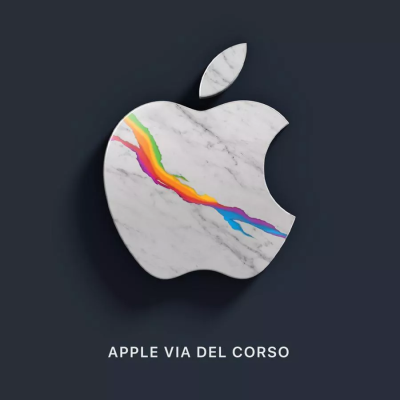