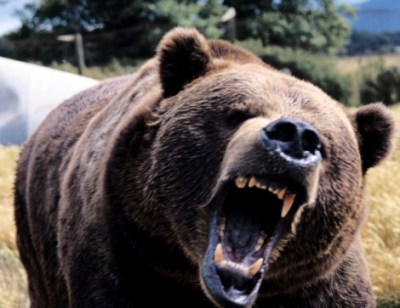 Source: Thinkstock
This week’s highly anticipated launch of Research In Motion Ltd. (NASDAQ: RIMM) BlackBerry 10 (BB10) operating system could well prove to be the defining moment for the troubled company. With the stock price having almost tripled from a capitulation low of $6.30 on September 24 last year to $17.54 on January 25 of this year, this event could mark the beginning, or perhaps the beginning of the end for this one time Wall St. high flyer.

Once the standard for business, government and personal use, the rise and fall of the BlackBerry and its former “Crackberry” culture has been well documented. Giving users the first fully functional handheld device for email, instant messaging and Internet, more than 200 million units were shipped since its introduction as an email/pager in 1999. The on-device message encryption system made it safe for users as high profile as the president of the United States. But a total miscalculation of the marketplace and the advent of Apple Inc. (NASDAQ: AAPL) iPhone and its operating system (iOS) and Google Inc. (NASDAQ: GOOG) Android operating system proved to be the downfall.

Tomorrow’s launch of BlackBerry 10 will take place in New York City, and analysts at UBS A.G. (NYSE: UBS) expect a very bullish tone, with high-profile partners and customers likely present. With a new tagline, “Re-designed. Re-engineered. Re-invented,” RIM is attempting a comeback, but it appears late, at least in its current form, and the odds may remain stacked against the company. UBS reiterated their Neutral rating and a $9.50 price target. Shares are trading today near $15 down $1.22, and the consensus price target is $10. Given the high adoption of iOS and Android and a selling price for BB10 that is too high for emerging markets, the analysts do not see sales improving.

RIM has hinted it will launch two new handsets in early February to complement the release of BlackBerry 10. The company also is planning to air a TV commercial during the Super Bowl. The new phones are expected to be available to consumers in the second week of February. BlackBerry 10 faces an uphill battle, as the mobile operating system space is becoming increasingly crowded with Tizen, Ubuntu and Firefox all set to roll out phones in the near term. Analysts at Oppenheimer and Co. expect only one or two additional platforms to emerge (aside from Apple iOS and Android). In addition, with handsets approaching a level of technical and functional parity, they expect to see operating system diversification away from Apples iOS. The large migration to the affordable Android platform seems to confirm that.

UBS believes that RIM’s best chance of success longer term is to become a platform independent, mobile device management company (MDM) and exit their hardware business. With the BlackBerry 10 offering a container for the iOS and Android systems combined with 50% of the BlackBerry 10 functionality, that may be the case. With the subsidies paid to smartphone makers by carriers like AT&T Inc. (NYSE: T) Verizon Communications Inc. (NYSE: VZ) and Sprint Nextel Corp. (NYSE: S) all expected to have peaked and declined in 2013, the road back to prominence for Research In Motion looks extremely difficult at best.