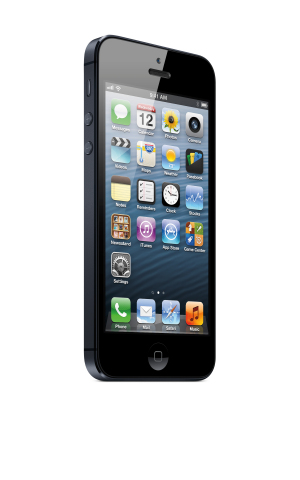 One of the company’s difficulties and challenges is that it does not offer the iPhone from Apple Inc. (NASDAQ: AAPL). Competitors China Telecom Corp. (NYSE: CHA) and China Unicom (Hong Kong) Ltd. (NYSE: CHU) both offer the iPhone to around 75 million customers on their 3G networks. China Mobile claims more than 114 million 3G customers at the end of the first quarter. The company also says it has more than 726 million total subscribers.

China Mobile’s strategy is to build out its LTE-4G network at a cost approaching $7 billion in 2013. Its existing 3G network is not compatible with the iPhone, and even if it were, the company’s 3G offering is considerably slower than those of its competitors. Both Apple and China Mobile have been looking forward to a deal that will get the iPhone on China Mobile’s improved network.

That is quite an opportunity for Apple — and for Samsung Electronics and its Galaxy smartphones. But serious issues remain. For example, of some 250 million new smartphones estimated to be sold in the Chinese market this year, the vast majority will be “no-name” brands using the Android operating system from Google Inc. (NASDAQ: GOOG). For Apple or Samsung to compete with these low-cost phone makers, they will need to come up with a device that sells for less than $100 and still maintains a decent margin. Samsung, which offers a broader line of price points in its smartphone offerings, is actually a better bet than Apple to pull this off.

Apple’s second problem is the fallout from the recent state-sponsored attacks on the company for its warranty and service policies. Besides the damage to Apple’s brand value in China, the attacks could induce China Mobile to negotiate harder for a better deal from Apple. If Apple wants a go at the carriers 726 million subscribers, it will have to cave in, and that will not help Apple’s margins either.

Once the savior of nearly any industry you could name, from heavy equipment makers like Caterpillar Inc. (NYSE: CAT) to automakers like General Motors Co. (NYSE: GM) and fast-food joints like Yum! Brands Inc. (NYSE: YUM), Chinese growth was forecast to fan the fires of growth for U.S. firms. But China’s recent slowdown is having its effect on all these industries, and smartphones could be the next to get knocked around.

Over the past couple of years Apple has done well in China, which generated more than 20% of the company’s revenue growth. Given the rise of no-name competition and the massive attack on the Apple brand, even a deal with China Mobile may not be enough to juice Apple’s shares again.