U.S. Attacks on Drone Use May Trigger Trouble for Amazon 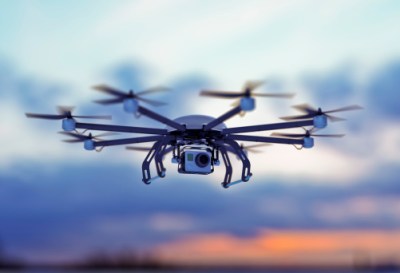 Source: Thinkstock
Unmanned drones are used by groups as widely dispersed as hobbyists who want to take videos of their neighborhoods to Amazon.com Inc. (NASDAQ: AMZN), which wants to use the machines to make deliveries. No matter what the use, it could be severely restricted by a ruling set by the National Transportation Safety Board (NTSB). Drones may not fly unregulated.

The case that will begin a clampdown in earnest concerned drone use by Raphael Pirker, who flew his machine over the campus of the University of Virginia in 2011. In its opinion on Pirker’s actions, NTSB officials said:

In reaching its decision, the Board determined the FAA may apply the regulation that prohibits operation of an aircraft in a careless or reckless manner to unmanned aircraft.

“Careless and reckless” are apparently open to interpretation. The Federal Aviation Administration (FAA) has already prohibited the use of most drones for commercial reasons. The NTSB decision reinforces that.

The drone business has expanded rapidly in the United States. The devices can be cheap and easily operated. The Verge recently pointed out that powerful drones are available for about $1,000. Whether the drones are used for personal reasons or commercial ones is not part of purchase restrictions. People make decisions one by one about how they will use the machines.

Amazon and other companies that want to use drones for commercial purposes need to worry about the NTSB action. Should it be supported by courts, the introduction of new services involving drones may be completely blocked.

Businesses large and small are also waiting for guidelines that will allow the use of unmanned aircraft to deliver packages and even food.

Regulation of drone activity may stay in limbo for a long while. In the meantime, what was a rapidly advancing new technology could have only the most modest future.