Will Subaru Outsell Volkswagen in the US in 2015? 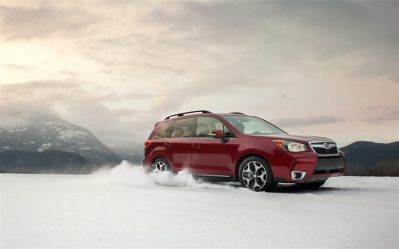 Source: Subaru of America Inc.
Volkswagen was the eighth-largest auto seller in the United States in 2014, with total sales of 595,988 units. The total includes sales of both VW and Audi brands, and it is down 2% compared with 2013 sales.

Including Audi sales, VW Group sales have increased from 313,581 in 2008 to nearly 600,000 in 2014, slightly less than double. There is no question that Audi has boosted group sales, but even with those added in the compound annual growth rate (CAGR) of group sales is just 9.7%, compared with Subaru’s CAGR of 15.5%.

Barring some unexpected catastrophe in 2015, Subaru is going become the number eight best-selling car maker in the United States, and it will take aim at number seven Hyundai/Kia, with its annual 2014 sales of 1.3 million units.