Detroit on Verge of Bankruptcy, Talks with Creditors Looking Awful 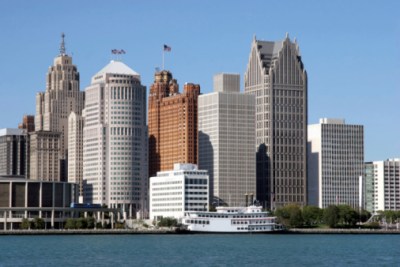 Source: Thinkstock
This week brought on a nasty credit rating downgrade from Standard & Poor’s for the City of Detroit. Now we have word that Detroit’s Emergency Manager Kevyn Orr has identified plans to a group of creditors, including banks and bondholders, as well as pension managers and unions. The changes, if they are approved and play out, will involve sacrifices by all parties. The long and short of the matter is that Detroit is at risk of becoming the largest municipal bankruptcy in U.S. history.

The Detroit News has just outlined its story. Bloomberg TV has reported that the city is suspending payments to unsecured creditors today, starting with a $40 million obligation. Its story is not yet out.

The plan that was outlined includes a cessation of payments to unsecured creditors. Some creditors are even reportedly being asked to take 10 cents or less on the dollar. By our own measurement, this is a nothing less than a credit default. Is it a surprise at all that Detroit is ranked as one of the most dangerous cities in America?

By our take, owning Detroit debt has been a risky venture for some time. Now it is about to get a lot riskier. Even though ten cents on the dollar may just be a starting point, this sets a very bad precedent for what other cities can try to do to get out of debt. Detroit suffers from legacy health care and pension debts that are dwarfing current operational costs. Those same retirees have done nothing wrong to the system individually, but those costs are getting in the way of paying for existing services.

If you think that this is just a Detroit issue, many cities just cannot afford another recession that leaves huge holes in its pension funding as well as lower property tax receipts and lower sales tax receipts. The risks that Meredith Whitney brought up after the recession may have at least some more validity after witnessing this.

Stay tuned. This likely is going to become very ugly. By the way, do not expect financial creditors to just take a pass here and accept whatever offers are being made just because it helps out the city of Detroit and its retirees. The creditors gave the city the money, and they are sure as hell going to want back every penny they can get.