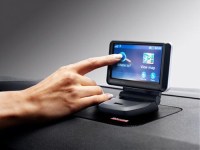 6. GPS
The increase in smartphones with GPS capabilities poses a huge threat to standalone GPS devices.  According to iSuppli, by the end of 2011 about 80% of phones will include GPS technology.  According to the company, the number of navigation-capable smartphones being used by 2014 will be greater than the number of standalone devices.  As a result, very few people will seek out GPS-specific devices such as those made by TomTom and Garmin.

7. PCs
There are plenty of studies which insist that smartphones will begin to replace the PC as the common vehicle for accessing the Internet.  Analyst firm Informa Telecoms & Media projects that smartphone traffic will increase 700% over the next five years.  IT research firm Gartner predicts that smartphone sales will outpace PC sales by 2012, if not earlier.  Google CEO Eric Schmidt, whose company’s mobile business has doubled over the last year, has expressed this sentiment as well.  As smartphones continue to feature more memory, storage capability, and stronger processing power, consumers will increasingly rely on them for Internet use instead of their clunky PCs. 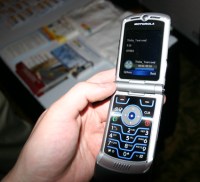 8. Regular Cell Phones
Just as smartphones are making other single-function devices more and more obsolete, they are pushing regular, “featureless” cell phones out of the competitive marketplace.  According to iSuppli, smartphone manufacturers Research in Motion and Apple claimed the fifth and sixth spots for top phone brands in the first quarter of 2010.  Both companies exclusively produce smartphones.  Nokia, however, saw its cell phone market share drop to 28.2% from 36.7%, underscoring its focus on non-smart phones.  According to Gartner, third quarter sales of smartphones nearly doubled.

Read More: How Long Before We Can Replace Oil? 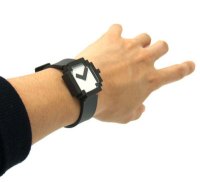 9. Watches
As more people have become equipped with mobile phones, fewer people have found a need to wear wrist watches.  From 2001 to 2006, the amount that Americans spent on watches dropped 17%, according to Experian Simmons Research.  This trend will most likely increase, as Tamara Sender of research group Mintel notes, “Many consumers have grown up with technology and are just as likely to associate the notion of checking the time with a mobile handset as with a watch and as they grow older this mindset will accompany them.”  It should be noted that many luxury watch brands, such Rolex, have remained popular.  This, however, is due to the fact that these watches are worn for fashion, not function. 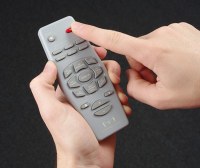 10. Remote Controls
Although it is hard to imagine there being a successful replacement for the television remote, smartphones are beginning to do just that.  Smartphones now offer apps that act as remote controls for television models made by Mitsubishi, Samsung, and Sonos.  Additionally, as Internet and television content become more and more intertwined, smartphone remotes seem an increasingly appropriate instrument of control.  The iPhone can currently be used for Apple TV boxes, and Google offers its own controls for its television services.  According to technology research firm Forrester Research, the number of homes with televisions that are connected to the Internet is expected to reach 43 million by 2015.

AMC Bankruptcy 'Off the Table' for the Foreseeable Future