The Fattest States in America 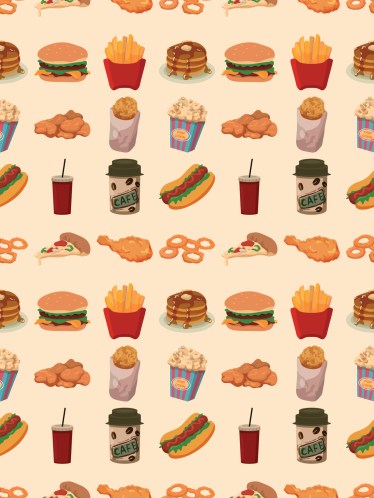 Source: Thinkstock
Many Americans consider obesity one of the nation’s most important health issues. Many also battle themselves with the problem every day. According to a recent report, 27.1% of all Americans were obese last year, up from 26.2% the year before.

While many in the United States continue to struggle with their weight, the problem is more pronounced in the southeastern part of the country. Six of the 10 states with the highest obesity rates last year were located in that part of the country. Mississippi was the fattest state in America, with 35.4% of its residents considered obese. Based on figures from the Gallup-Healthways Well-Being Index, 24/7 Wall St. reviewed the 10 states with the highest obesity rates.

Click here to see the Fattest States in America

Poverty is a key predictor that can lead to obesity. All but one of the nation’s 10 most obese states had a higher poverty rate than the U.S. overall, and four of these states were among the top five poverty rates.

In an interview with 24/7 Wall St., Dan Witters, research director for the Gallup-Healthways Well-Being Index, said, “There is no doubt that socioeconomic status is closely related with obesity.” He added, “Demographically, if you want to take a look and try and predict obesity on the ground inside the U.S., you’ll do so more with low income than [other major factors].”

Witters also noted the importance of educational attainment. Obesity, he explained, is inversely related to educational achievement. A number of factors explain this relationship, he added, including greater health literacy, better access to health care and cultural norms.

Outside of socioeconomic factors, certain behaviors are more likely to be connected with higher rates of obesity, Witters noted. “We found exercise is the top predictor of obesity, followed closely by smoking and by healthy eating.”

Indeed, seven of the 10 states with the highest obesity rates also had among the 10 highest smoking rates. Similarly, residents in many of these states were among the least likely Americans to eat healthy or to exercise regularly.

In seven of the 10 states where obesity was most prevalent, residents were among the most likely people in the nation to have had a heart attack. Each of these 10 states was also among the top 10 for the percentage of people diagnosed with diabetes. In West Virginia and Mississippi, 16.6% and 15.9% of survey respondents had been diagnosed as diabetic, second and third most nationally.

Based on figures published by the Gallup-Healthways Well-Being Index, 24/7 Wall St. identified the 10 states with the highest percentage of the population that was classified as obese, measured by their self-reported height and weight. We also reviewed other relevant figures from the study, including data on healthy behavior, access and health outcomes. Additionally, we also considered data from the U.S. Census Bureau’s 2012 American Community Survey on income and poverty. Data from the U.S. Department of Agriculture’s Economic Research Service on food access was also considered. Figures on heart disease deaths and life expectancy at birth, both as of 2010, are from the Kaiser Family Foundation.

These are America’s fattest states.