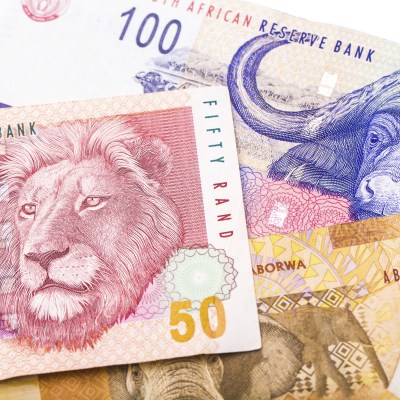 Source: thinkstock.com
Puerto Rico defaulted on its $58 million debt repayment this week for the first time in its history. With its failure to repay creditors, the commonwealth joins the ranks of countries and governments burdened by crippling debt levels and extremely low credit ratings.

Moody’s Investors’ Service rates seven countries Caa1 or worse, several tiers lower than Ba1, which still carries a significant credit risk. These countries are approaching or have narrowly escaped bankruptcy. Ukraine is rated Ca, which is currently the lowest credit rating of any country reviewed by Moody’s.

All seven national economies instill relatively little confidence among investors. However, Jamaica’s credit rating was upgraded by Moody’s this year, and Argentina’s and Belize’s credit ratings remained stable. The remaining four countries, on the other hand, were downgraded.

A country’s history of fiscal responsibility, including past defaults, and current compliance with IMF debt repayment plans, are major contributors to Moody’s evaluations.

Extremely high debt levels, which while not always a feature of unhealthy economies, can also contribute to a country’s poor credit rating. The debt of four of the seven countries was equal to more than 75% of GDP. In Jamaica and Greece, debt was well over 100% of GDP.

Political conflicts have also weakened some of these economies, which in turn has introduced more uncertainty and increased risk. Ukraine’s conflict with Russia over its annexation of Crimea, for example, and the resulting U.S. and European sanctions, have contributed to the country’s downgrade in March.

Borrowing funds in the international bond market is often far more costly for countries with poor credit ratings. Investors require greater returns on what they perceive to be riskier investments and charge higher interest rates as a result. For example, a 10-year U.S. Treasury Note has an annual yield of just 2.16%. By contrast, a comparable bond recently issued by Jamaica pays out 6.44% a year. Yields on 10-year Greek government bonds reached 29% in early 2012, just before the country defaulted.

Foreign investment is vital for most countries, particularly developing nations. To promote interest among investors, countries use a range of strategies. Often, these countries issue bonds in other, safer currencies in order to be more competitive in the international bond markets. Nations such as Argentina, Jamaica, Belize, and Ukraine have all issued bonds in other nations’ currencies. Inflation rates for common currencies such as the dollar, yen, and euro are typically far lower and more stable than the currencies of the issuing countries. This means that investors do not need to worry as much about their investment losing value.

Based on credit ratings provided by Moody’s Investors Service, 24/7 Wall St. reviewed the seven countries with credit ratings of Caa1 or worse. A rating of this level indicates considerable credit risk. Because many of these nations have significant debt in other currencies or have otherwise weak currencies, we used foreign currency ratings and outlooks for these nations. Figures on GDP growth, inflation, unemployment, population and debt levels are estimates for 2014 from the IMF’s World Economic Outlook.

These are the 7 countries at risk of default.