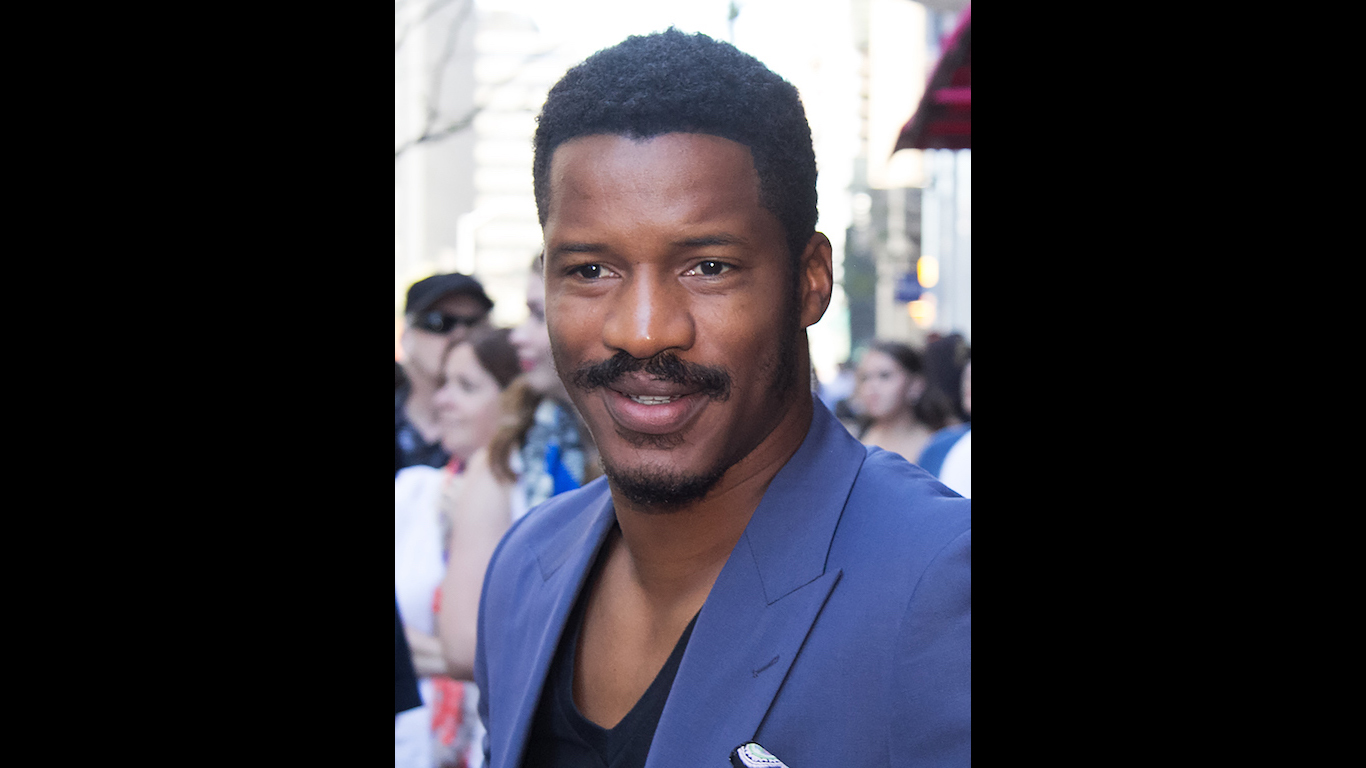 21. Nate Parker
> Occupation: Film director, actor
In 2016, Nate Parker’s debut film, “Birth of a Nation,” made history after Fox Searchlight Pictures acquired the distribution rights to the movie for $17.5 million, the most of any film screened at the Sundance Film Festival. Despite the early hype, “Birth of a Nation” — and Nate Parker’s reputation — took a hit when records surfaced of a 1999 rape charge against Parker and co-writer Jean McGianni Celestin. Though Parker was acquitted, the controversy cast a shadow over the film, which grossed just $15.9 million during its domestic cinematic run. While Parker received media training and public relations advice, some criticized his handling of the incident and his responses to questions related to the case as callous and unsympathetic. The controversy is likely to be a serious setback in Parker’s young career. 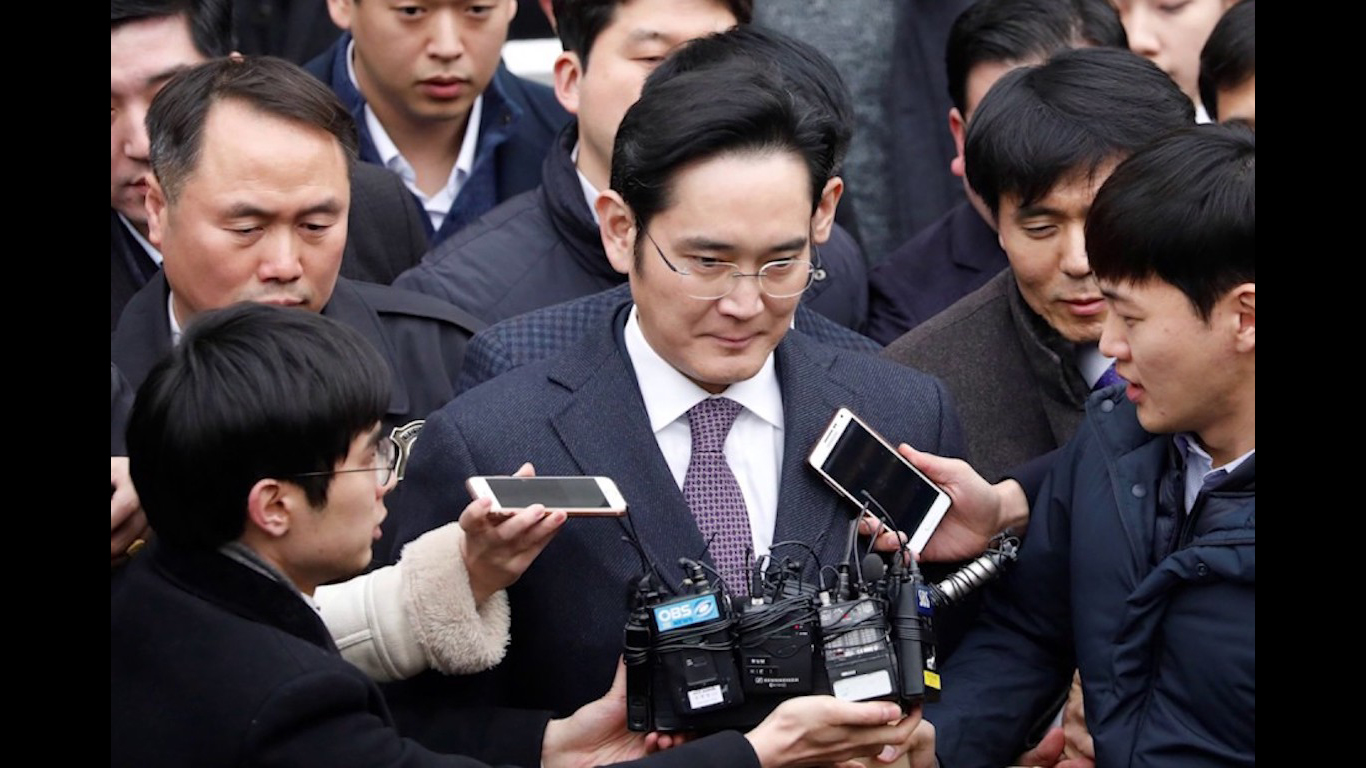 22. Jay Y. Lee
> Occupation: Vice Chairman of Samsung Electronics
Jay Y. Lee, vice chairman of Samsung Electronics, was arrested in February for his role in the political scandal involving former South Korea President Park Geun-hye, who would eventually be impeached. Lee was accused of paying $38 million in bribes to Park’s long-time friend Choi Soon-sil to expedite the merger of a Samsung unit with another company. Lee denied the charges. Samsung was already beset with the massive recall of its Galaxy Note 7 smartphone. The recall centered on a battery problem that caused the devices to overheat and explode. 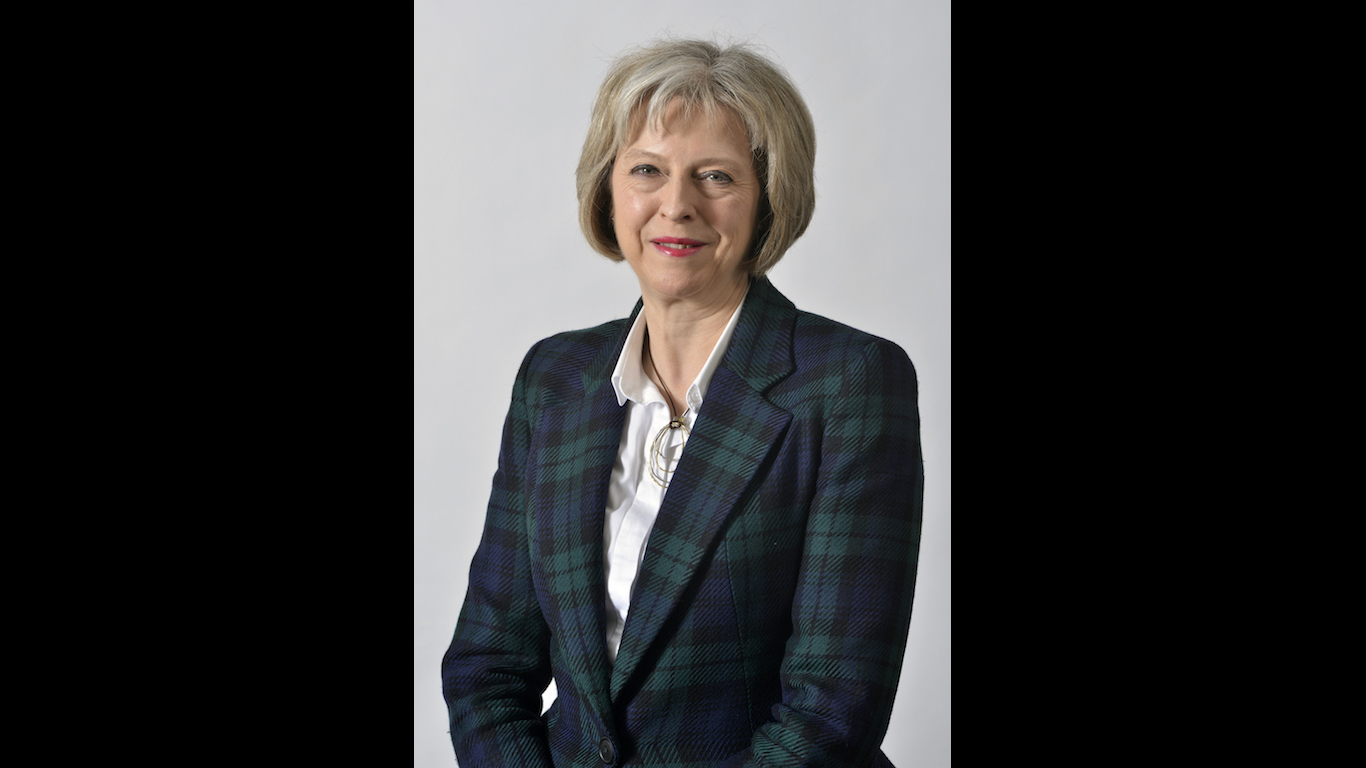 23. Theresa May
> Occupation: Prime Minister of the United Kingdom

Hoping to gain a bigger mandate heading into the Brexit negotiations, British Prime Minister Theresa May called a snap election held in June, three years early, after saying she would not. The gamble backfired as the Conservative Party lost its majority in Parliament, while the Labor Party picked up 32 seats. May’s plea that a strong showing at the ballot box would strengthen her hand in Brexit negotiations did not resonate with voters, many of whom have doubts about the consequences of the historic vote last year to pull out of the European Union.

Many political pundits thought May would have to resign as a result of the election, but she decided to stay on, despite condemnation from within her own party as well as opposition leaders. May’s hand in Brexit negotiations is now weaker, and that uncertainty could complicate Britain’s withdrawal from the EU. 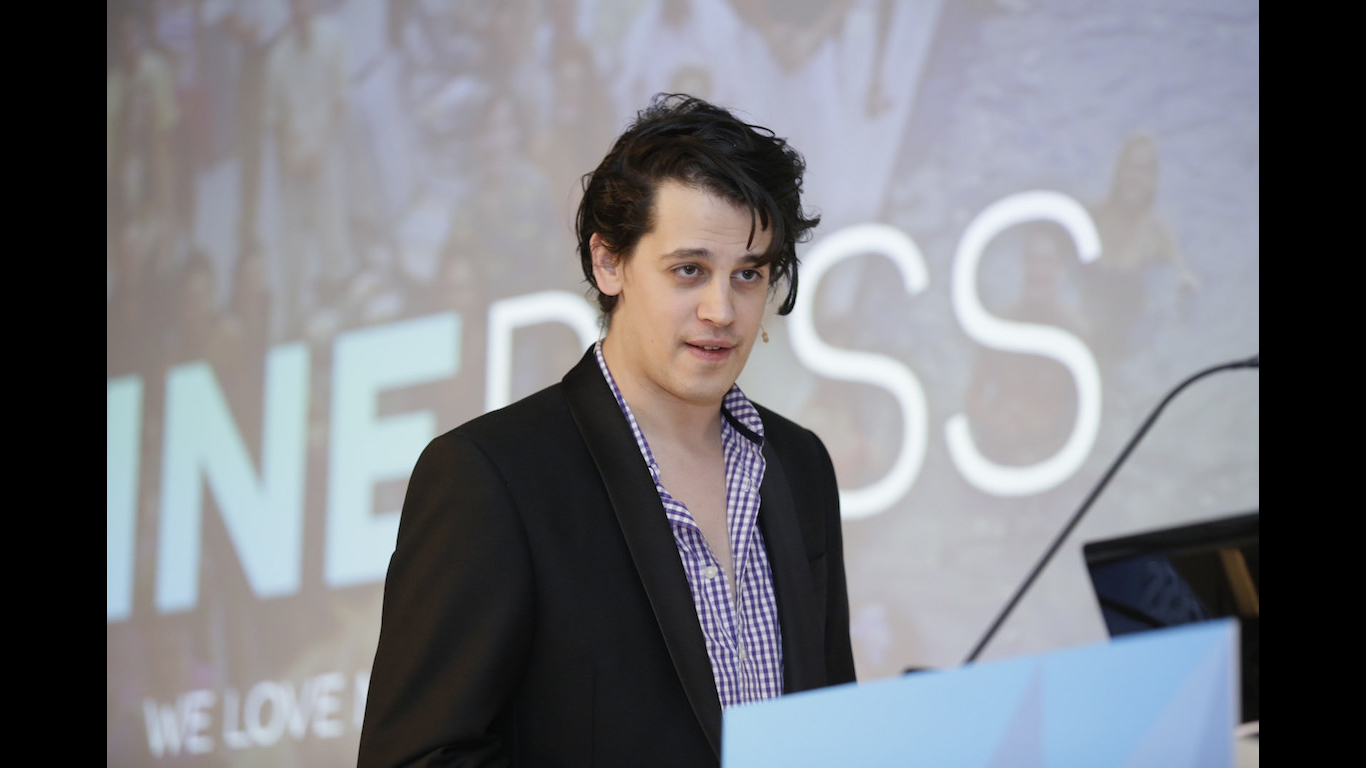 24. Milo Yiannopoulos
> Occupation: Journalist, Media personality
Milo Yiannopoulos is an English political commentator, provocateur, and author. His alt-right politics and inflammatory social media episodes caused outrage on the internet and instigated altercations and protests on college campuses where he was scheduled to speak. Yiannopoulos was kicked off Twitter permanently in July 2016 after “Ghostbusters’’ star Leslie Jones was bullied by his followers.

In February 2017, just as Yiannopoulos appeared ready to reach his peak of relevancy by speaking at the Conservative Political Action Conference, things went rapidly downhill for the gadfly. Controversial comments about pedophilia led to CPAC cancelling his appearance, and Yiannopoulos was simultaneously forced out of his editorship at right-leaning Breitbart.com. 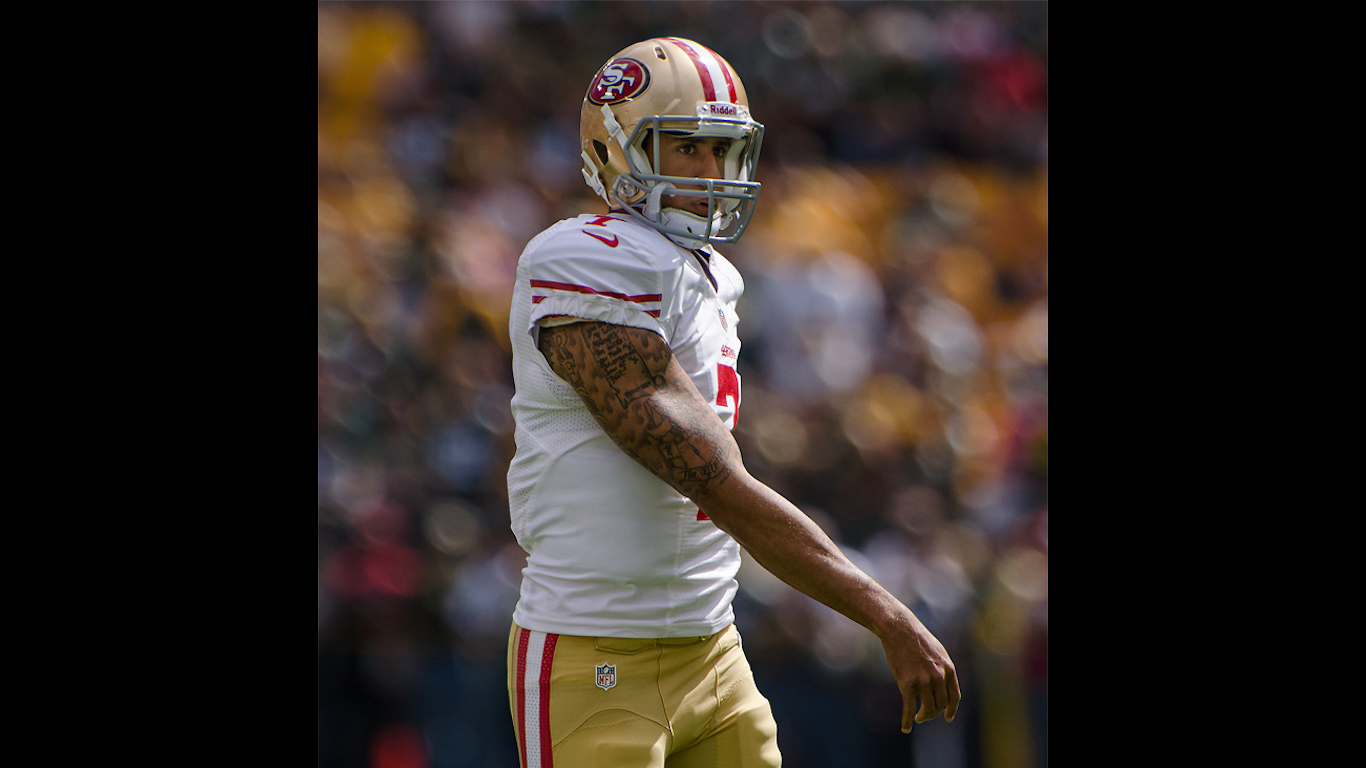 25. Colin Kaepernick:
> Occupation: Professional football player
Not long ago Colin Kaepernick was a promising young quarterback with a Super Bowl appearance under his belt. Now he is now a free agent, and may never start in the NFL again. Kaepernick, who started his professional career with the San Francisco 49ers in 2011, opted out of his contract with the team at the end of the 2016 season after the parties couldn’t come to an agreement.

The contract dispute and departure may have been due to the controversy surrounding the former star quarterback. Beginning with the 2016 preseason, Kaepernick refused to stand during the pregame rendition of the national anthem. Kaepernick explained his decision was made as a form of protest for the oppression of black Americans and police brutality. The Baltimore Ravens coach John Harbaugh is open to picking up Kaepernick, though the team owner Steve Bisciotti appears to be less enthusiastic.