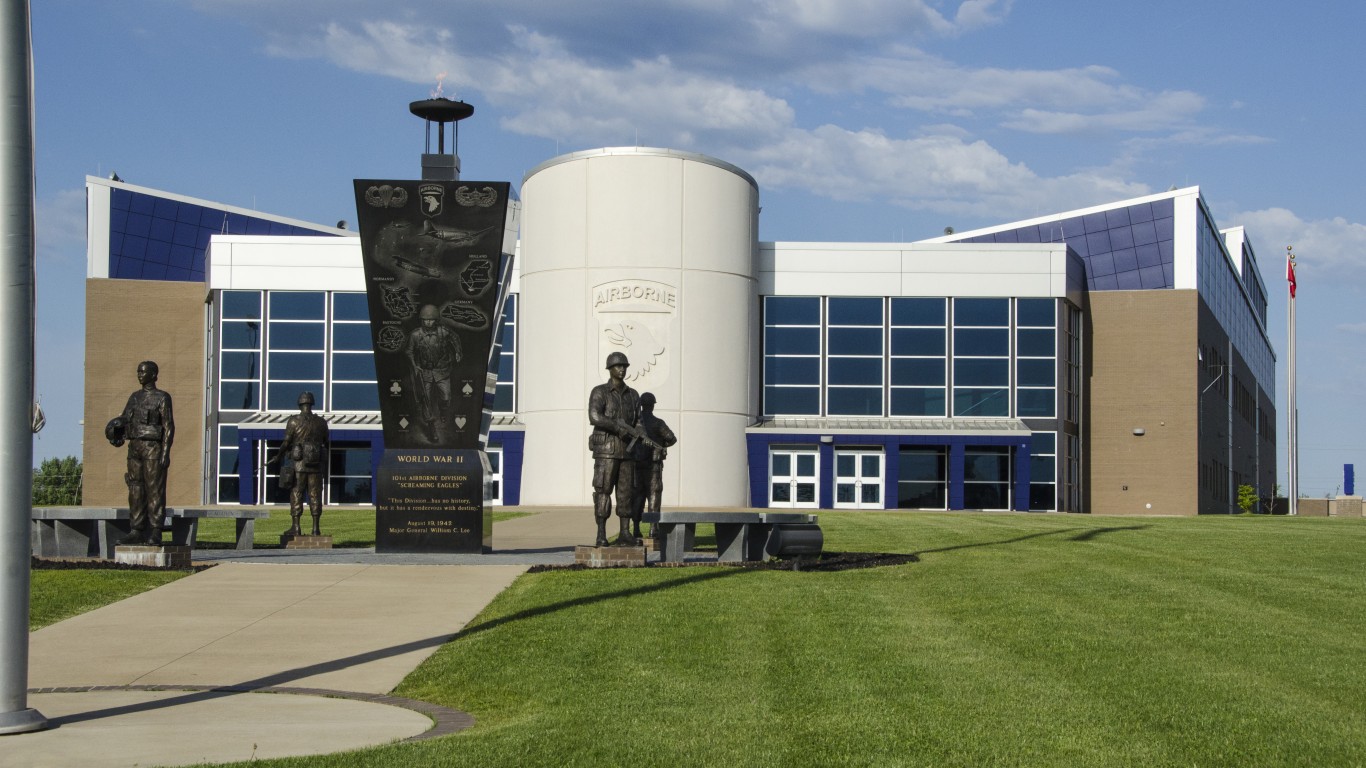 The largest military installation in the Clarksville metro area is Fort Campbell, the platform for a number of the military’s major air assault operations. It is home to the 101st Airborne Division, the Army’s only air assault division, as well as the 5th Special Forces Group, the 160th Special Operations Aviation Regiment, and the 52nd Ordnance Group. Members of the he 101st, known as the “Screaming Eagles,” perform an average of 70 air shows throughout the year.

There are a total of 27,335 enlisted servicemen and servicewomen at Fort Campbell, comprising 9.7% of the Clarksville metro area population. Including the 40,172 spouses and family members affiliated with the army base, there are a total of 67,507 military personnel in Clarksville — the ninth largest personnel and dependent population by size and the fifth largest when adjusted for the size of the metro area. 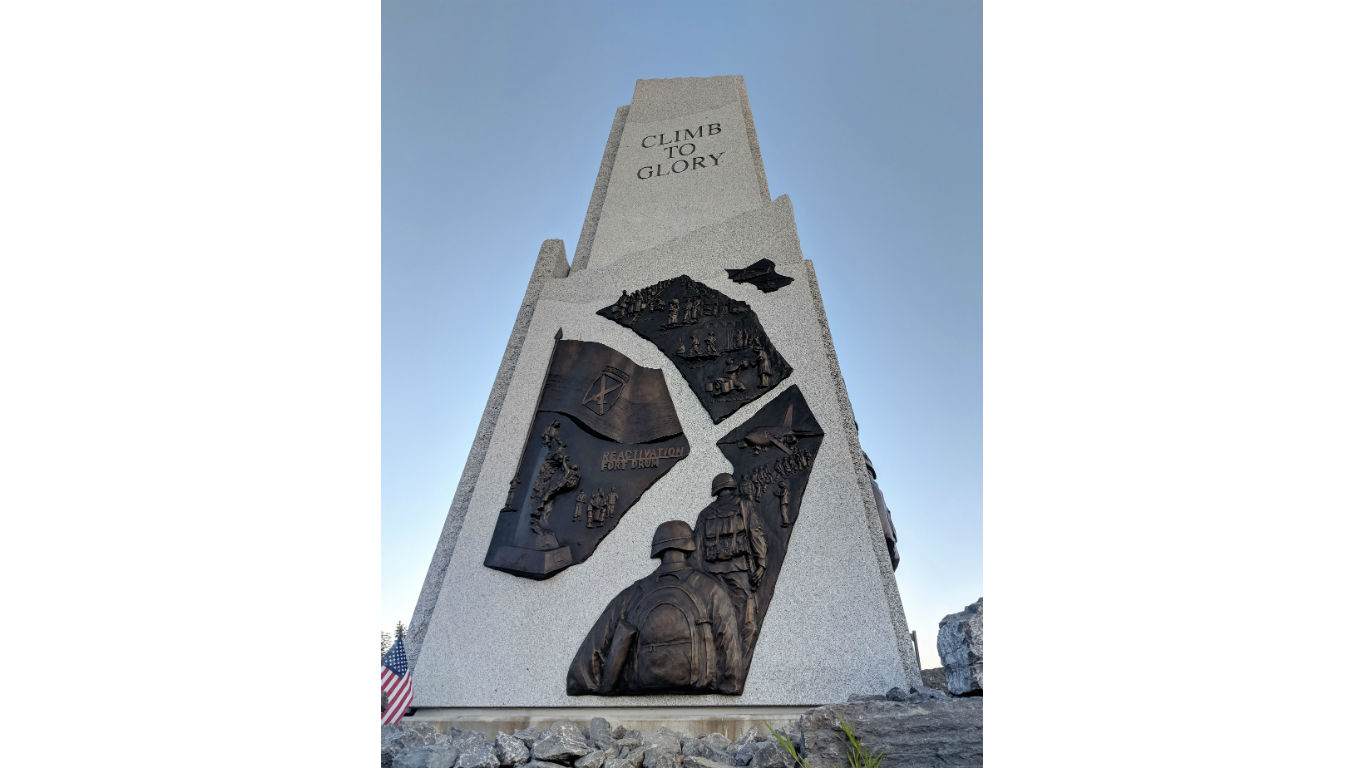 Fort Drum is far and away the largest military installation in the northeast region of the United States. Located about 70 miles north of Syracuse off Interstate 81, the base is home to over 15,000 active duty personnel who have nearly 20,000 dependents, equal to 30.5% of the Watertown-Fort Drum metro area.

The fort is an integral part of the metro area economy. Fort Drum’s economic contribution to the state totalled $1.4 billion in 2014 alone. The base is home to the U.S. Army’s 10th Mountain Division and will serve as the venue for President Donald Trump’s signing of a $717 billion defense bill aimed at bolstering the military. 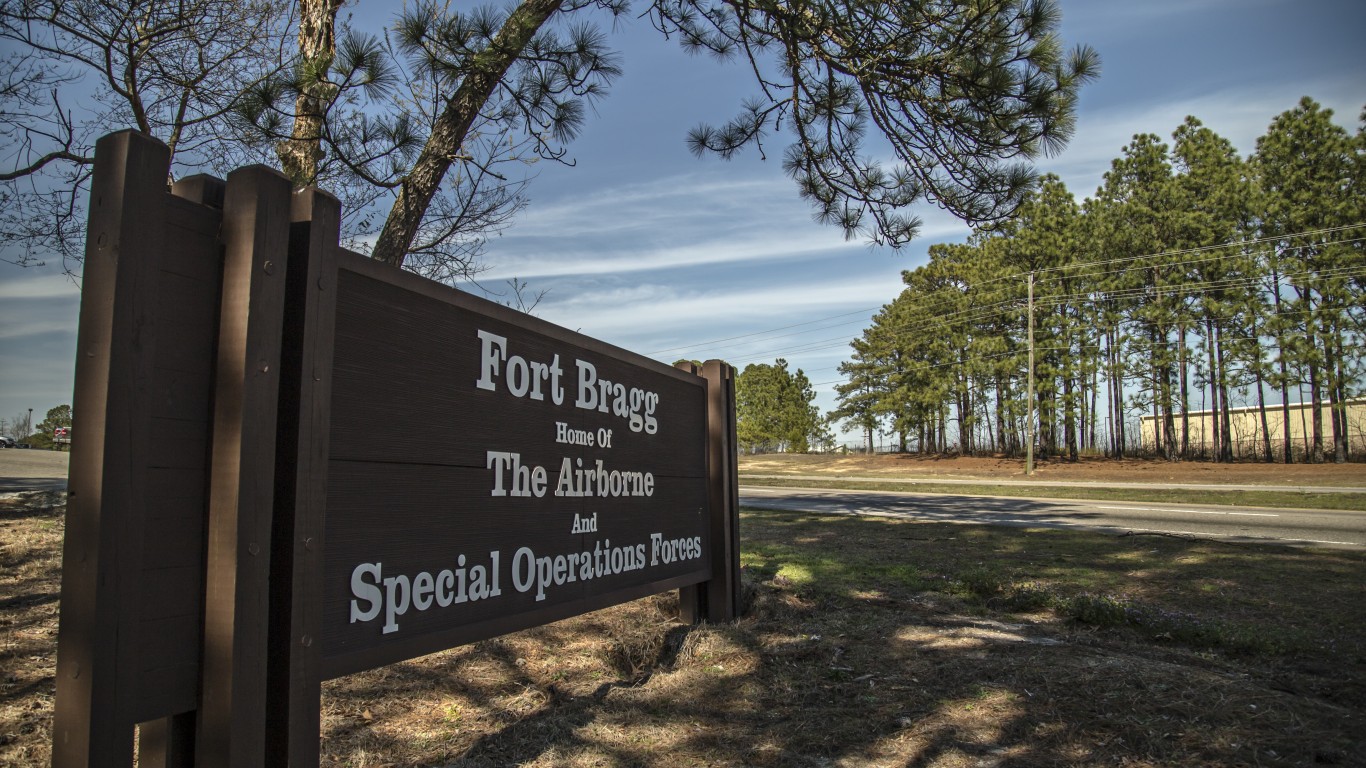 Fayetteville is home to Fort Bragg, one of the largest military complexes in the world. It is the home of the U.S. Army’s XVIII Airborne Corps and the 82nd Airborne Division, as well as the U.S. Army Special Operations Command and 3rd Special Forces Group. Fayetteville is also home to Pope Air Force Base, which was absorbed into Fort Bragg and renamed Pope Field in 2011 as part of the 2005 Base Realignment and Closure plan.

There are 45,153 active servicemen and servicewomen in Fort Bragg, the second largest enlisted population of any U.S. military base. The population of service members at Fort Bragg and their families amounts to 30.9% of the Fayetteville metro area, the largest share of any metro area other than Manhattan, Kansas and Hinesville, Georgia. 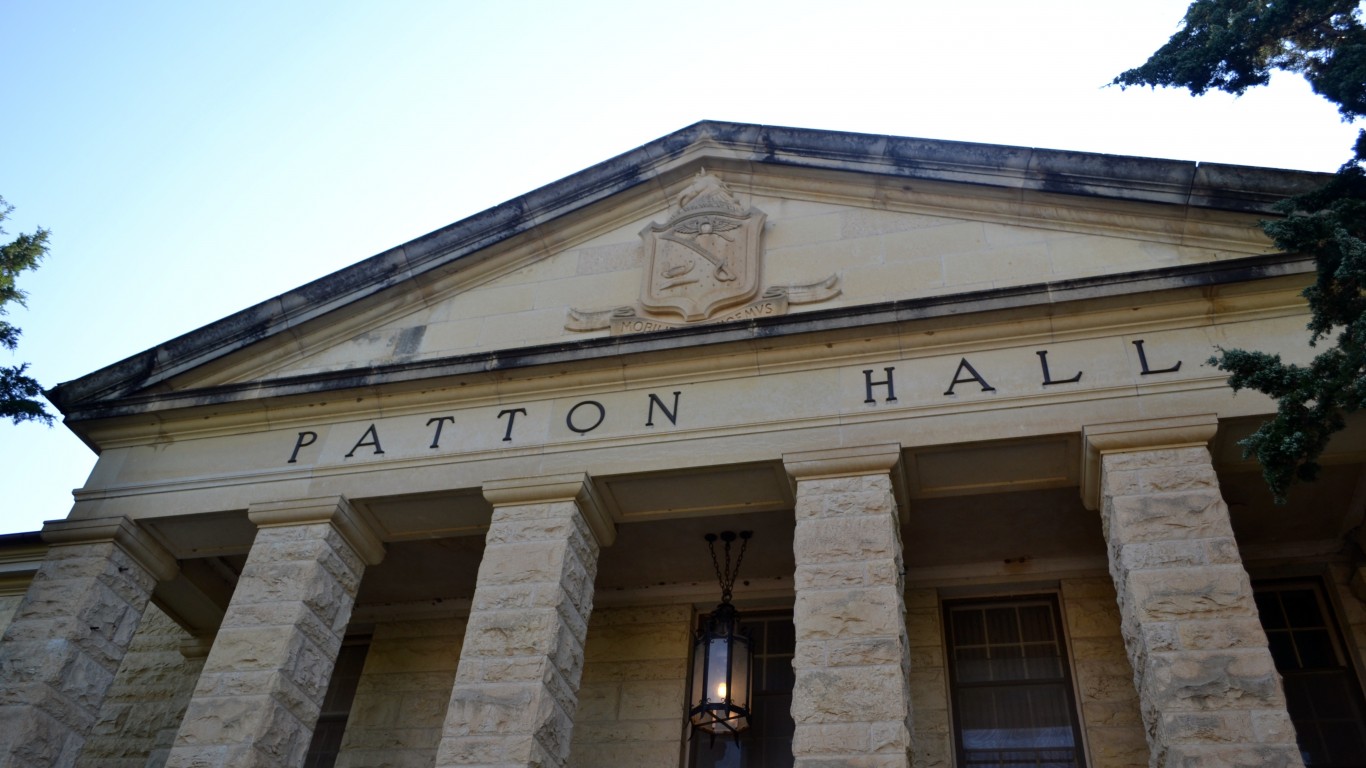 The Manhattan metro area is home to Fort Riley, an army base with some 15,865 active servicemen and servicewomen who support some 23,003 spouses and family members. The total Fort Riley military personnel population and their associated dependents is equivalent to 40.1% of the metro area population, nearly the largest military presence of any city relative to its size. In addition to its large military population, Fort Riley employs 5,731 civilian employees, making it second largest employer in Manhattan, Kansas. 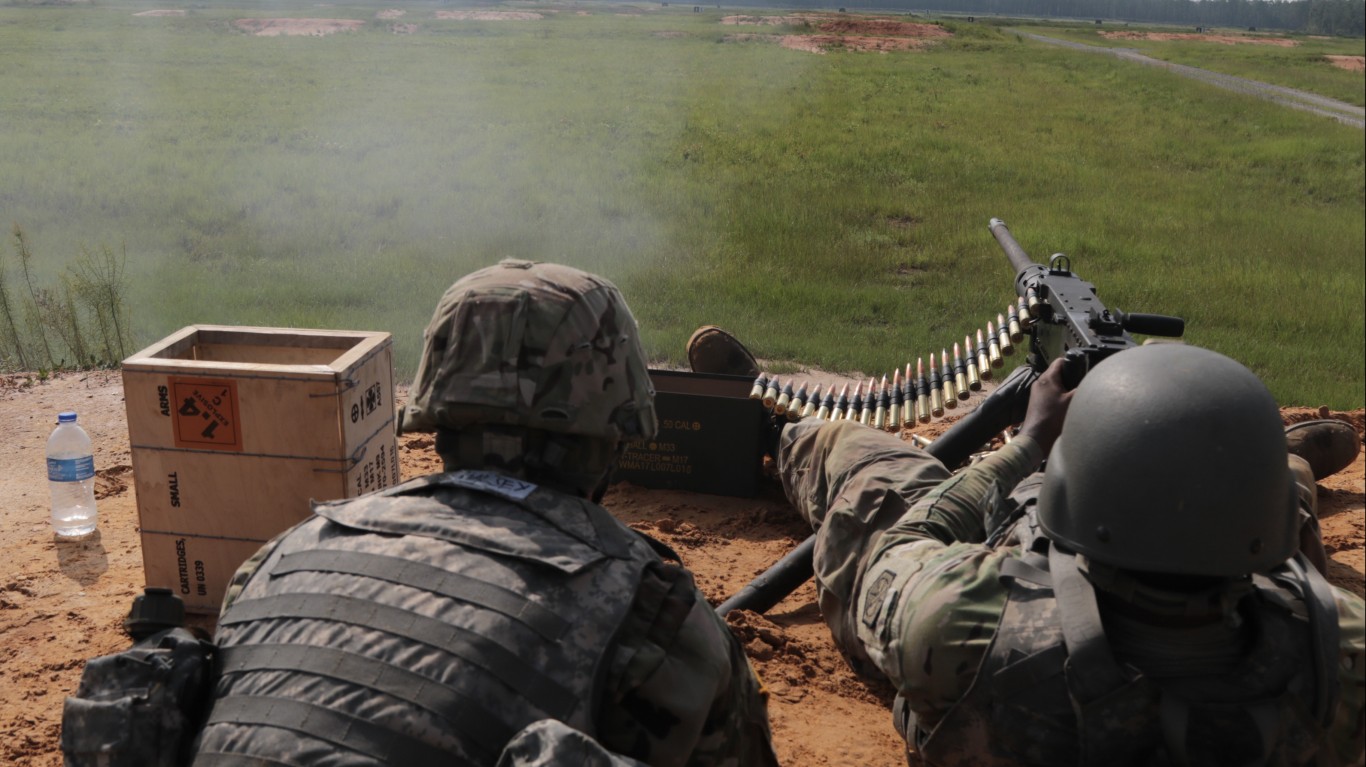 The Hinesville metro area is home to Fort Stewart. The largest military installation east of the Mississippi River, Fort Stewart consists of approximately 280,000 acres of land and 19,791 active duty servicemen and servicewomen. Fort Stewart houses the 3rd Infantry Division, which has been one of the Army’s premier contingency operation units since it was activated in World War I.

Including the 29,901 spouses and family members affiliated with Fort Stewart, the number of military personnel are equal to 60.1% of the Hinesville metro area population, the largest share in the nation. In addition to Fort Stewart’s military personnel, the army base employs some 3,378 civilian employees, the most of any one employer and 10.5% of the workforce in the city of Hinesville and surrounding parts of Liberty County.