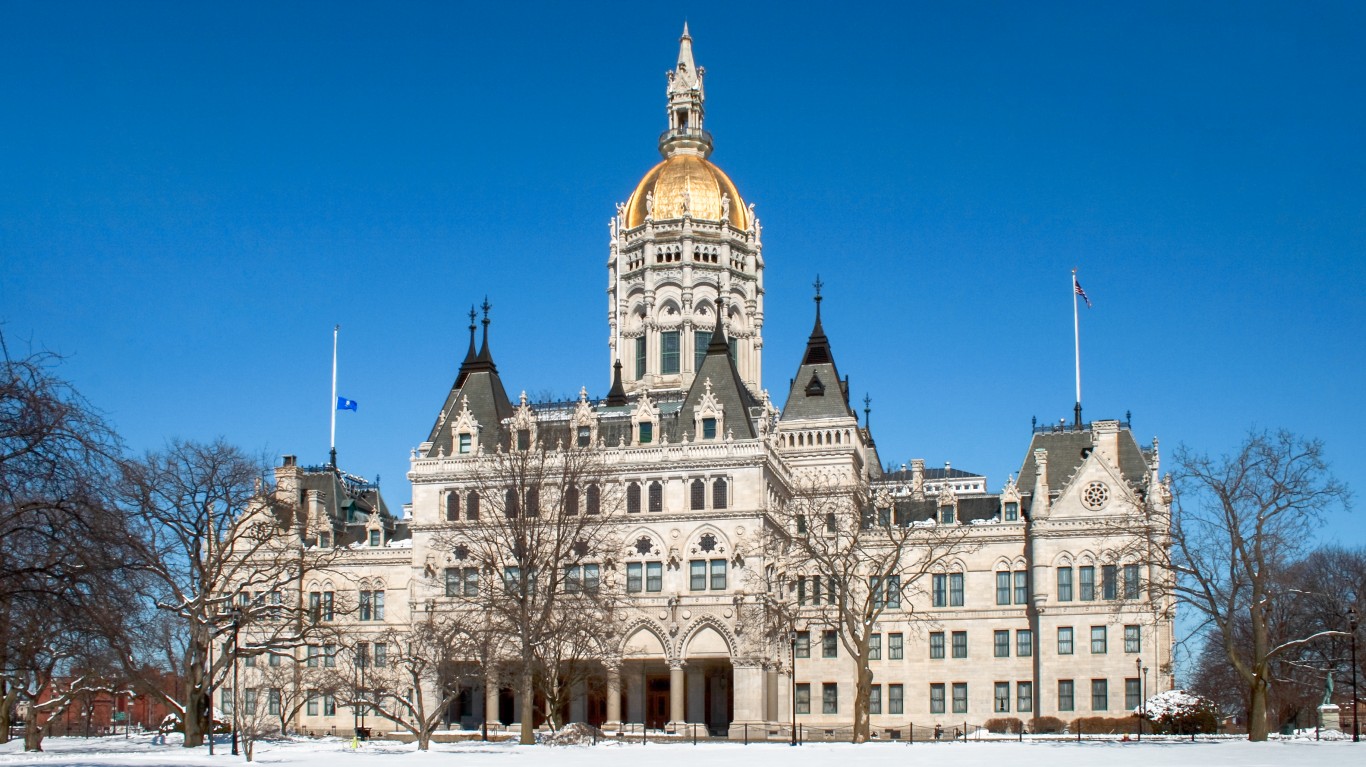 Connecticut has one of the slowest-growing economies in the United States. The state’s economy expanded by just 0.5% in 2018. Over the same period, the U.S. economy grew by 2.9%. Connecticut also has one of the most underfunded pension systems in the country. The state has funding for just 45.7% of its total pension obligations. The state is also not as prepared as most states to fund operations in the event of an economic downturn. The state has the equivalent of just 6.3% of its annual expenditures saved in a rainy day fund, below the 8.3% average savings across all states.

Alabama is one of the poorest states in the country. The typical household in the state earns just $49,861 a year, about $12,000 less than the typical American household. Additionally, 16.8% of Alabama residents live below the poverty line, well above the 13.1% national poverty rate. Alabama is also a relatively dangerous state. There were 520 violent crimes for every 100,000 people in the state in 2018, considerably higher than the 369 per 100,000 national violent crime rate.

Economic growth in Alabama is on pace with that of the nation as a whole. The state’s economy grew by 2.8% in 2018, in line with the 2.9% national GDP growth over the same period. 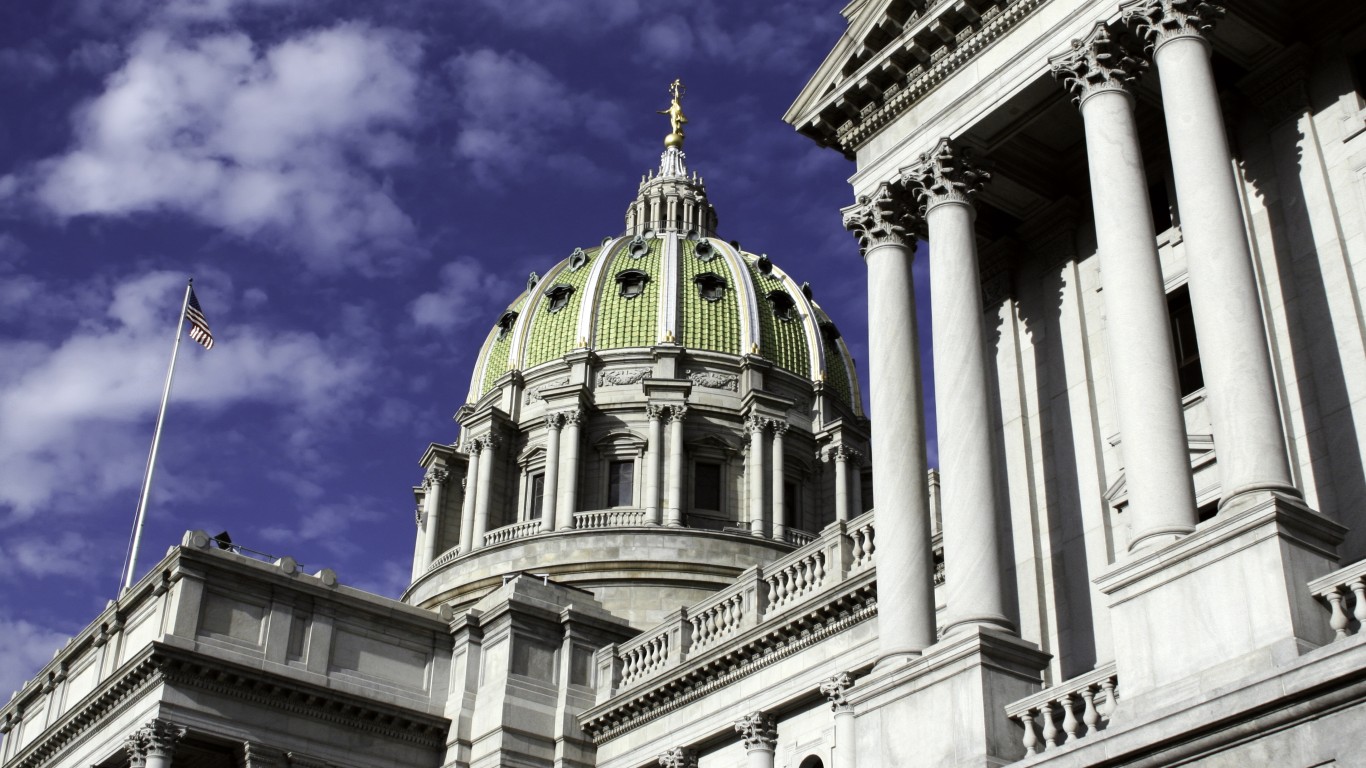 Pennsylvania has one of the weaker job markets among states. In 2018, an average of 4.3% of workers in the state were unemployed, a far larger share than the 3.9% national unemployment rate. Pennsylvania is also less equipped than most states to fund government operations in the event of a revenue shortfall. The state is one of only four nationwide with no money set aside in a rainy day fund. Pennsylvania may also be facing a pension crisis — it has enough funding to cover only 55.3% of its total pension obligations.

Economic growth has also been sluggish in Missouri recently. The state’s economy expanded by 2.4% in 2018, slower than the 2.9% national GDP growth last year. Missouri is also less equipped than most states to fund operations in the event of a budget shortfall. The state has the equivalent of just 3.3% of its annual expenditures saved in a rainy day fund, far less than the majority of states. 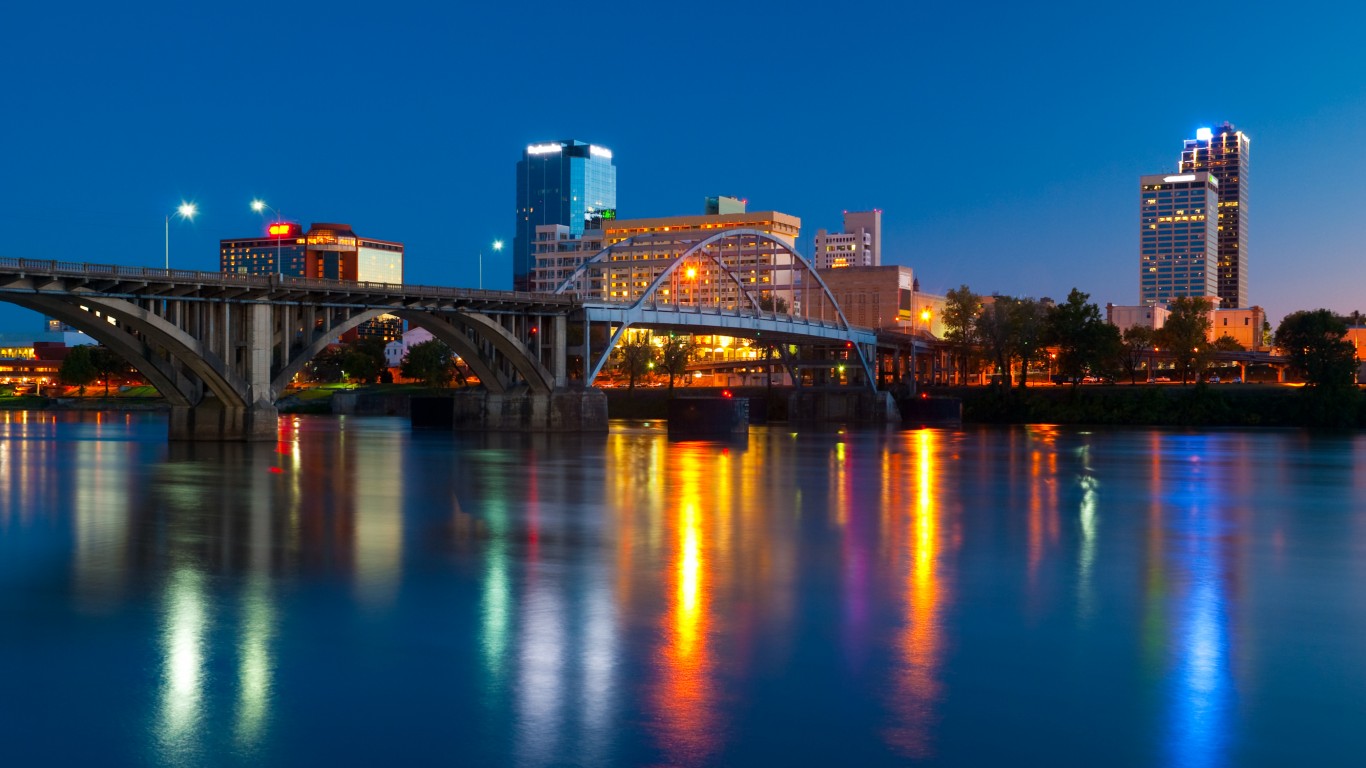 With a GDP per capita of just $38,919 — well below the $56,968 comparable national figure — Arkansas has one of the weakest economies in the country. The state’s poverty rate of 17.2% is far higher than the 13.1% national rate. The Arkansas economy is also growing slower than average. The state’s GDP increased by just 1.7% in 2018, well below the 2.9% national 2018 economic growth.

Crime tends to be more concentrated in areas with higher poverty, and Arkansas is a relatively dangerous state. There were 544 violent crimes for every 100,000 people in the state in 2018, one of the highest violent crime rates among states and far higher than the 369 per 100,000 national violent crime rate.