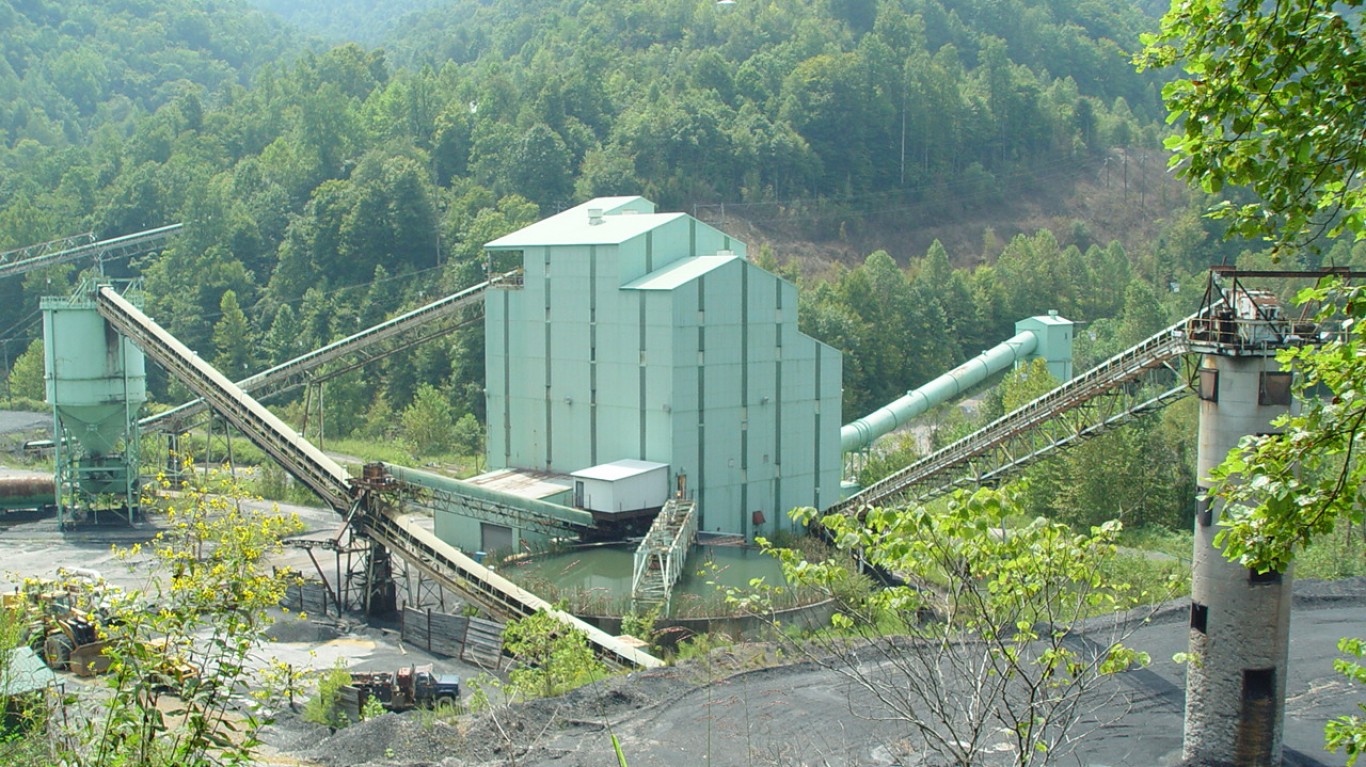 Clay County, Kentucky, borders four other counties in the state that also rank among the worst places to live in the United States. As is the case in some of its neighboring counties in Kentucky’s eastern coalfield region, adults in Clay are far less likely than most Americans to have a college education. Just 9.8% of area residents 25 and older have a bachelor’s degree or higher compared to 32.1% of adults nationwide.

Adults who have completed college have greater access to economic opportunities and are more likely to have a healthier lifestyle. In Clay County, 36.6% of the population live in poverty, and life expectancy at birth is just 71.0 years — compared to the 13.4% national poverty rate and the 79.1 year national life expectancy. 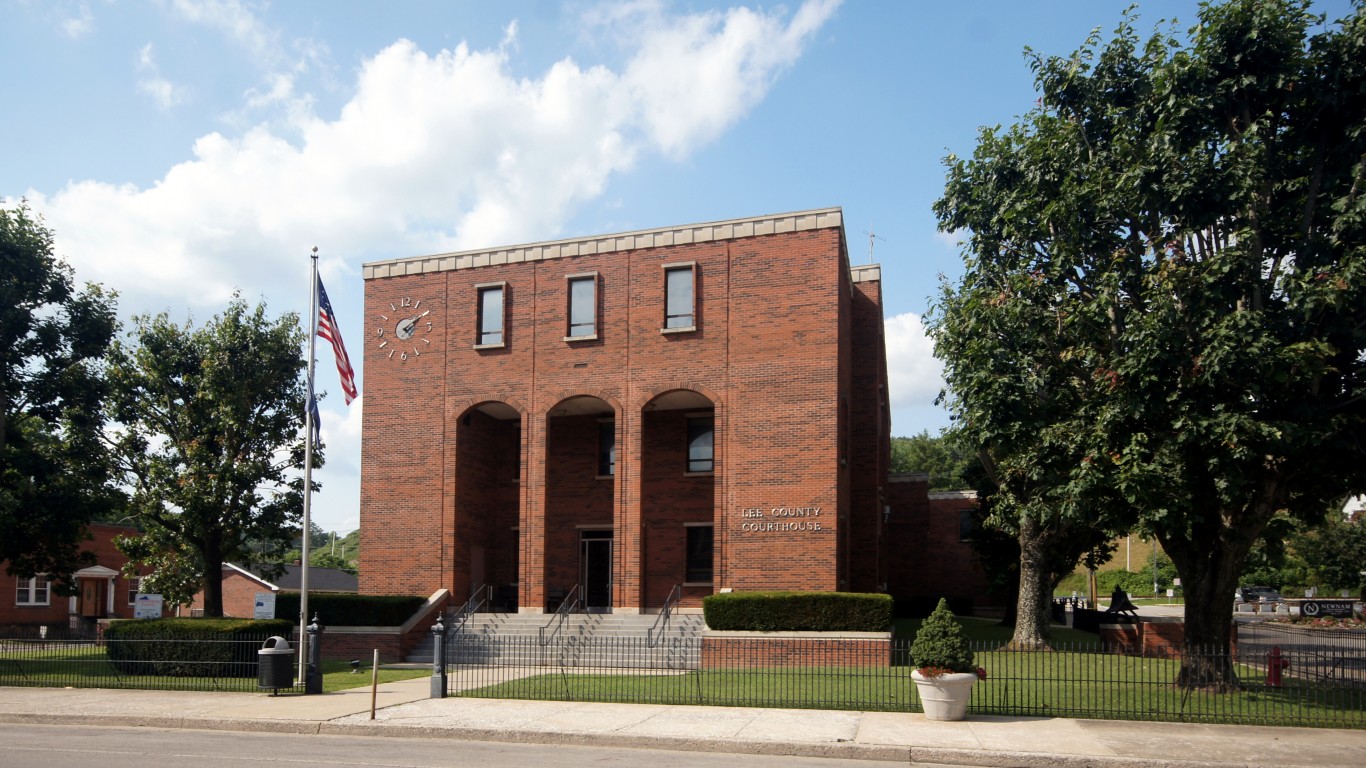 Lee County, Kentucky, is located in the state’s Eastern Coalfield region. Like many coal-producing regions of the United States, Lee County is struggling with severe economic and public health problems. For example, over one-third of the local population live below the poverty line and nearly one in every four households earn less than $10,000 a year.

As is the case in much of Appalachia, Lee County has been severely affected by the opioid epidemic. There are over 64 deaths for every 100,000 people in the county due to drug overdoses annually, more than triple the national rate of 21 deaths per 100,000 people. Partially as a result, life expectancy is only 70 years in the county, nine years below the national average. 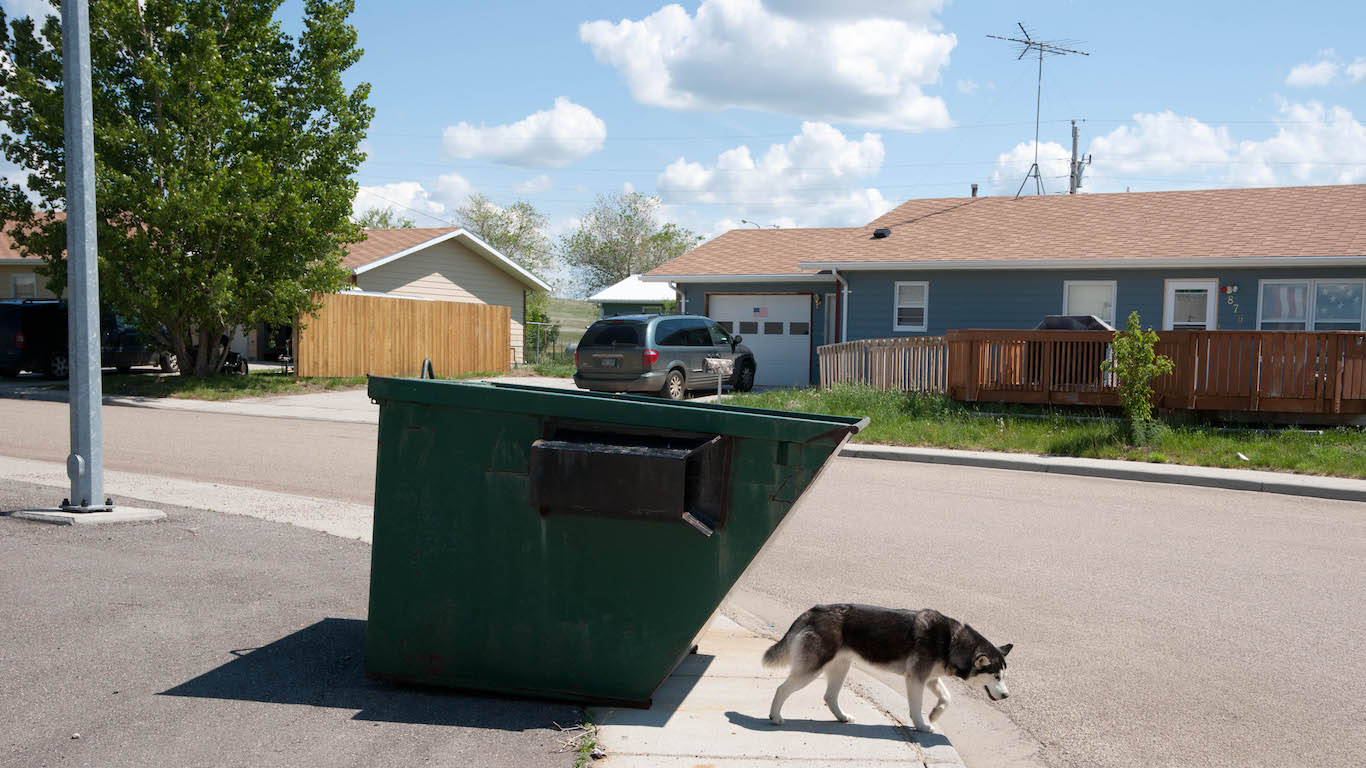 Sioux County covers the entirety of the North Dakota portion of the Standing Rock Indian Reservation. For a range of historical reasons and present-day laws, reservations tend to struggle economically considerably more than much of the country — and Sioux County is no exception.

An estimated 38.2% of the county’s population live below the poverty line, nearly triple the national poverty rate. Poverty can take a significant negative toll on overall health, and in Sioux County, the obesity rate of 39% is 10 percentage points higher than the national average and local adults are twice as likely to have diabetes as the typical American adult. At just 68.5 years, life expectancy at birth in the area is among the lowest in the United States. 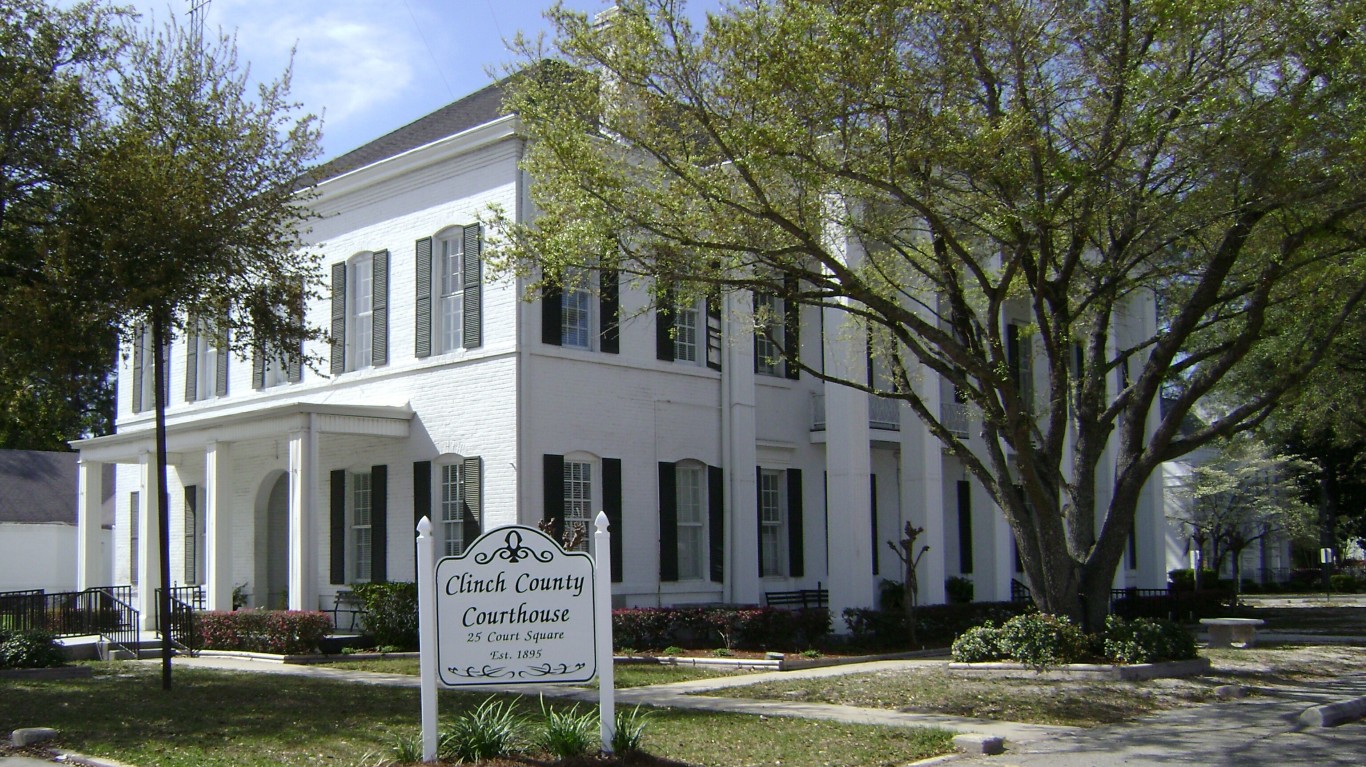 Clinch County, Georgia, located along the Florida border, ranks as the worst place to live in the state and one of the worst nationwide. One of the poorest places in the country, Clinch County’s poverty rate of 40.2% is triple the national poverty rate. The area’s low incomes are attributable in part to low educational attainment as only one in 10 local adults have a bachelor’s degree or higher, compared to more than three in 10 adults who do nationwide.

Life expectancy is about six years lower than average in Clinch County. The low life expectancy is partially due to unhealthy lifestyles in the area. Adults in the county are less likely to exercise than most U.S. adults, and over half the adult population are obese. The presence of parks and recreation centers can encourage physical activity and improve overall quality of life. In Clinch County, just 5.1% of the population have easy access to such places, well below the 84.2% share of Americans nationwide who do. 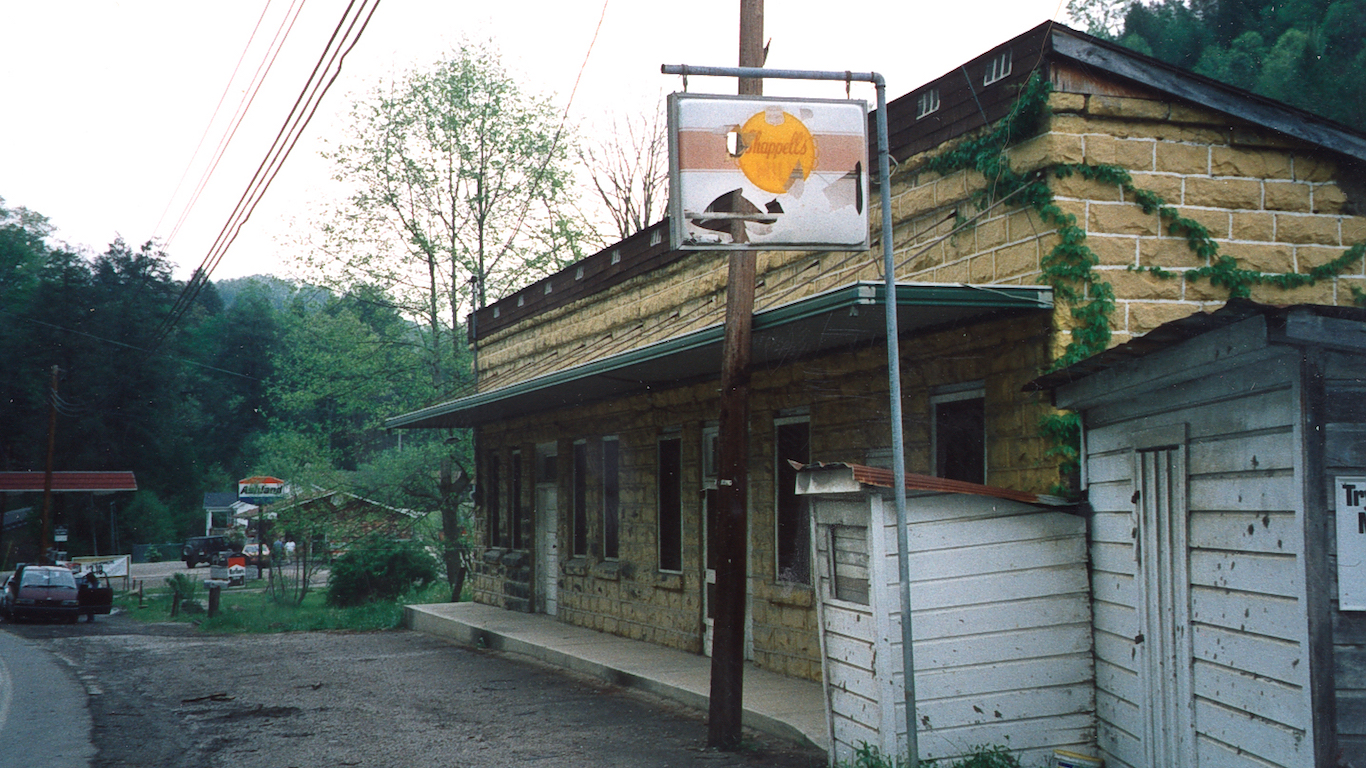 Many counties in Kentucky’s Eastern Coalfield Region rank among the worst places to live in the United States, but of them, Leslie County is the worst. Like many other coal-producing regions of the United States, Leslie County is struggling economically. As of January 2021, 9.0% of the local labor force were unemployed, well above the 6.8% national unemployment rate. Even before the COVID-19 pandemic, the local 2019 unemployment rate stood at 8.2%, well above the comparable 3.7% national rate. Partially as a result, 38% of the population live below the poverty line, compared to the 13.4% national poverty rate.

Employment opportunities typically rise with educational attainment, and in the county, fewer than one in every 10 adults have a bachelor’s degree. Nationwide, over 30% of adults do.