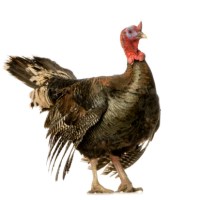 Source: thinkstock.com
The holidays are an extremely important time for retailers, many of which depend on holiday shoppers to meet their yearly goals. This year, the holiday season is expected to be especially strong: the National Retail Federation (NRF) forecasts retail sales during the season to rise 4.1% from last year to a total of $616.9 billion.

In recent years, however, retailers have become increasingly split on when the holiday season should start. For many retailers looking for an edge in the ultra-competitive landscape, ringing in the holiday season on Black Friday, the day after Thanksgiving, is too late. These retailers have elected to plan major events for Thanksgiving, some starting as early as 5 p.m. Other retailers, however, have pushed back, stating publicly that they feel it is unfair to both employees and shoppers to open on a day that is meant for giving thanks and celebrating with family.

Click here to see the eight stores open on Thanksgiving.

Click here to see the 10 stores closed on Thanksgiving.

Many retailers feel incredible pressure to open on Thanksgiving in order to capture a share of the extra money customers have saved up for the holiday season. Further, marketing for the holiday season starts even earlier. Ads for Christmas gifts, for instance, now often start before Thanksgiving, and in some cases even before Halloween. In perhaps an extreme example, Walmart  (NYSE: WMT), one of the retailers open on Thanksgiving, announced September 12 as the start to its holiday layaway program.

In addition to Walmart, companies that will be open on Thanksgiving include some of the nation’s largest retailers, including Target (NYSE: TGT) and Macy’s (NYSE: M). Department stores such as Sears, Kmart, J.C. Penney (NYSE: JCP)and Kohl’s (NYSE: KSS) will also be welcoming in customers on Thanksgiving. Some specialty retailers will also be opening early, including Staples (NASDAQ: SPLS) and Toys R’ Us. For Toys R’ Us, the holiday season is especially important. The quarter that includes holiday shopping has accounted for between 42% and 43% of its annual sales in the last three years.

Other retailers have elected not to open on Thanksgiving because they prefer to give employees the day off. Both Dillard’s and the TJX Companies (NYSE: TJX) — parent of T.J. Maxx, Marshalls, and HomeGoods — have made public statements to that effect. Even some specialty retailers that largely rely on the holiday season have elected not to open on Thanksgiving. These include GameStop (NYSE: GME), for which — like Toys R’ Us — the holiday season accounts for a disproportionate share of sales. Similarly, Barnes & Noble stores will be closed on Thanksgiving despite the fact that its retail and NOOK segments also make much of their sales during the holiday season.

Based on public statements of major retailers, 24/7 Wall St. identified the companies opening (and closing) stores on Thanksgiving. In order to be considered, a company had to be one of the top 100 retailers by U.S. sales, as measured by the NRF. Additionally, we only considered companies with a broad nationwide presence. Restaurant companies, such as McDonald’s, and grocery stores, such as Publix, were excluded from our consideration. One parent company, Wal-Mart Stores, is listed twice: its Sam’s Club stores will be closed, while its Walmart locations will be open on Thanksgiving.

These are the 8 stores open on Thanksgiving.