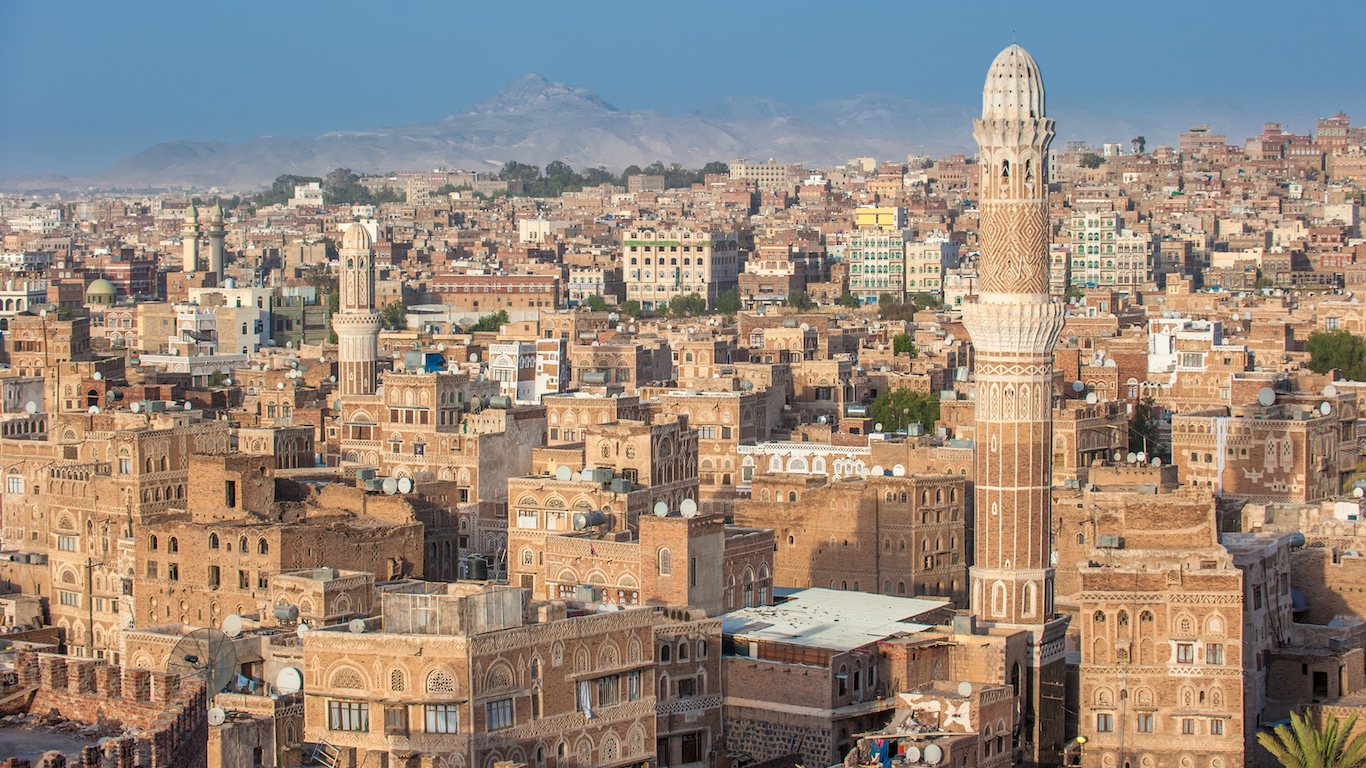 Thousands have been killed in Yemen’s civil war, which began in 2015. Thus far, airstrikes against rebels by the Saudi-led multinational coalition, which supports Yemeni President Abdrabbuh Mansour, have caused the majority of deaths. Saudi Arabia has long been a close ally of the United States, which has provided billions of dollars in military equipment to the country. The use of weapons originating from the United States in Yemen has very likely fueled the high U.S. disapproval.

The U.S. military took direct and unprecedented action this October, when Navy destroyer USS Nitze, after an attack on the USS Mason, responded by bombing Houthi-controlled territory in Yemen. 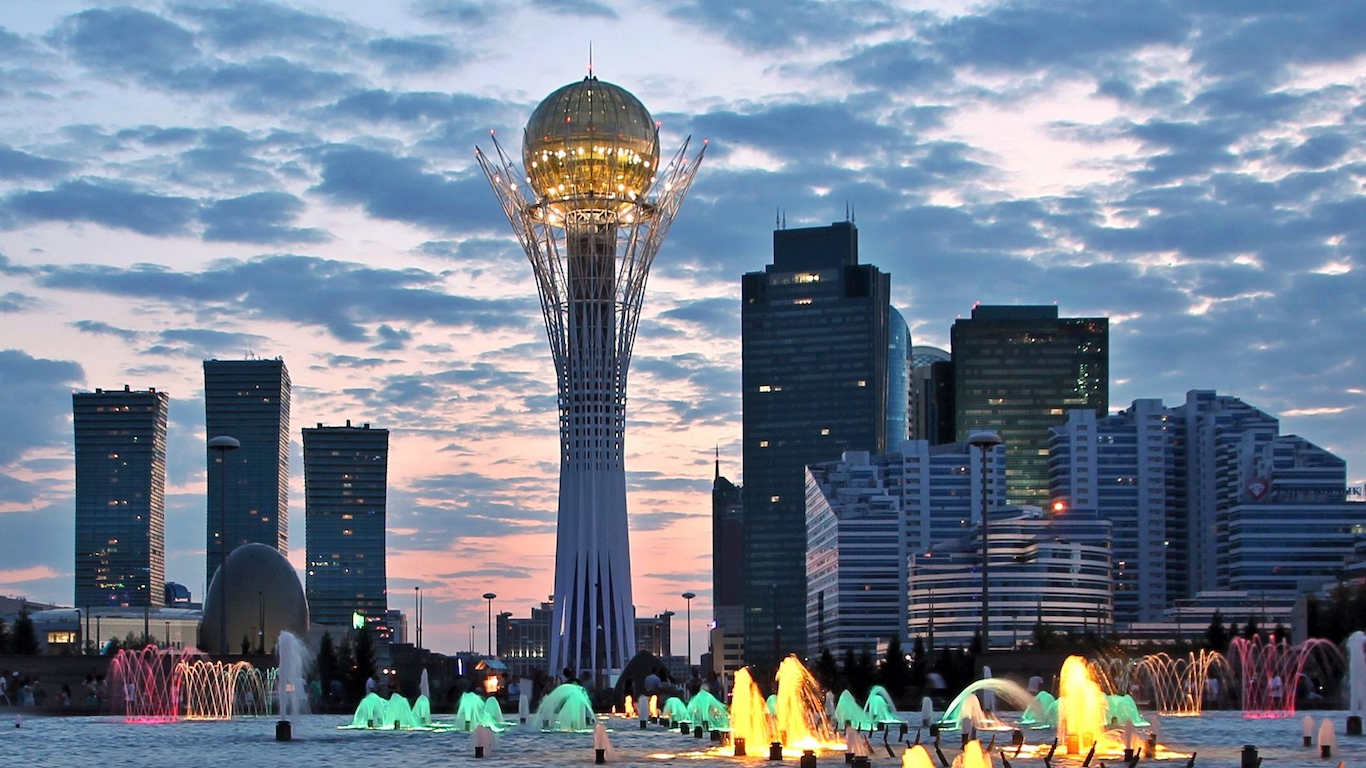 Since the United States recognized Kazakhstan’s independence after the collapse of the Soviet Union in 1991 — the first country to do so — the two governments have been close allies. As in a number of other former Soviet states, however, Kazakhstanis do not feel as close to the United States as their government does and report one of the worst U.S. disapproval ratings in the world. For many Kazakh residents, sympathizing with Russia and approving of U.S. leadership may be mutually exclusive.

Most countries with strong dislike for the United States are struggling economically or with violent conflict — regardless of whether or not the U.S. is directly involved. Kazakhstan is no exception. The country, which is heavily dependent on its oil industry, has been slammed by falling oil prices in recent years, which hit the economy hard enough to cause social unrest.

24/7 Wall St.
States Where Poverty Is Worse Than You Think 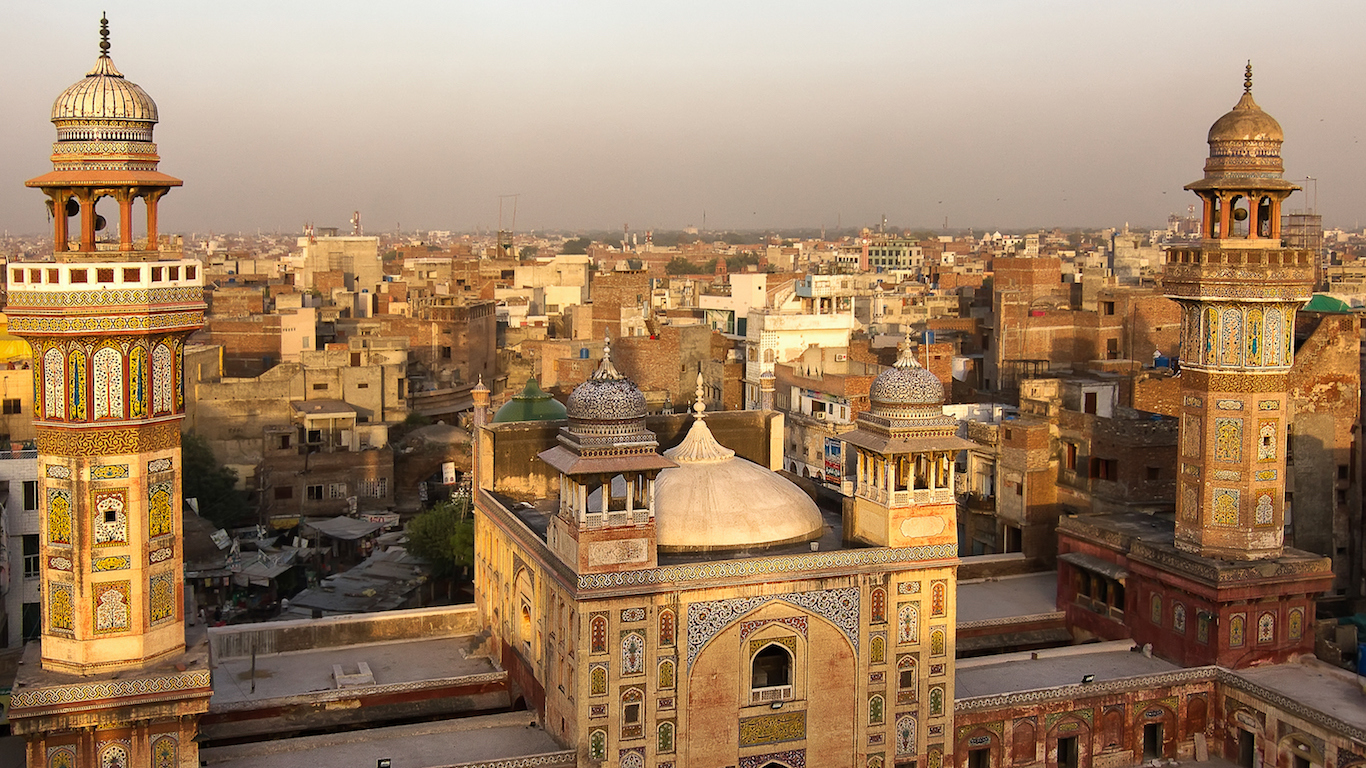 Pakistan, a nuclear-armed, long-time U.S. ally, reports nearly the worst U.S. disapproval rating in the world. The Pakistani government relies on U.S. military aid to fight the Taliban in the northwest, another insurgency in the west along its border with Iran, and also to maintain its heavily armed eastern border with India. Despite the close ties, however, the U.S. has relied recently on drone strikes to target terrorists in the area, which according to some is at the expense of U.S.-Pakistan relations. Civilian casualties, which based on Pentagon reports are not uncommon during airstrikes, have been reported in Pakistan.