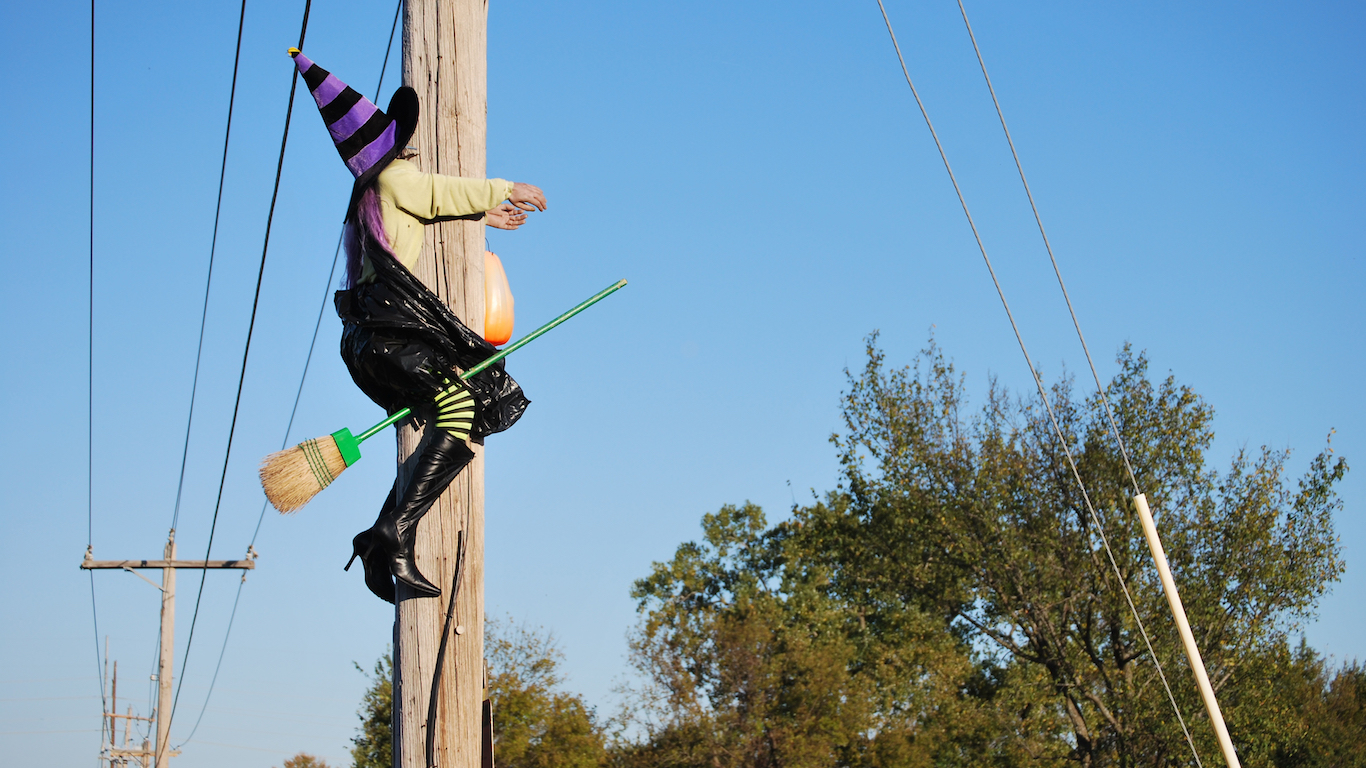 Powered by oil and agriculture, the population of Piedmont, Oklahoma, has doubled to 6,502 since 1990. Prosperity has helped lower the town’s poverty rate to about one-fifth the state rate. The town is located northwest of Oklahoma City and is within its metropolitan area. Oklahoma City’s Halloween attractions include the Haunted Forest and the Sanctuary Haunted Attraction. 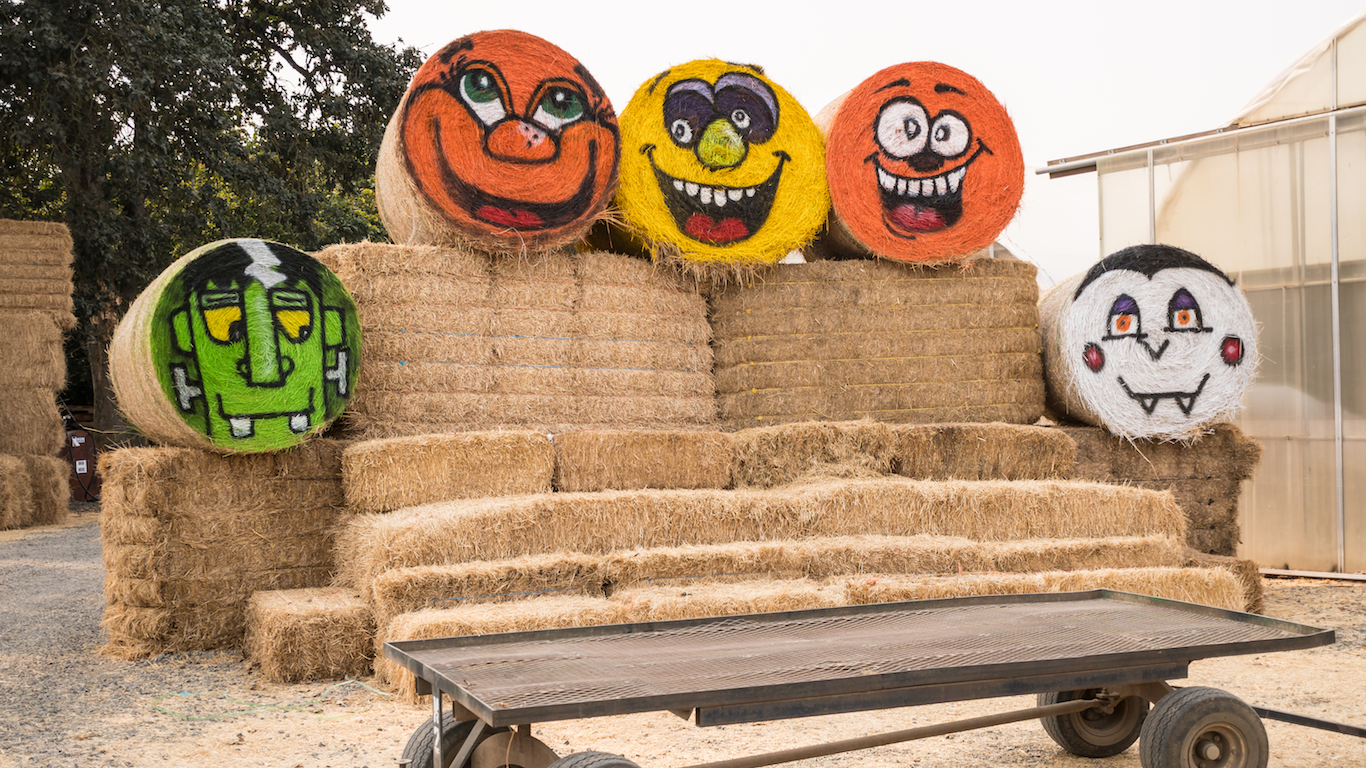 Sherwood, Oregon, is located in the northwest region of the state, southwest of Portland. The town’s library is planning an Old Town Halloween event on Halloween. At the community meeting room, ghoulish face painting is on the agenda. There are a trove of spooky offerings in Portland, such as Fear Asylum Haunted House, Four Horsemen Haunted Attractions, Witch’s Castle, and Fearlandia. 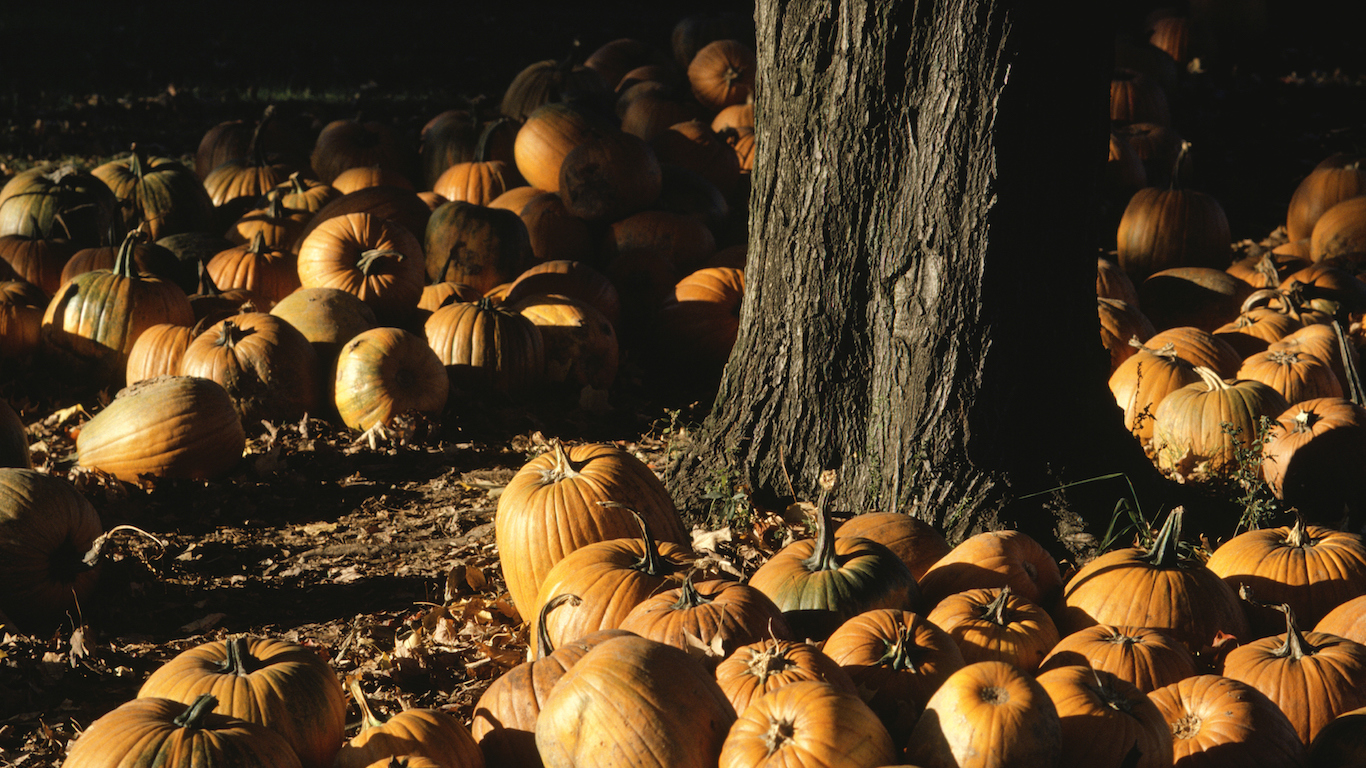 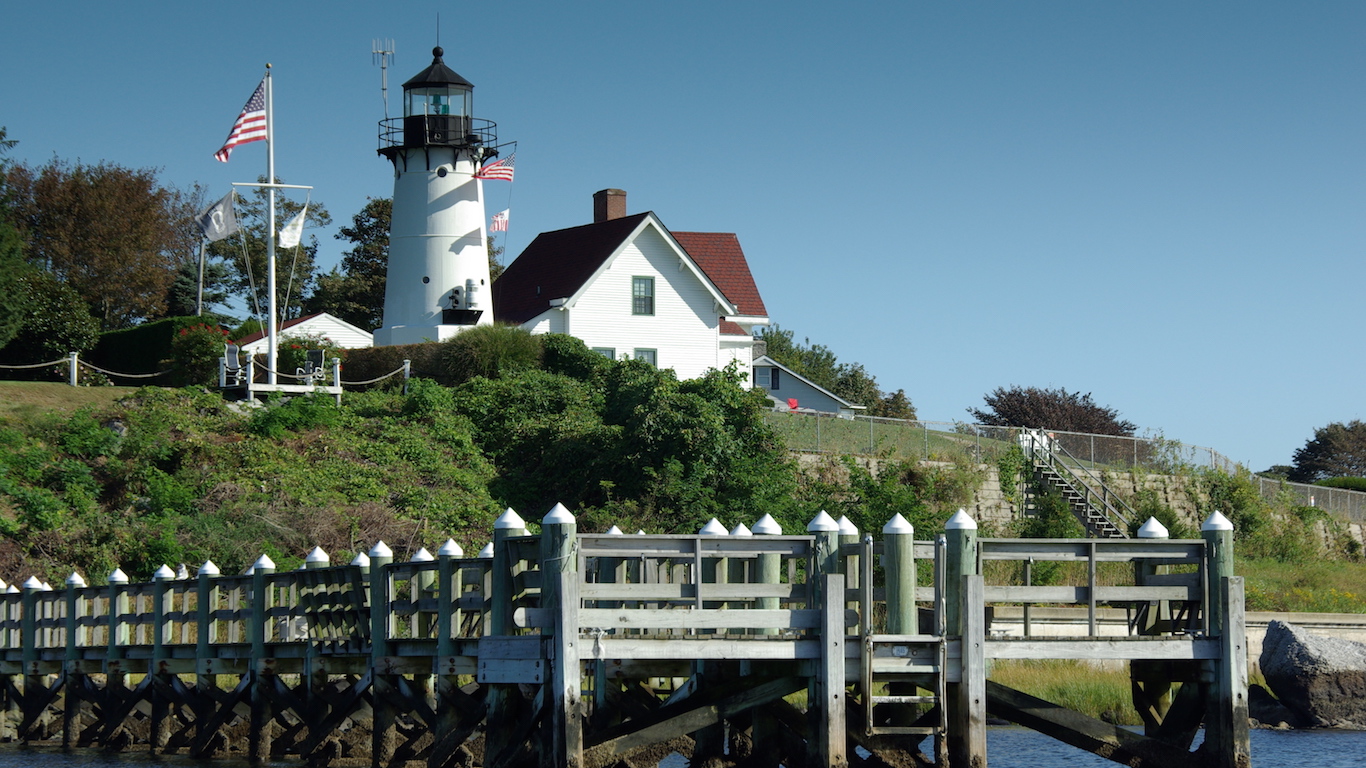 Warwick, Rhode Island, is one of the bigger towns on the list, with 81,855 residents. It also has one of the lowest percentages of children 14 years old at 15% of the population, which is lower than the share of children across the state. Among the options for Halloween revelers can choose from are the Factory of Terror Haunted House and Haunted Labyrinth in nearby Cranston. 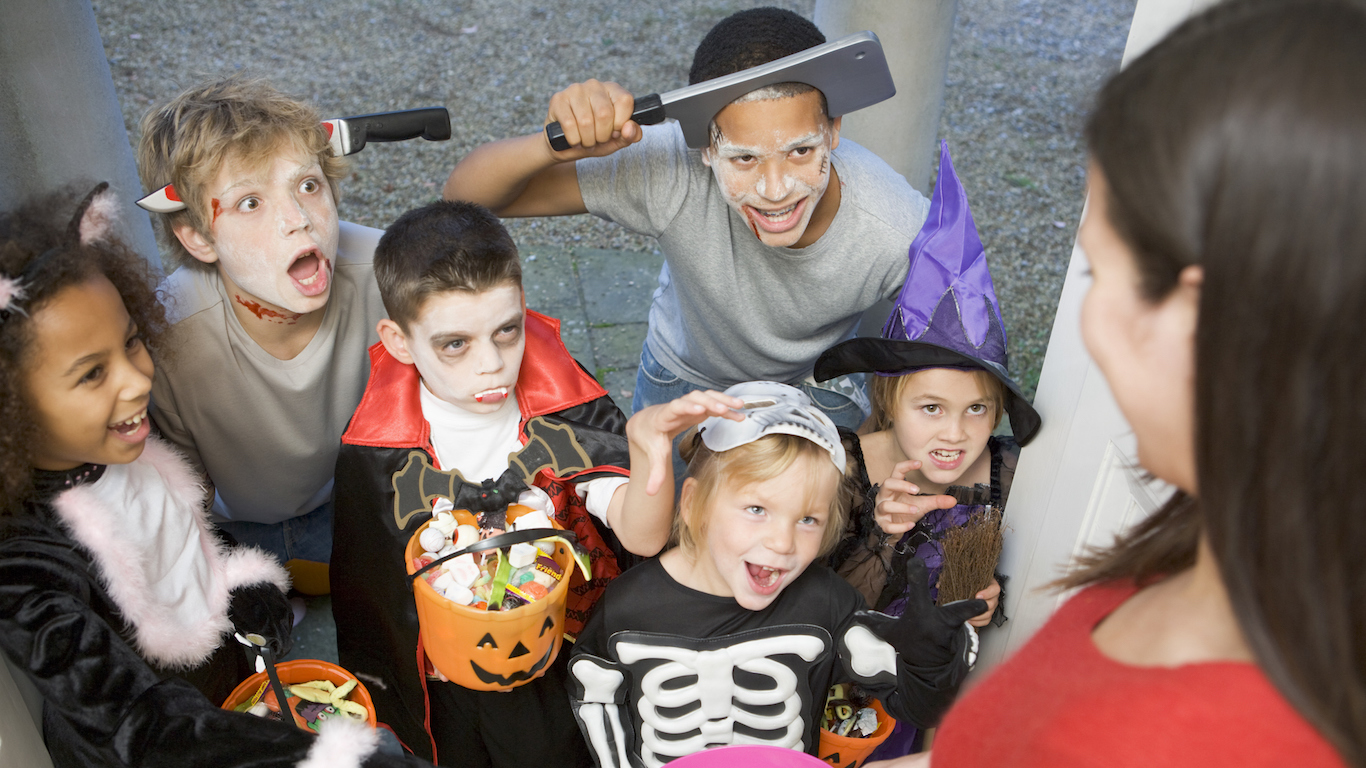 Tega Cay, Polynesian for “beautiful peninsula,’’ will hold on Oct. 21 its annual fall festival that includes a pumpkin patch and costume parade. Tega Cay’s poverty rate of just 1.5% is well below the statewide poverty rate of 17.9%. Near Tega Cay in Fort Mill are several Halloween attractions, including the Campground Massacre and JC’s Frightmare, a haunted house.