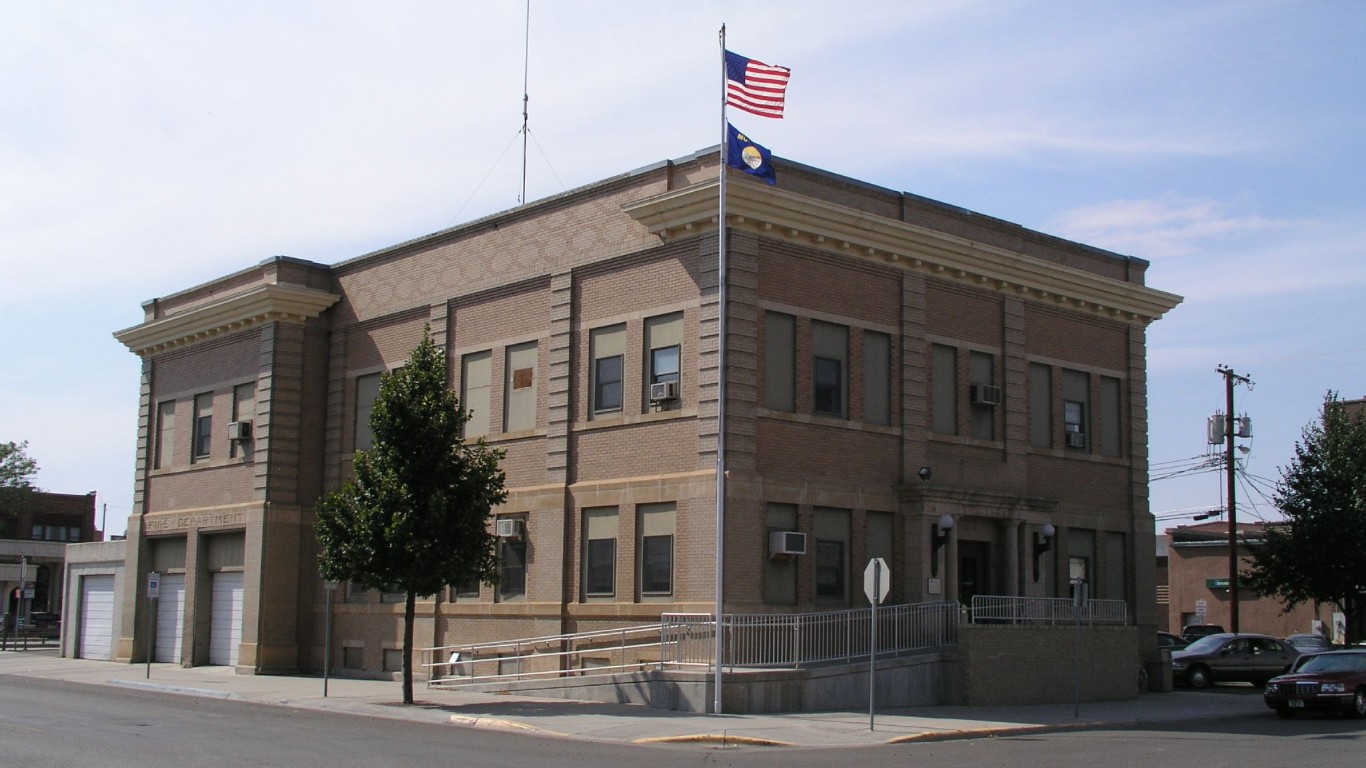 Miles City is the least expensive place to live in Montana. The city has the lowest property taxes at just $1,480 per year, as well as the least expensive median monthly housing cost at $655. Though Miles City’s $47,383 median household income is one of the lower such figures in Montana, a relatively small share of residents are impoverished. The area’s poverty rate of 13.5% is one of the lowest in the state, and well below Montana’s statewide poverty rate of 14.9%. 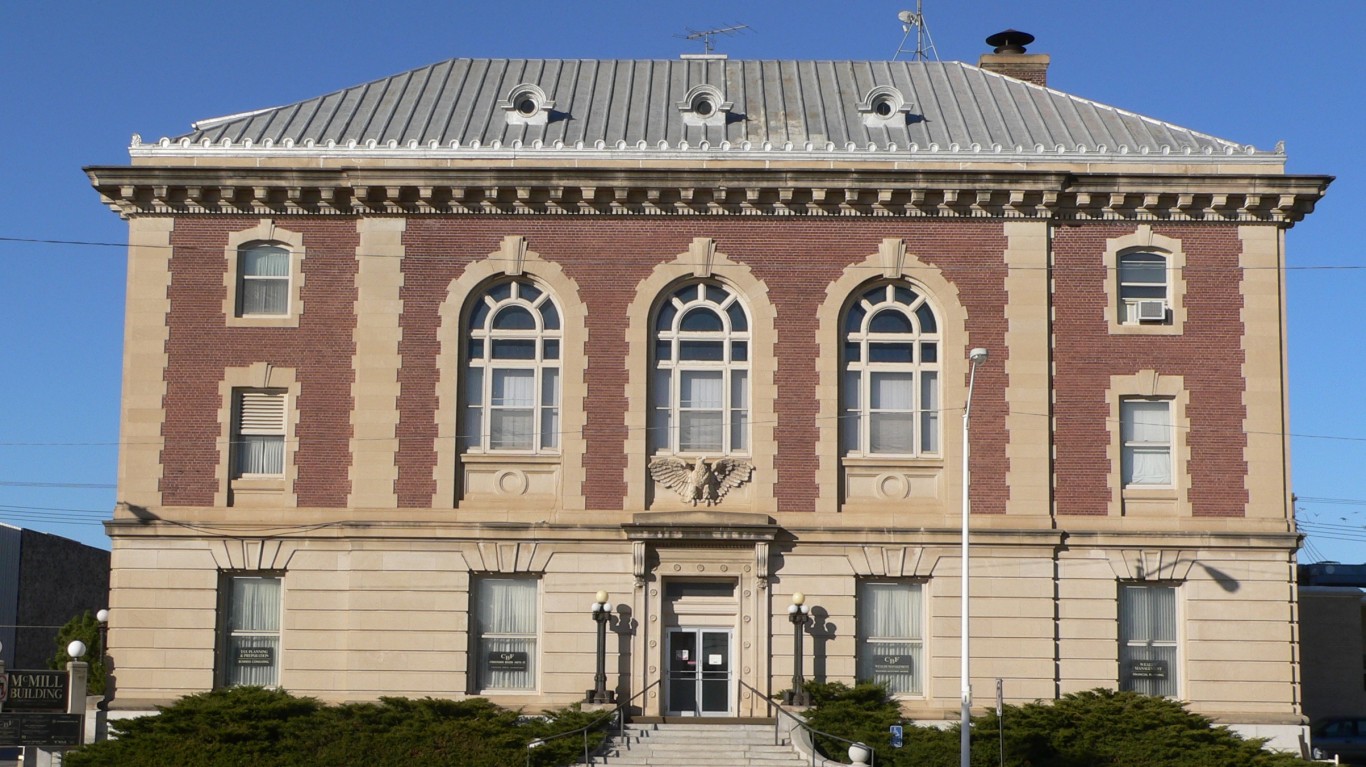 Norfolk is a small city of just under 25,000 in northeastern Nebraska. A relatively safe city, Norfolk’s violent crime rate of 148 incidents per 100,000 residents is less than half the national rate of 383 per 100,000. Though the typical household in Norfolk earns just $45,401 a year, about $10,000 less than the typical American household, a dollar goes a long way in Norfolk. Goods and services in and around the area are about 14.5% less expensive than they are nationwide on average. 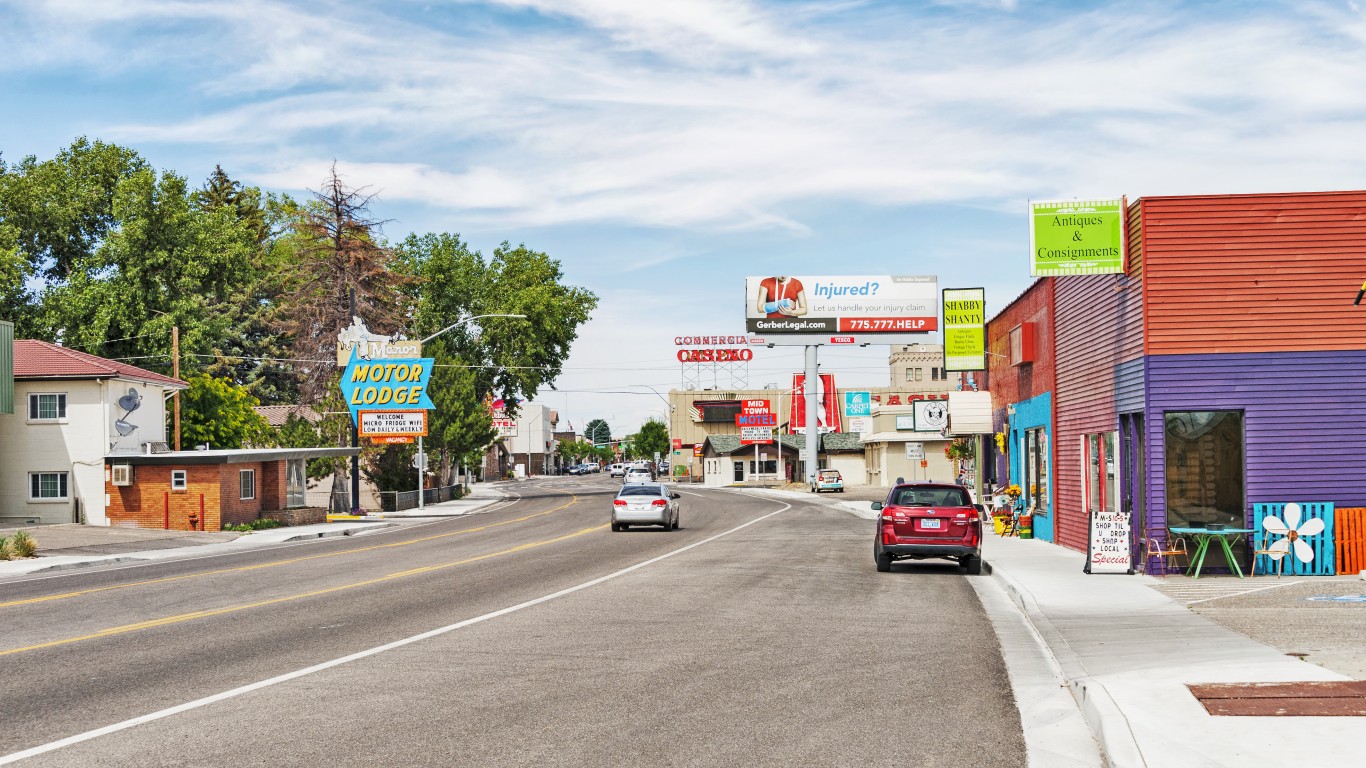 Elko has by far the highest median household income of anywhere in Nevada. No other area in the state came within $20,000 of Elko’s median household income of $76,826. Although Elko residents tend to earn a relatively high amount, it is the least expensive place to live in Nevada. The cost of living in Elko is just 83.9% of what it costs in the typical American city. 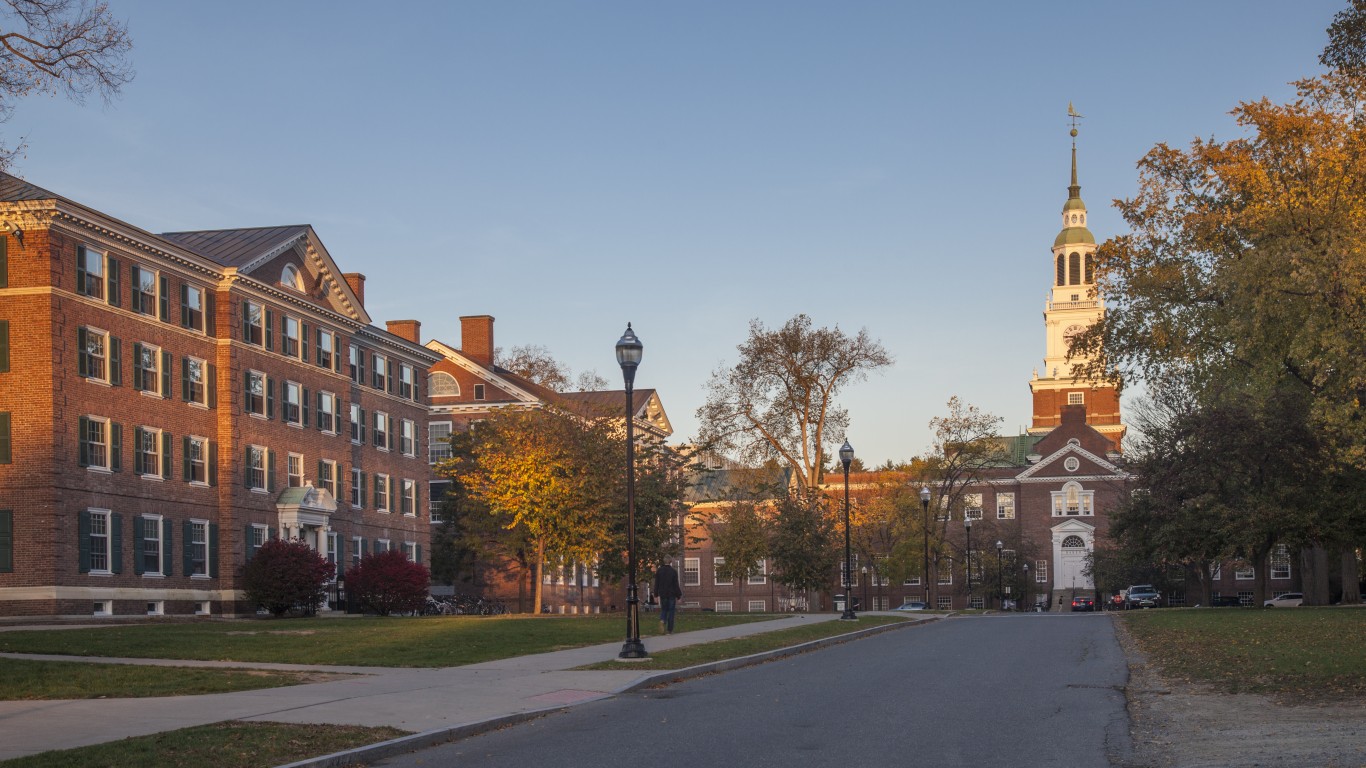 Hanover has numerous advantages over other places in New Hampshire cities. Its median household income of $96,406 is more than $26,000 higher than the next closest city and well ahead of the statewide median, which is $68,485. Hanover is also the best educated place in the state, as 83.1% of adults hold at least a bachelor’s degree. No other city in New Hampshire comes close to that share. For comparison, the state’s bachelor’s degree attainment rate is 35.5%.

With a population of 8,482, Hanover is a smaller city. As such, many residents are able to walk to and from work. Walking not only provides numerous health benefits, but also helps decrease road traffic and reduce pollution. Some 40% of Hanover residents commute by walking — by far the highest rate in New Hampshire and the second highest rate of any U.S. city. 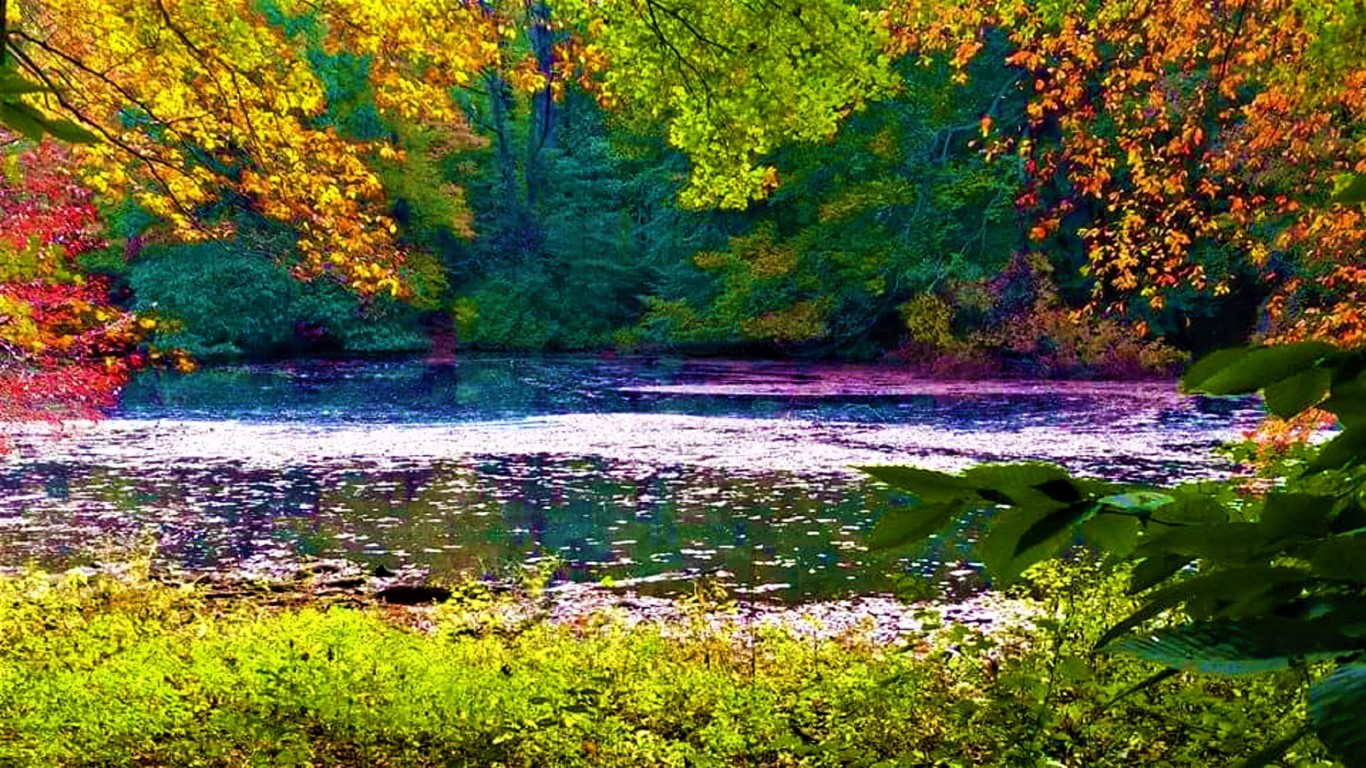 Haddonfield is one of the most economically prosperous places in New Jersey and the United States as a whole. The typical Haddonfield home earns $135,700, nearly $62,000 more than the typical New Jersey household. Haddonfield lies just across the Delaware River from Philadelphia, providing its residents access to the jobs that city offers.

Compared to the rest of the state, Haddonfield residents are not likely to struggle with poverty. The area has a poverty rate of just 2.9%, well below New Jersey’s poverty rate of 10.9%. Though Haddonfield’s cost of living is 11% more than that of the average American city, it is still one of the lowest in New Jersey.