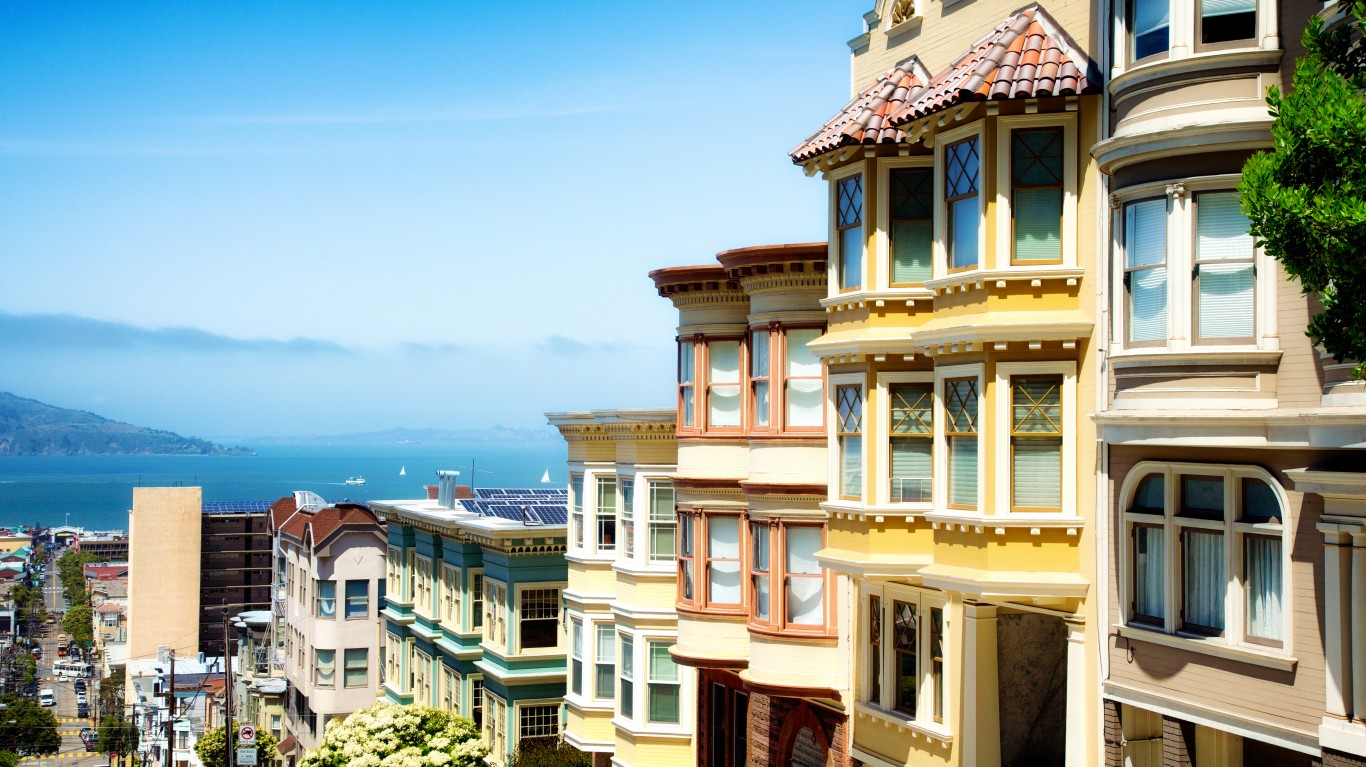 Home to over 870,000 people, San Francisco is the most populous city on this list. Though its cost of living is higher than nearly every other city in the United States, incomes in San Francisco are generally high enough to offset the high prices at least somewhat. The majority of households in the city earn over $100,000 a year while the typical American household earns only about $60,000.

People living in San Francisco have access to a wide range of entertainment, cultural, and recreation venues. The per capita concentration of places like restaurants, bars, gyms, museums, theater companies, and movie theaters is far higher than average. 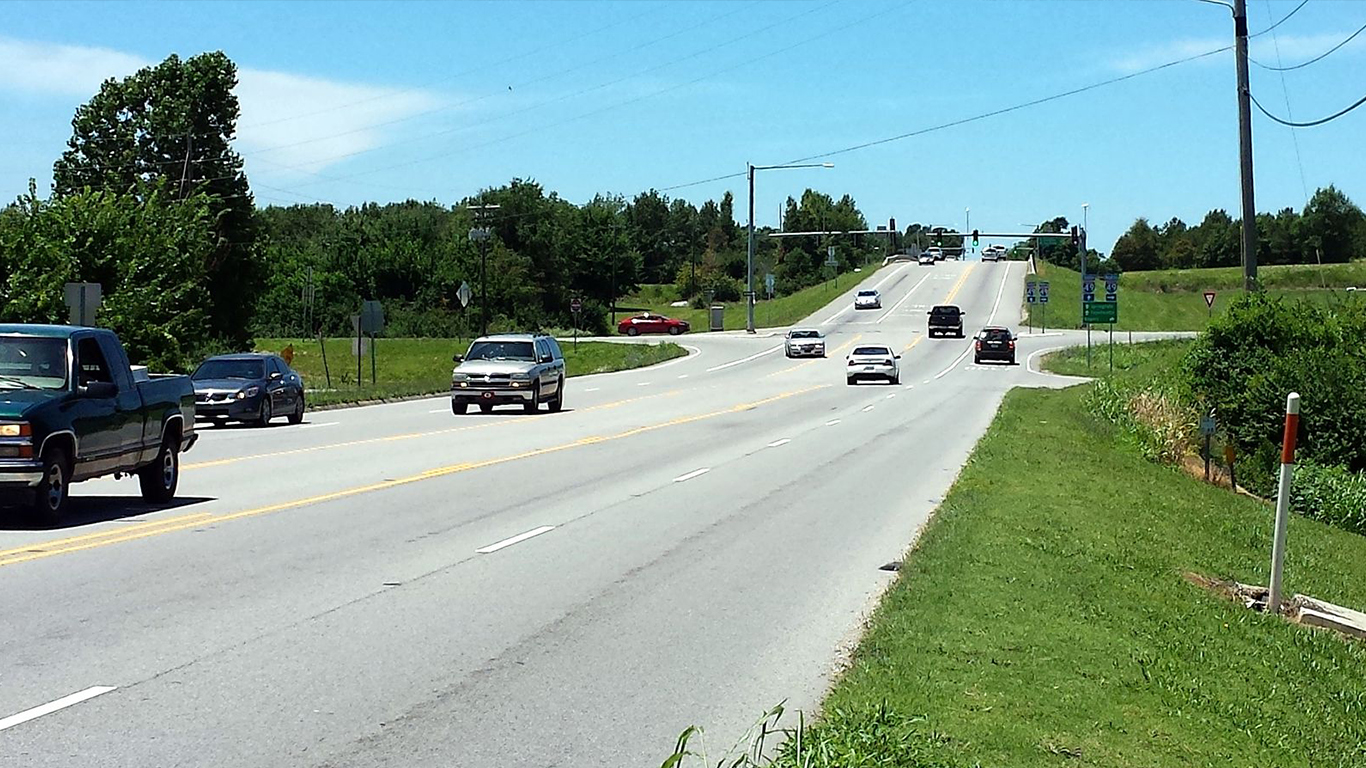 Residents of Lowell, Arkansas benefit from a relatively low cost of living. Goods and services in the city are about 17% cheaper on average than they are nationwide. Not only does a dollar go further in Lowell, but incomes are also relatively high. The typical household in the city earns $66,994 a year, more than $6,000 more than the typical American household. Lowell residents are also less likely than most American workers to be out of work, as the area’s five year average unemployment rate of 1.4% is less than one-quarter of the national 5.9% rate.

As is the case in many cities with relatively high wages and low unemployment, Lowell’s population is growing rapidly. In the last five years, the city’s population increased by 15.1%, more than double the comparable 2.8% national population growth rate over the same period. 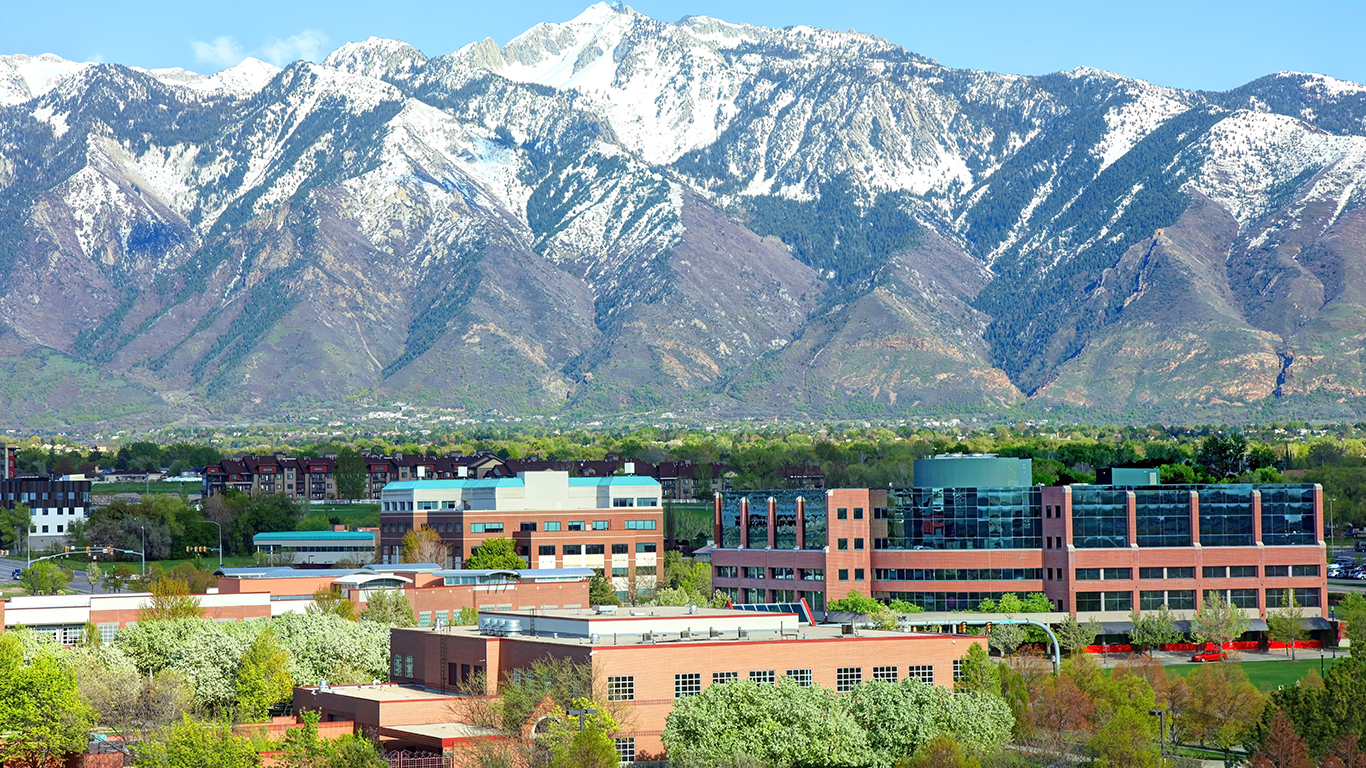 Residents of Sandy, a city less than 20 miles south of Salt Lake City, benefit from a healthy job market. Between 2014 and 2018, the number of people working in the city climbed by 9.2%, well above the national employment growth rate of 6.5%. An average of just 3.1% of the local labor force were unemployed in the last five years, well below the comparable 5.9% national rate.

Like many cities and municipalities on this list, Sandy appears to be an attractive place for new residents and families. In the last five years, the city’s population increased by 6.6%, more than double the comparable 2.8% national population growth over the same period. 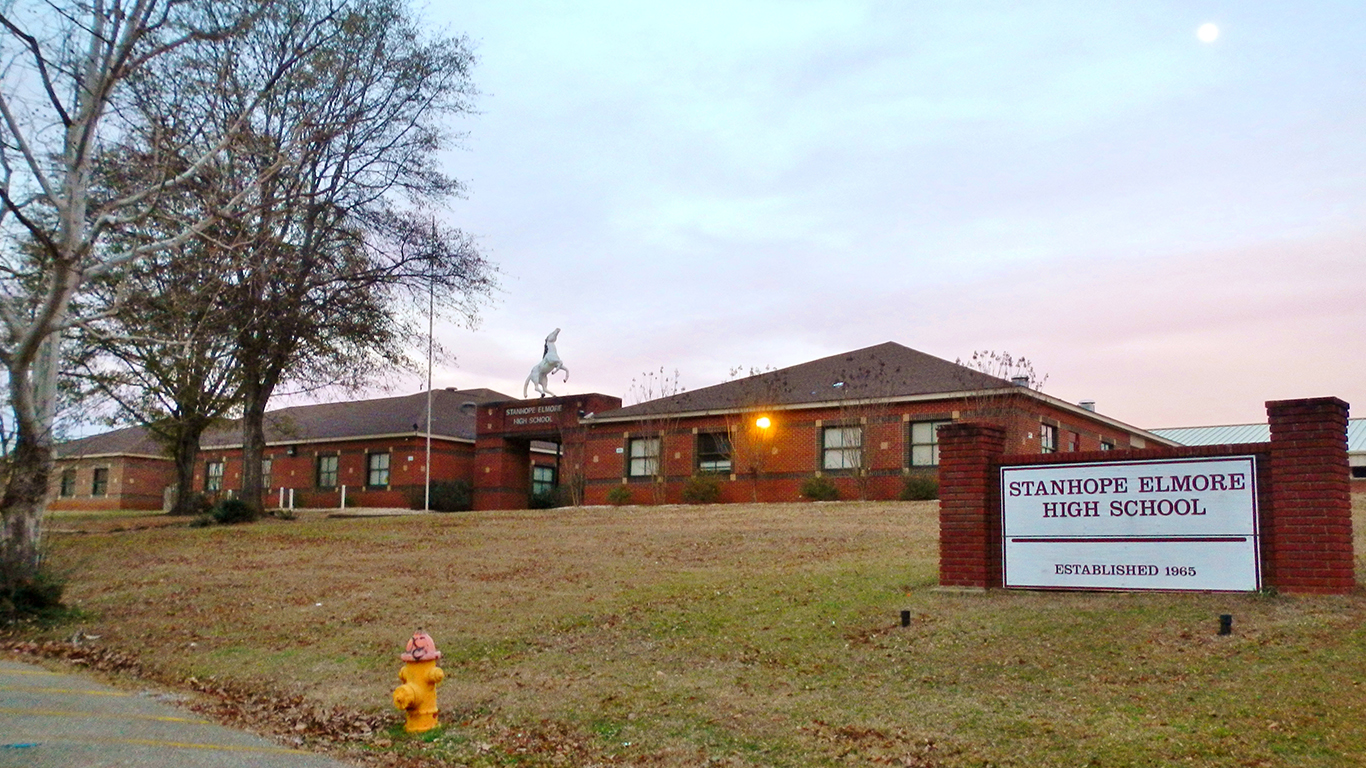 Millbrook is the only city in Alabama to rank on this list. Area residents benefit from low effective property rates as the typical homeowner pays just 0.3% of their home value in taxes each year, a fraction of the 1.2% national average. The area also appears to have plenty of opportunities for gainful employment. According to the Census, an average of just 3.7% of Millbrook’s labor force were unemployed in the last five years, a far smaller share than the 5.9% national rate.

Violent crimes like murder, rape, robbery, and aggravated assault are also less common in Millbrook than they are nationwide. The city’s violent crime rate of 285.5 incidents per 100,000 residents is well below the national rate of 380.6 per 100,000. 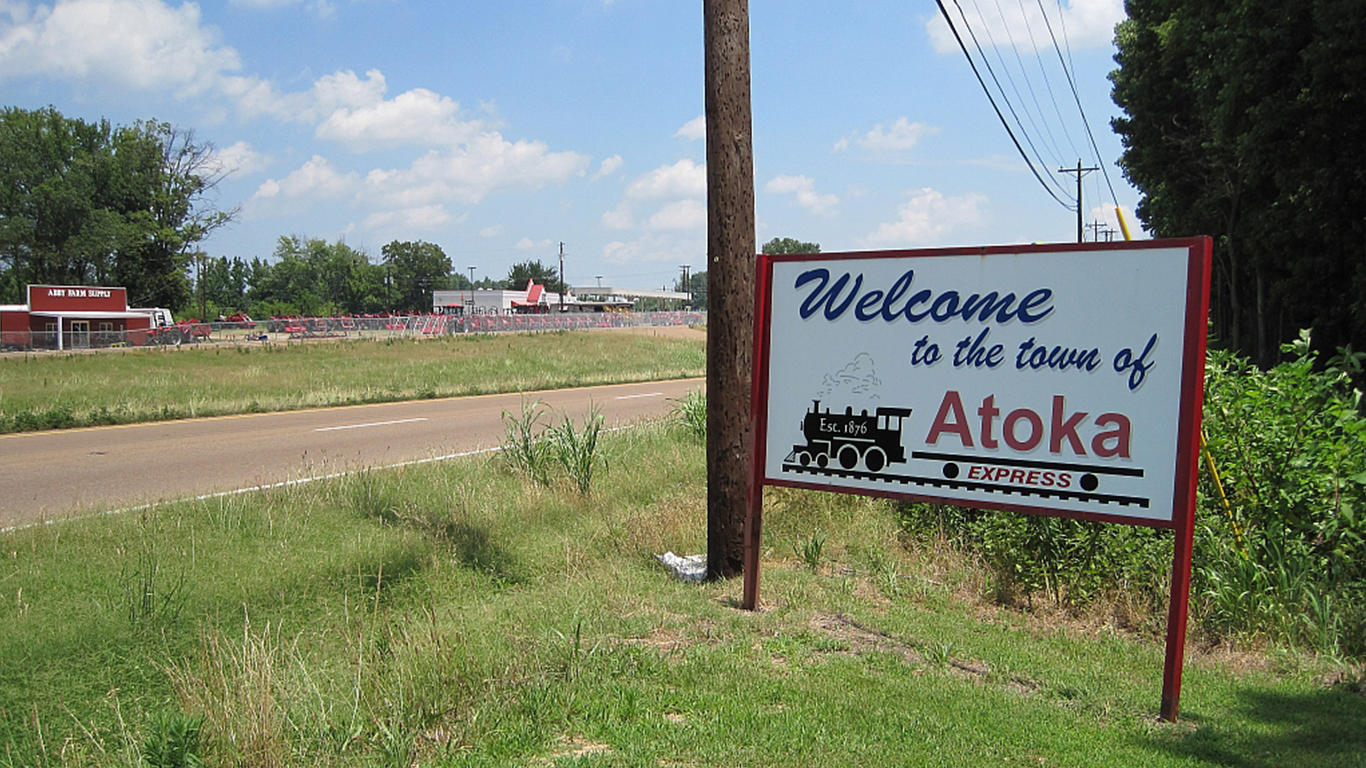 Atoka is a small town in western Tennessee located just north of Memphis. Atoka reported a 6.7% population growth over the last five years. A strong job market may partially explain the influx of new residents. According to the Census, an average of just 2.0% of Millbrook’s labor force were unemployed in the last five years, about one-third the 5.9% national rate. Atoka’s economy also provides relatively high paying jobs. The typical Atoka household earns $91,228 a year, well above the $60,293 national median.