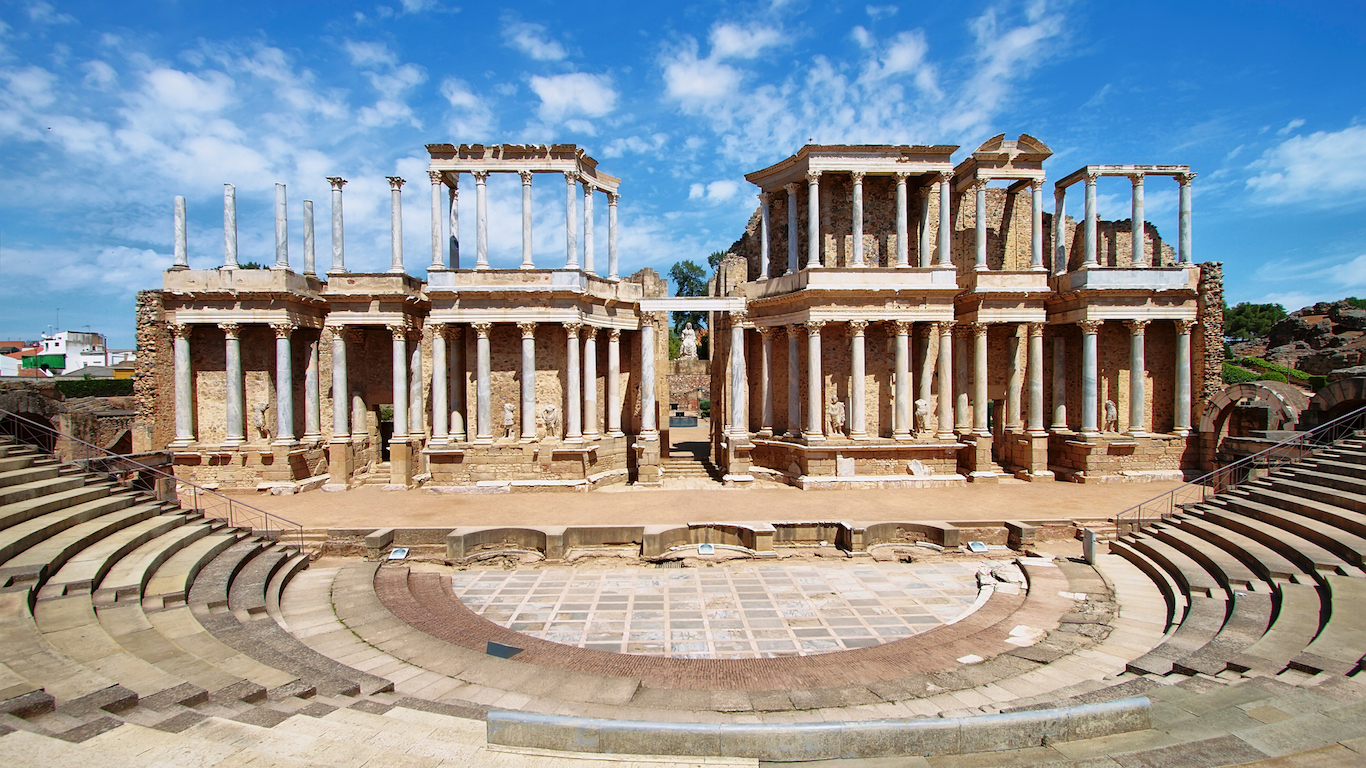 Merida is a city in southwestern Spain, and in ancient times it was known as Emerita. The Roman Empire extended to this part of what is now Spain, and a Roman bridge built during the reign of Augustus still spans the Guadiana River near Merida. The city was big enough to accommodate a garrison of 90,000 soldiers. There is plenty of other evidence of Roman influence in Merida, including an amphitheater, an arch, and a temple to the goddess Diana. The archaeological locations were named UNESCO World Heritage sites in 1993. 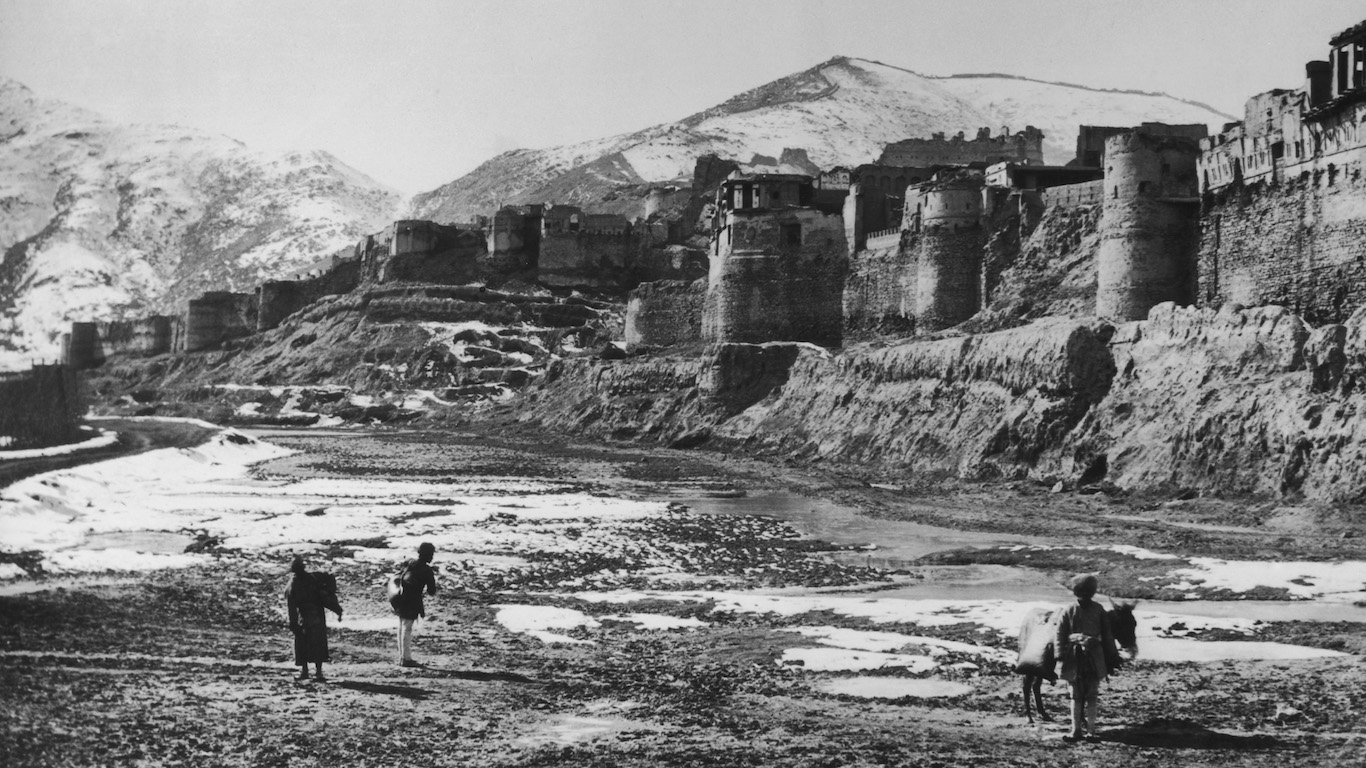 Peshawar, whose name means “frontier town,” is located in northern Pakistan, near the legendary Khyber Pass and just east of the border of Afghanistan. In the ancient era, the city was the capital of the Buddhist kingdom of Gandhara, known variously as Parasawara and Purushapura. Because of its proximity to the Khyber Pass, the city developed into a nexus of trade with Afghanistan and central Asia. Peshawar’s historic buildings include a fort built by the Sikhs and a Buddhist monastery that later became a Hindu temple.

24/7 Wall St.
Great Cities That Came Back After Being Nearly Destroyed 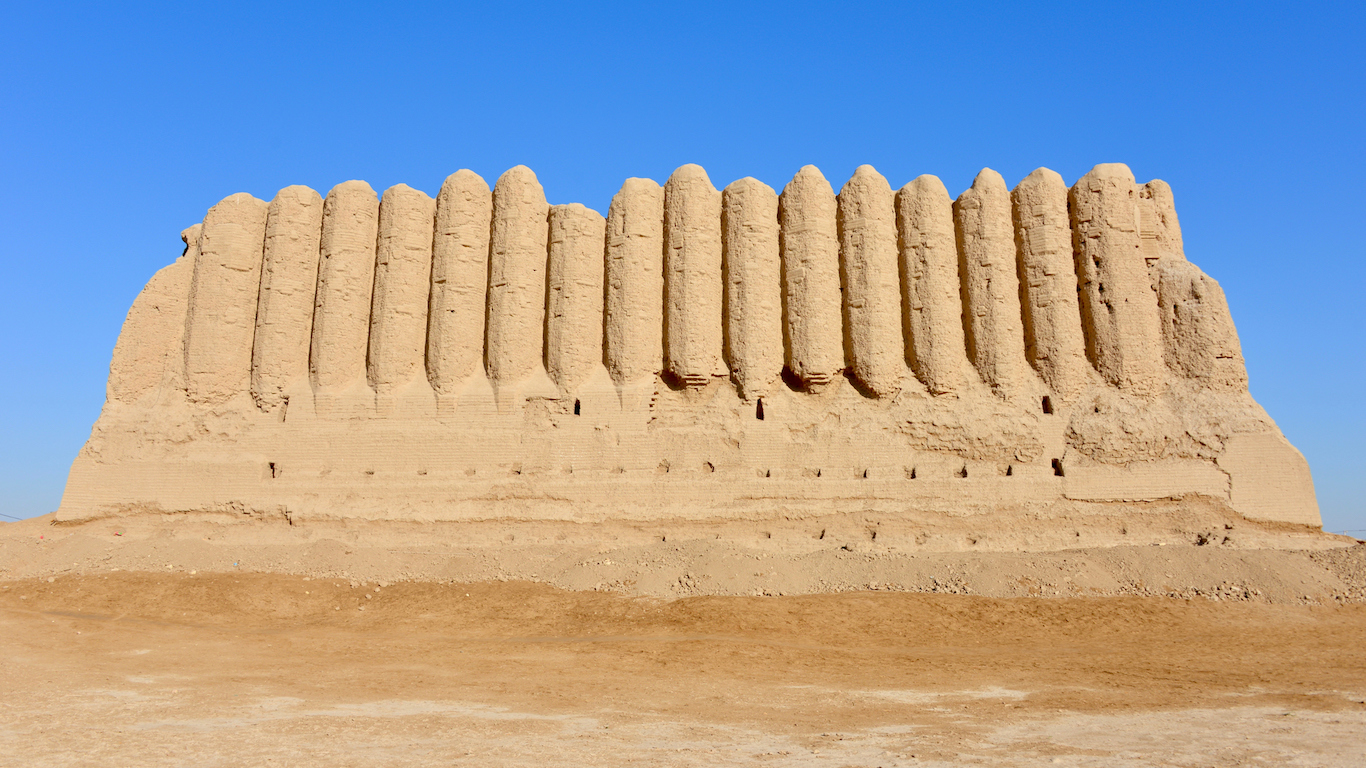 The ancient city of Merv existed where the city of Mary in Turkmenistan is located today. In the year 1150 — after the period reviewed for this list — Merv was the largest city in the world with a population estimated at 200,000. Merv was mentioned in ancient Persian texts and was a prominent city in the Persian Achaemenid Empire. Merv prospered largely because of its position near the Silk Road in central Asia. The city served as a major center for Islamic learning and flourished until Genghis Khan’s army sacked it in the 13th century and killed 700,000. Its importance declined further as the trade routes were bypassed by seagoing commerce. Today, Merv’s urban past can be seen in the ruins along the Silk Road. 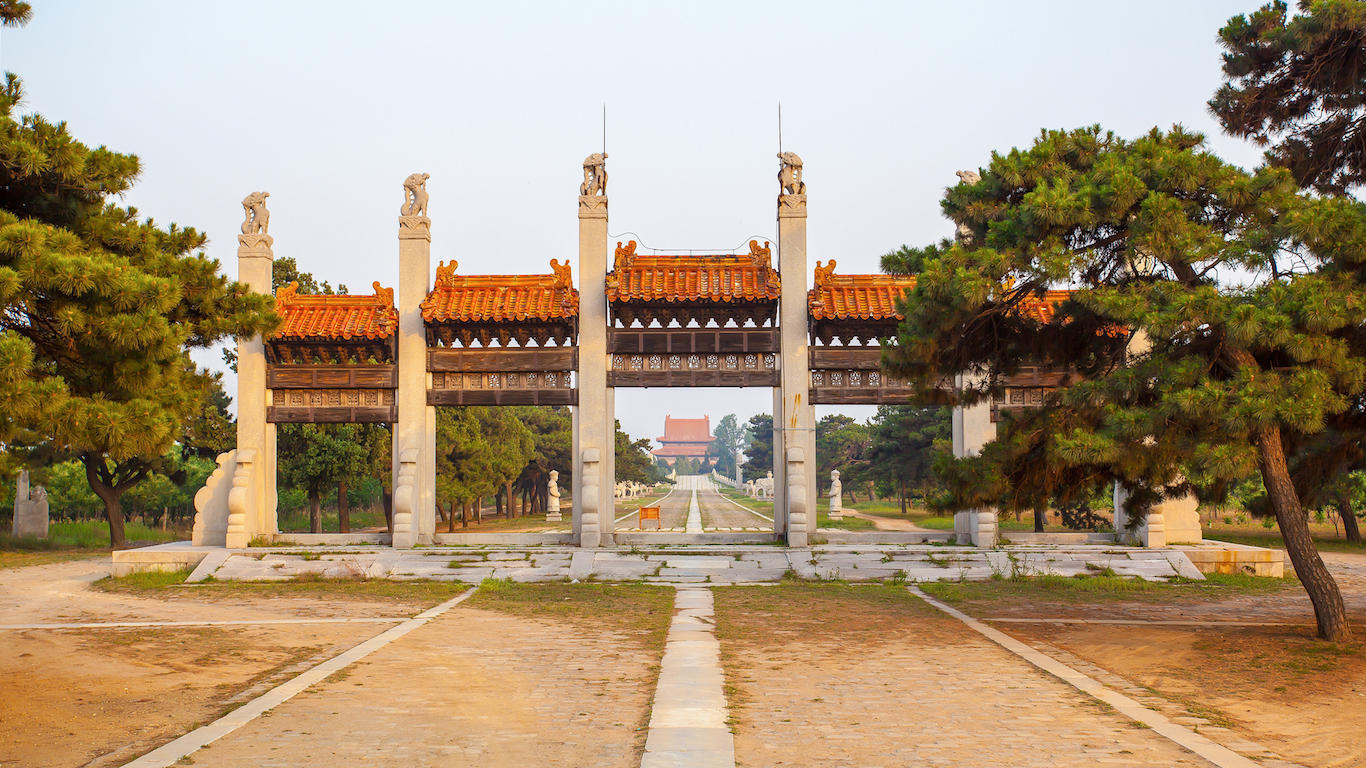 Xianyang, one of 13 Chinese cities on this list, is situated on the Wei River a few miles rom the provincial capital of Xi’an in central China. It has a population of more than 5 million people. Xianyang was the seat of the Qin Dynasty and served as the capital for 13 dynasties. Twenty-seven emperors are entombed in Xianyang. Among them, at the Qian Mausoleum, is Empress Wu Zetian, the only female monarch in Chinese history. 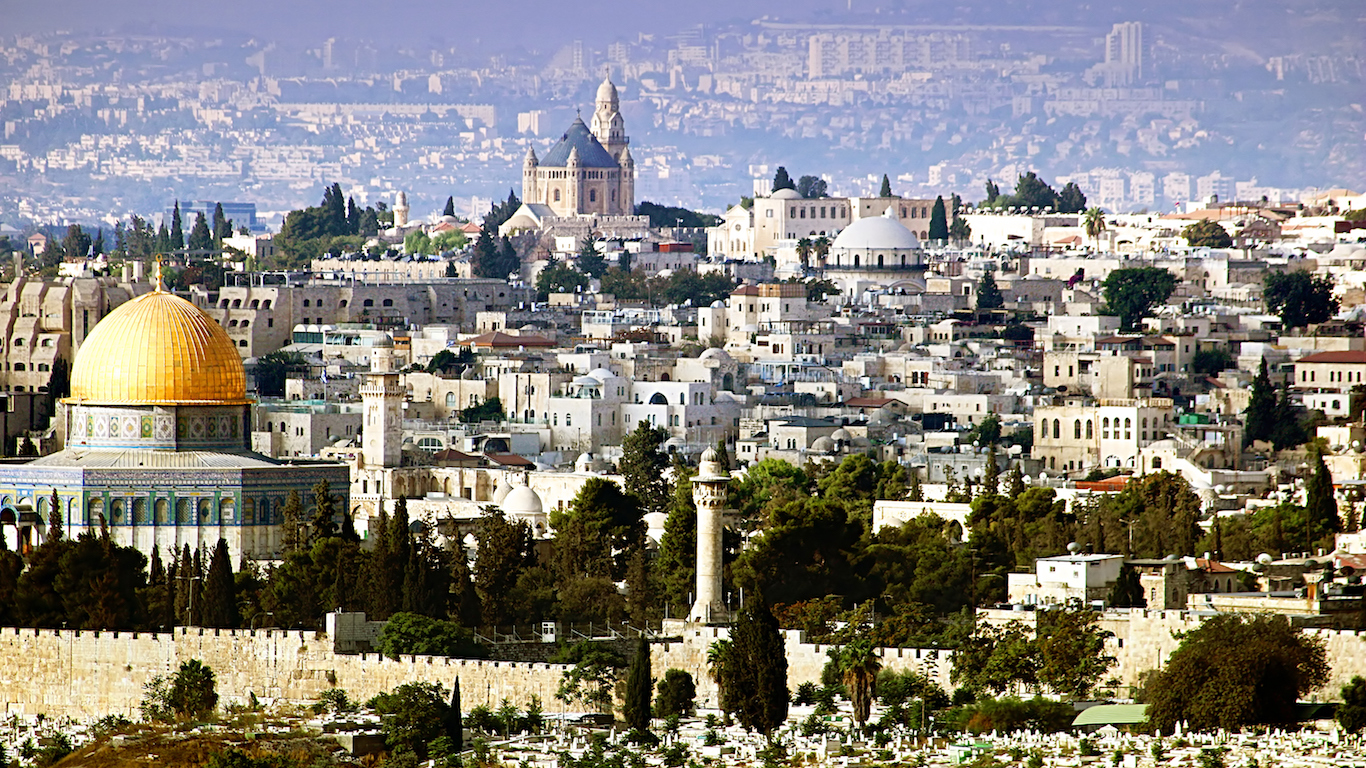 First settled in 3500 B.C., Jerusalem is one of the world’s oldest cities. In the ancient world, it was consistently one of the largest. From about 300 B.C. through A.D. 600, Jerusalem’s estimated population hovered at 100,000. While surpassed during the centuries leading up to the common era by the likes of Carthage, Alexandria, and Rome — each with populations between 250,000 and 500,000 — it was always one of the world’s largest cities in ancient times.

Because of its significance in the texts of the world’s largest monotheistic religions Judaism, Islam, and Christianity, violent conflicts have been waged over the holy city for thousands of years.