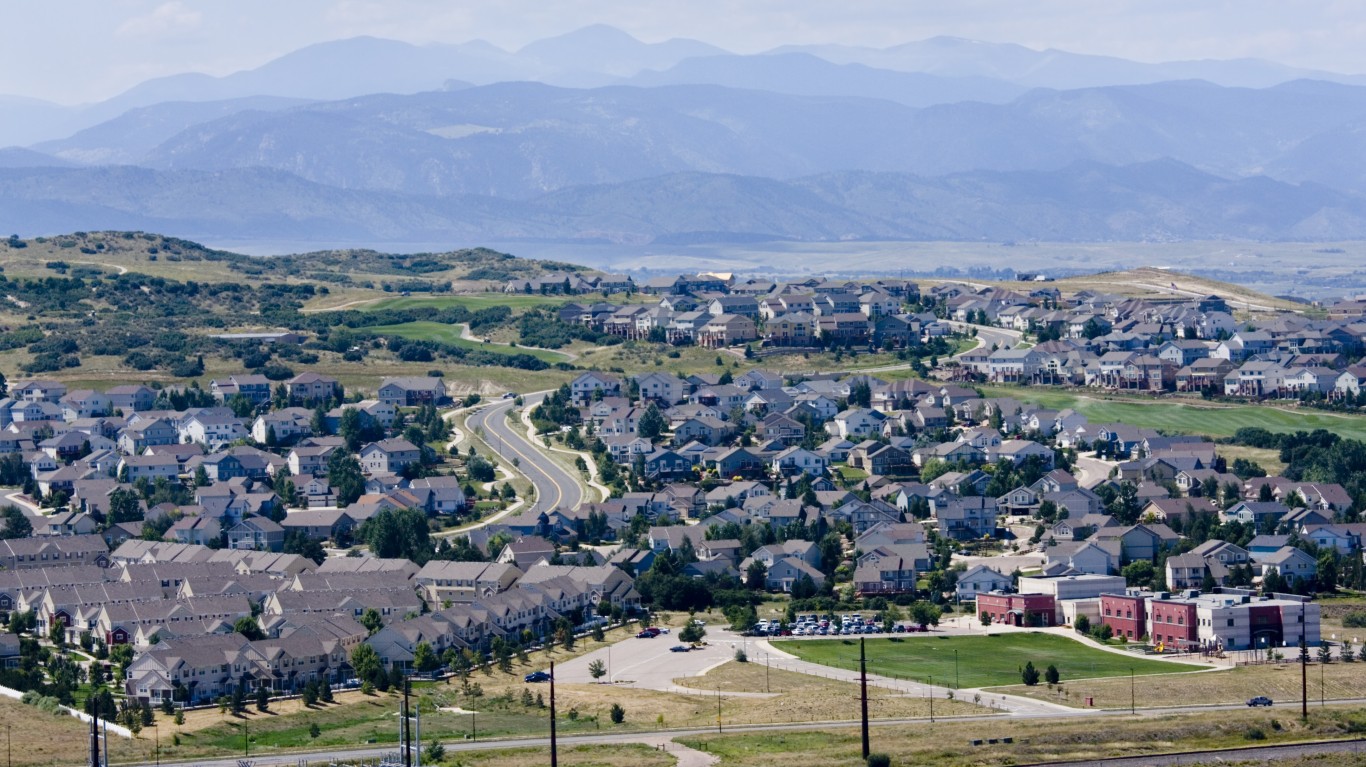 Like in many of the wealthier areas of the country, Douglas County residents are much more likely to work in certain high-paying professions than those who live in lower-income areas. For instance, 12% of Douglas County’s labor force works in either finance, insurance, or real estate — all of which tend to be better paying than the average job. Nationwide, just 6.6% of workers are employed in these fields.

Though Colorado is one of the wealthier states, Douglas County is doing much better in several key economic measures. The county’s median household income of $111,154 a year is more than $45,000 higher than the state median. And while Colorado’s poverty rate of 11.5% is well below the 14.6% U.S. poverty rate, in Douglas County, the poverty rate is just 3.6%. 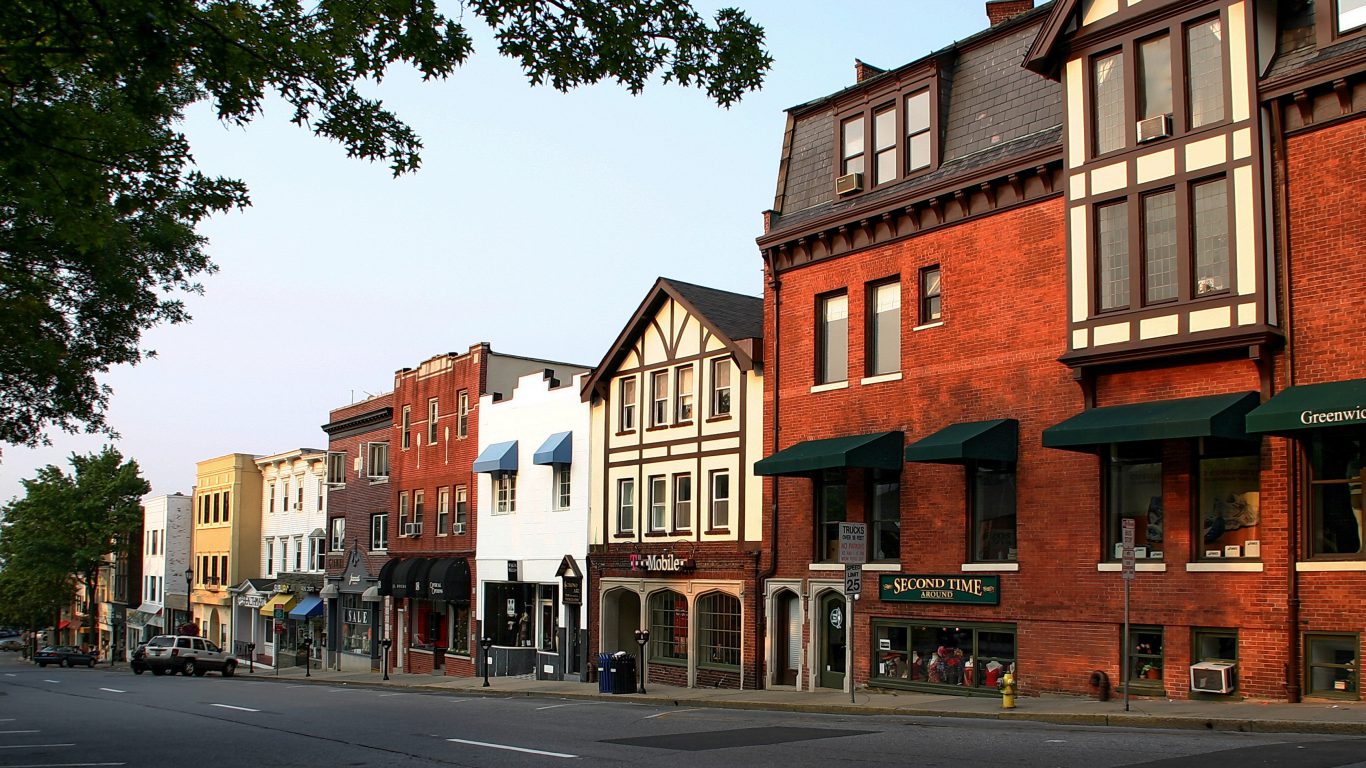 Fairfield County sits on Connecticut’s southern border with New York and is within commuting distance from New York City. This helps explains why county workers are nearly twice as likely to work in the relatively high-paying finance and insurance sector as the typical American. Fairfield County households earn more than those in any other part of the state. 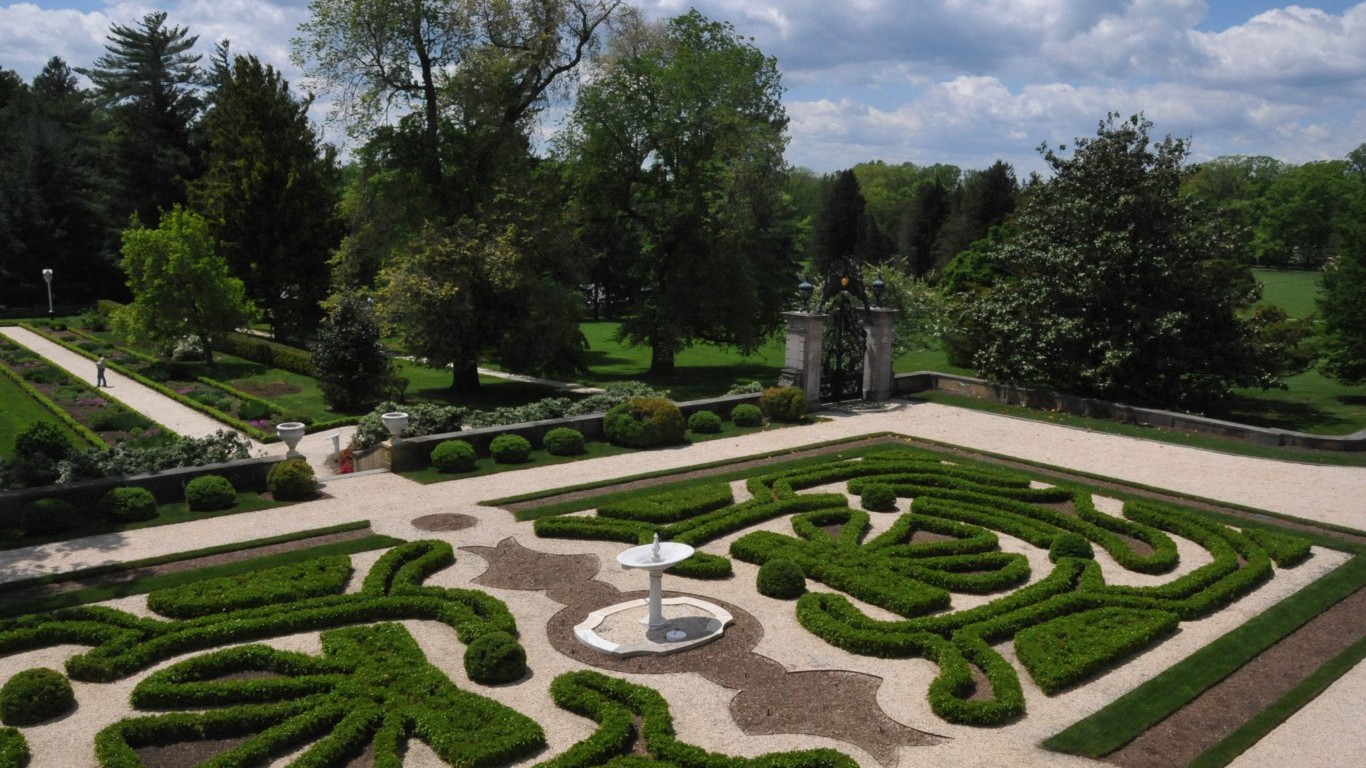 New Castle County is one of just three in Delaware. It is the only part of the state in which the median household income of $68,336 a year surpasses that of the state, which is $5,300 less. The county is within commuting distance from both Baltimore and Philadelphia, providing its residents easy access to those major cities and all of the high-paying jobs they offer. 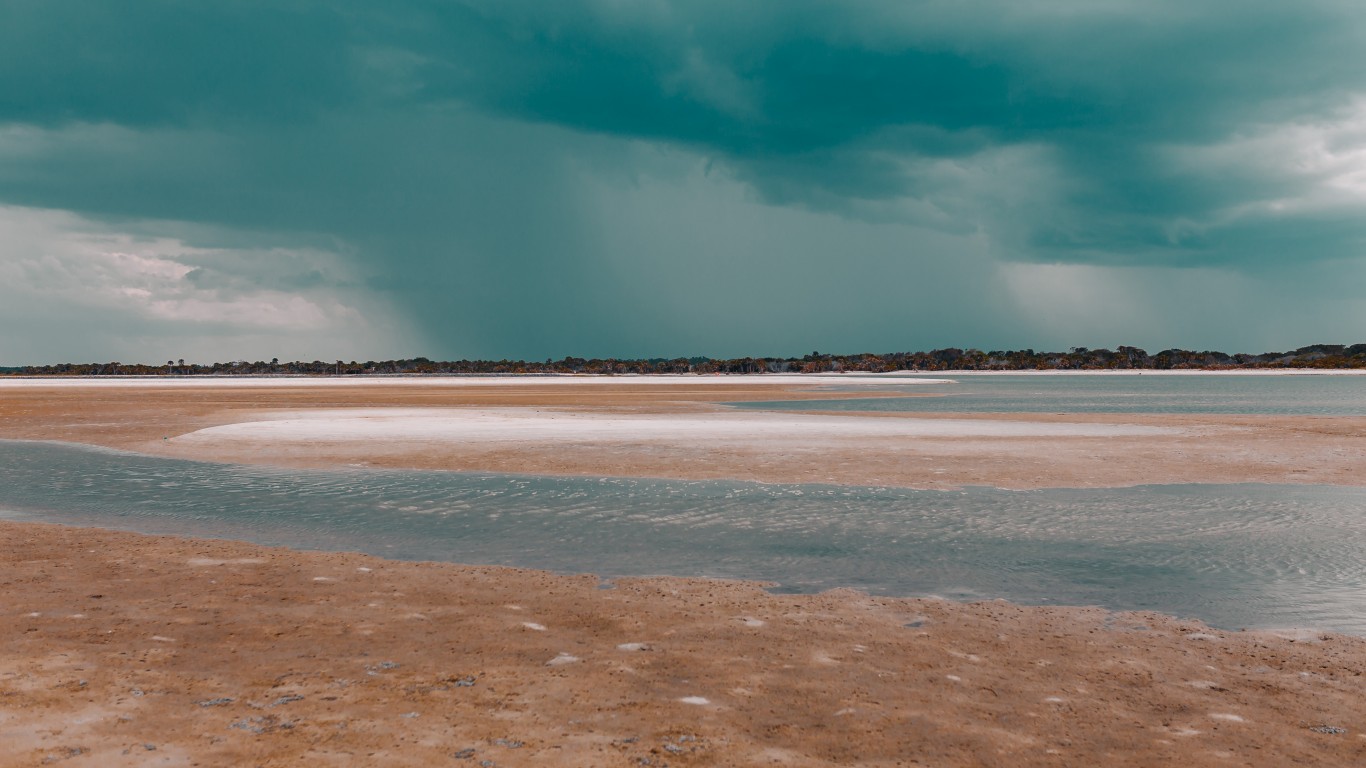 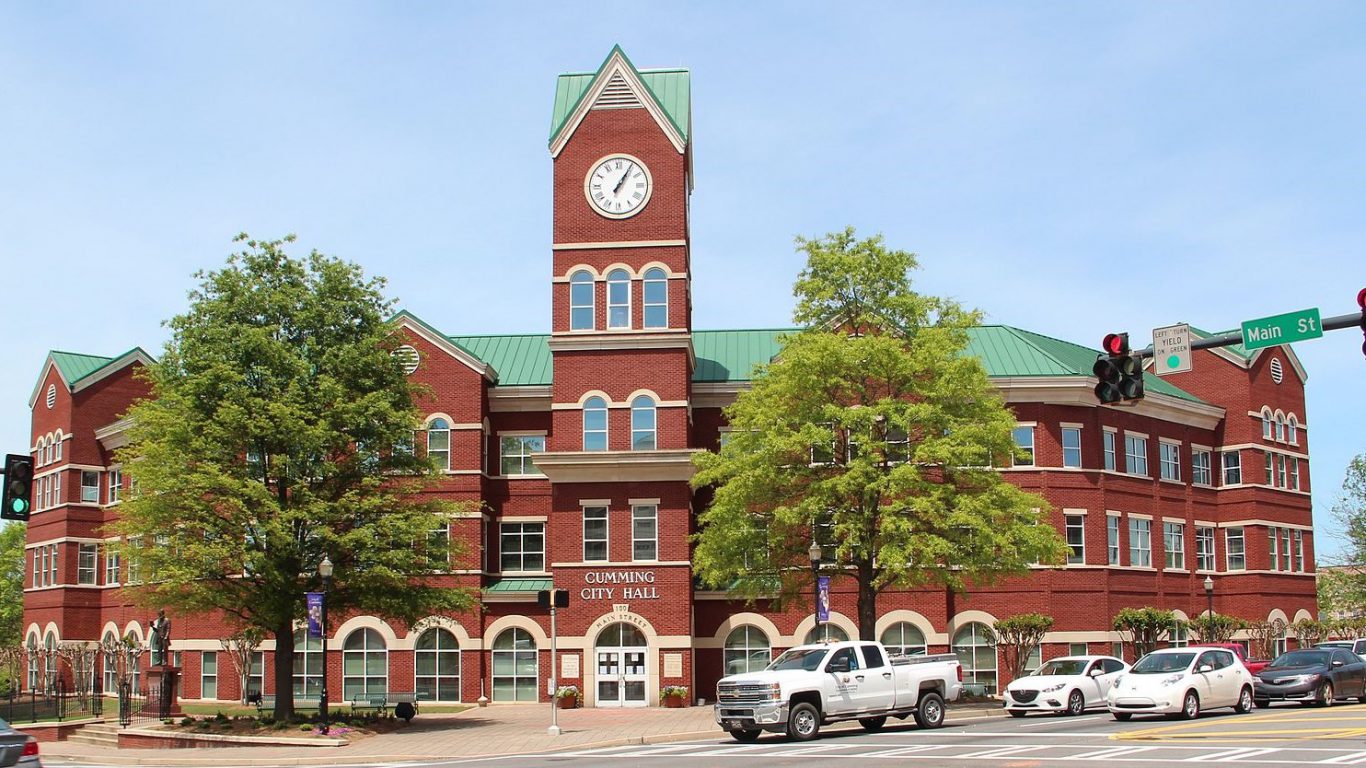 Just a few miles northeast of Atlanta, Forsyth County, Georgia, has a median annual household income of $96,445 — more than $43,000 higher than the median income statewide. More than half of Forsyth County adults hold at least a bachelor’s degree, qualifying them for more high-level, high-paying jobs. Across Georgia, less than 30% of adults graduated from college.