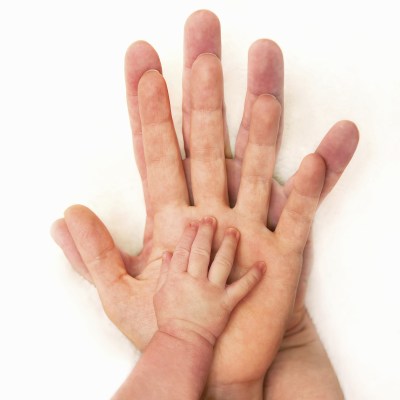 Parents have different approaches to choosing a name for their baby girl or boy. Some consult books or read lists of names in lifestyle guides, while some name their children after celebrities, famous fictional or historical characters, their ancestors, or themselves.

Some names come and go as fads, and some names that were popular make comebacks decades later. There are also names that are only now becoming popular. The U.S. Social Security Administration (SSA) has been tracking baby names since before the turn of the 20th century. We identified the 12 names that have been around for more than a century, but have only become popular in the last few years. These are the 12 American names popular for the first time.

Click here to see the 12 names that are popular for the first time.

The most popular baby names can be grouped into one of three categories. The first includes names that are very old and have never really gone out of style. John, Michael, and Sarah all fall into this category. Because these names have not been out of style at any point in the last hundred years, more people living today are likely to be called one of these. The name Elizabeth, for example, has never dropped lower than the 26th most popular girls’ name since at least the turn of the 20th century.

The second category — the one that makes up our list — includes names that have only recently become popular. In some cases, these are older names that were never common, and others were historically used more as surnames.

Some names also appear to be relatively brand-new. Aria was not even among the 1,000 most popular girls’ names before the year 2000; it was the 31st most common name given to a baby girl last year.

There are also plenty of fad names that spike in popularity only to nearly vanish within a decade. It is impossible to distinguish which names on our list will remain popular and which will vanish. We can only see historical trends. In 1900, 323 girls’ names were a more popular choice than Shirley. Between 1927 and 1941, the name was out of the top 10 most popular names only once. Shirley then declined in popularity, and less than 25 years later it was out of the top 100 most popular names. By 2014, it ranked 908th.

To identify the oldest names that are only now becoming popular, 24/7 Wall St. reviewed the thousand most popular names for each gender in each year between 1900 and 2014 from the Social Security Administration. To make this list, a name needed to have never been in the top 100 names for that gender before 2012.

These are the 12 American names popular for the first time.