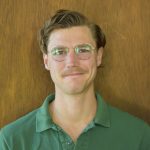 Samuel Stebbins is the assistant managing editor for 24/7 Wall St. and is based in New York City. He has been a data journalist since 2015, primarily covering news and finance.

His articles have been published on a number of platforms, including HuffPost, MarketWatch, MSN, USA Today, and Yahoo Finance. His work has also been cited by The Boston Globe, CBS News, Chicago Tribune, Fox News, The Guardian, NBC’s Today, PBS NewsHour, The New York Times, The Washington Post, and multiple academic texts. His stories have been shared on social media by high profile policy makers, including Vermont Senator Bernie Sanders and former U.S. Labor Secretary Robert Reich.

Samuel attended Hobart College in upstate New York, where he received a bachelor’s degree in political science and was selected for the Pi Sigma Alpha National Political Science Honor Society.

Countries Exporting the Most Guns to the US

Gun sales exploded in the United States in 2020, reaching an all-time high of nearly 23 million. Surging U.S. sales were a boon not only for American gun makers, but also for the global firearm...
Samuel Stebbins
13 days ago
Last Updated: 10 days ago

Places Where the Fewest Veterans Live

There are over 17.8 million military veterans living in the United States. These men and women, who have sacrificed more for their country than most lifelong civilians ever will, reside in cities and...
Samuel Stebbins
15 days ago

The City With the Most Gun Stores in Every State

There are over 393 million guns in circulation in the U.S., according to estimates from the Small Arms Survey, far outnumbering the national population of 327 million. In the United States –...
Samuel Stebbins
16 days ago

The Big City With the Oldest Population in Every State

States Where Fewer People Are Quitting Their Jobs

For months, Americans have been quitting their jobs in record numbers. Quits hit an all-time  high of 4.5 million in November 2021 and have hovered near that mark every month since. While monthly...
Samuel Stebbins
16 days ago
Last Updated: 16 days ago

For months, the American job market has been suffering from a historic labor shortage. Major disruptions in recent years – including reduced immigration, mass retirements, and surging quit...
Samuel Stebbins
17 days ago
Last Updated: 17 days ago

As the recent mass shootings at a supermarket in Buffalo, New York, and an elementary school in Uvalde, Texas, show, gun violence is a public health crisis in the United States. And according to data...
Samuel Stebbins
17 days ago

States Where the Most People Are Quitting Their Jobs Right Now

Americans have been quitting their jobs in record numbers in recent months – a trend that shows few signs of slowing. According to the Bureau of Labor Statistics, nearly 4.3 million Americans...
Samuel Stebbins
17 days ago
Last Updated: 17 days ago

The 25 Countries Selling the Most Weapons

According to a recent report by the publication Foreign Policy, Russia’s planned arms sales to several African nations, primarily Algeria, Angola, Egypt, and Sudan, has been cut significantly...
Samuel Stebbins
17 days ago
Last Updated: 17 days ago

States With the Most Job Openings Right Now

The number of unfilled jobs has hit multi-decade highs in recent months, and businesses across the country are struggling to find and hire workers. There were more than 11 million job openings...
Samuel Stebbins
19 days ago

The Number of Bombings Last Year in Every State

Many of the worst domestic terrorist attacks in the last several decades have been bombings. Such incidents include the spree of bombings carried out by Ted Kaczynski, the Unabomber, between 1978 and...
Samuel Stebbins
20 days ago

There are over 17.8 million military veterans living in the United States. These men and women, who have sacrificed more for their country than most lifelong civilians ever will, reside in cities and...
Samuel Stebbins
21 days ago

16 States That Protect the Right to Abortion

The June 24, 2022, Supreme Court decision to overturn Roe v. Wade eliminated the constitutional right to an abortion in the United States. In the absence of federal protections to abortion access,...
Samuel Stebbins
22 days ago

Cities With the Oldest Populations

States Where the Most Guns are Traced by the Federal Government

Crimes committed with firearms – particularly homicide – are a growing problem in the United States. Over 19,000 people were murdered with a gun nationwide in 2020, up 35% from the...
Samuel Stebbins
24 days ago
Get Our Free Investment Newsletter