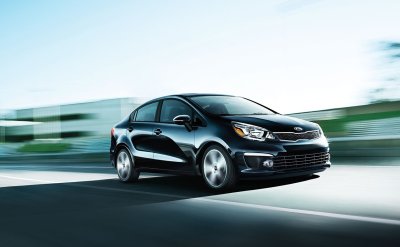 With a fair purchase price of $13,754, the Kia Rio is the fifth least expensive car on the market. A Rio with automatic transmission gets 37 mpg on the highway and 27 mpg in the city. The Rio competes primarily with the Chevrolet Sonic, Ford Fiesta, Nissan Versa, and Hyundai Accent. A South Korean company, Kia Motors America accounts for 3.5% of all vehicles sold in the U.S. market. As with many economy cars, Kia Rio sales are lagging. Year to date, Kia has sold 20,276 Rios, significantly less than the 29,387 sold by this time last year. 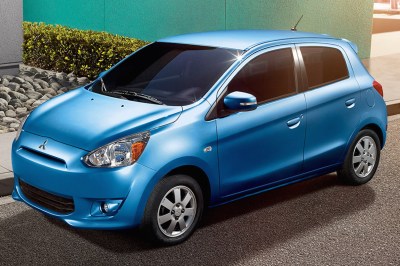 The Mitsubishi Mirage is a small, 4-door, five-passenger subcompact car. With a highway fuel economy of 44 mpg, it is the most fuel efficient non-hybrid car on sale in the U.S. market. After selling nearly twice as many Mirages in 2014 than was expected, Mitsubishi is not making any changes to the Mirage until the 2017 model year. The Mirage is the first mass-produced car imported from Thailand. 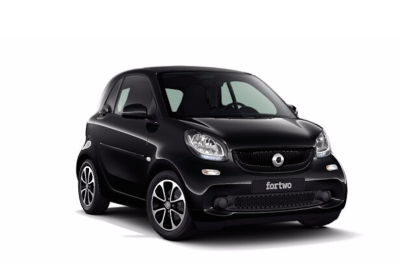 The smart car was first introduced to European drivers in 1997, after the Swiss watchmaker Swatch partnered with German automaker Mercedes-Benz to create an affordable car for efficiency-oriented city drivers. With two seats and a 3-cylinder engine, smart’s base model’s name is also an apt description of its size — the fortwo is the smallest car sold in the U.S. market. Smart’s fortwo pure hatchback is also one of the least expensive cars on the American auto market. Drivers can expect to pay $12,657 for a new smart fortwo pure hatchback. 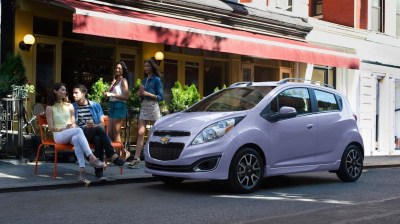 At $12,262, the Chevrolet Spark is one of the cheapest new cars available to American motorists. Spark owners also spend less at the pump. The Spark, classified as a subcompact car by the EPA, gets an estimated 39 mpg on the highway. While the vehicle’s low cost appeals to some consumers, its compact size may also be appealing to drivers living in cities where parking options are limited. Chevrolet has sold 27,839 Sparks so far this year, slightly less than the 30,937 it had sold by this time in 2014. 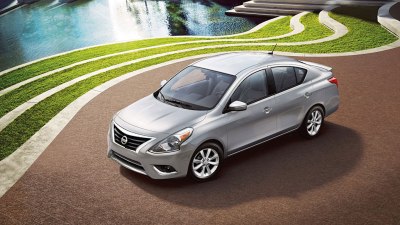 At just $11,742, the Nissan Versa is the least expensive car in the U.S. market today. Like most of the cars in this category, the Versa is classified as compact by the EPA. The Versa underwent a full redesign in 2012, in part to improve fuel economy. An economy car, the Versa ranks slightly below average in J.D. Power and Associates’s studies of comfort, style, performance and design. A manual-transmission Versa has an EPA estimated fuel economy of 36 mpg.

Click here to see the most expensive cars in America