America's Most (and Least) Valuable States 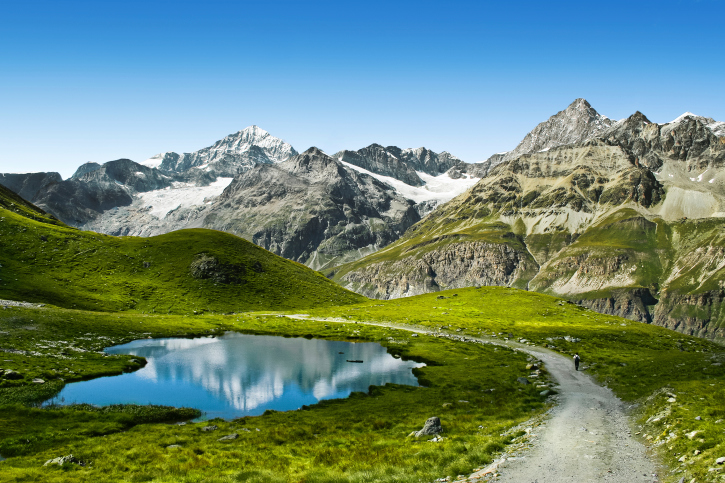 A recent study estimates that the combined value of all land in the contiguous United States is worth nearly $23 trillion. The most valuable state, according to the survey, is California, which accounted for 17% of the total value of the 48 bordering states. New Jersey, however, had the most valuable real estate relative to its size, estimated at $196,400 per acre, or 16 times the average value per acre across the contiguous U.S.

The study, authored by William Larson, senior economist at the Federal Housing Finance Agency and previously at the Bureau of Economic Analysis, estimated the value of different property types, including agricultural areas, federal land, and developed suburban and urban areas.

States with generally larger rural areas tended to have a lower value relative to their size, while more densely populated states that contain large urban centers had the highest estimated worth per acre. 24/7 Wall St. reviewed the estimated value of land in each of 48 states.

Click here to see the most (and least) valuable states

The type of land in a given area has a significant impact on its worth. Agricultural and other largely undeveloped areas are generally worth significantly less than cities and suburbs land. Developed land, or land where housing, roads, and other structures are located, was valued at an estimated $106,000 per acre, while undeveloped land was estimated at $6,500 per acre, and farmland at only $2,000 per acre.

Since developed property is more valuable, it is not surprising that most of the states with the highest per acre land values are predominantly urban, such as New Jersey, Rhode Island, Connecticut, and Massachusetts. These Northeastern states are smaller and have less rural acreage to bring the average value down. In fact, the six most valuable states were also among the 10 smallest states by landmass.

Conversely, states with the lowest per acre valuations had far more agricultural land. In fact, in 12 out of the 24 states with the least valuable land, at least half of the land was dedicated to farming.

Historical events largely explain the federal government’s role in land ownership. The Louisiana Purchase and the conclusion of the Mexican-American War left huge swaths of what is now the western part of the United States in the hands of the federal government. All 10 of the states with the largest proportions of federally-owned land are west of Kansas. Much of this land was never claimed during the homestead era, as it was far less fertile than other land that was claimed. Partly as a result, it remains federally owned.

As a result, western states with a lot of federal land tend to have lower average values per acre. In Nevada, for example, an estimated 86.8% of the state’s total acreage is owned by the federal government, the highest share in the country. The state ranked as the third least valuable in the contiguous U.S. on a per acre basis. More than 30% of land in nine of the 15 least valuable states was federally-owned as of 2009.

To identify the most (and least) valuable states, 24/7 Wall St. reviewed the estimated average values of each state on a per acre basis based on data from a working paper by William Larson published by the Bureau of Economic Analysis (BEA) in April 2015. To generate a comprehensive valuation of the 48 contiguous states for the first time, the study, “New Estimates of Value of Land of the United States,” employed a range of land value models to estimate land prices as of 2009. Larson calculated prices over geographical areas as small as 30 meters by 30 meters from satellite images to determine the total value of a state’s land. The study does not consider Alaska or Hawaii. Dr. Larson completed this research while working at the BEA. However, he now works for the Federal Housing Finance Agency.

These are the most (and least) valuable states.